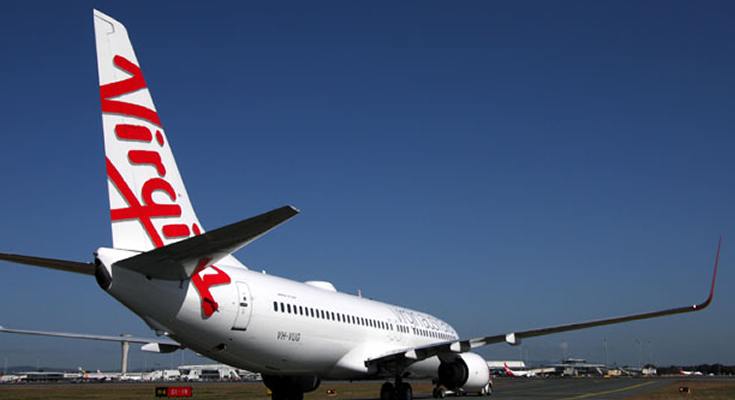 Sound familiar? Well, that’s what we got from Virgin Australia on Friday morning and it raises questions about the health of the domestic and international aviation markets.

It was a very different reading of the market than that delivered by Qantas earlier this month. Qantas in fact revealed solid growth in revenues domestically and internationally since January 1.

A major factor in the softer market and revenues was the now usual dampening impact of a federal election (which in NSW closely followed a state poll).

Virgin told the ASX that it “expects FY19 underlying earnings to be at least $100 million down on the FY18 comparative result of $64.4 million, reflecting the uncertainty of revenue trading conditions in the domestic market and inclusive of annual fuel and foreign exchange headwinds in excess of $160 million.

Virgin said in the update the latest guidance was “based on current economic conditions, capacity and forward booking trends.”

“Demand has weakened in both the corporate and leisure sectors, driven by lower levels of consumer and business confidence, consumer spending and the impact of the Federal Election.

“The corporate sector has been affected by the timing of the Easter holiday period and has been slow to recover due to the impact of the Election.

And the kitchen sink of cost-cutting is being prepared, Virgin said in the Friday statement that it is “responding to changing trading conditions, having initiated a network review and has made some immediate adjustments to capacity and the frequency of services to better align with demand conditions.”

New CEO, Paul Scurrah, said: “While we have continued to grow revenue, this announcement shows that our business needs to become more resilient to challenges such as weaker demand, high fuel prices, and the foreign exchange environment.

“There is a lot of work being done to develop our new strategy that will help position the Group for long-term success. In the meantime, we are focused on short-term improvements including capacity and network reductions to ensure we are better meeting current demand from the corporate and leisure sectors.”

In other words, cost cuts are coming. Mr. Scurrah replaced longtime CEO, John Borghetti who retired on March 25, so much of the revenue slide was on his watch.

The contrast between Virgin’s experience and that of Qantas is very telling. Gloom from Virgin, growth from Qantas.

In its update, Qantas said that March quarter revenue grew by 2.3% cent to $4.4 billion.

“This performance was despite a shift in the timing of Easter, which commenced in the third quarter of FY18 but moved wholly into the fourth quarter of FY19. This meant a significant amount of revenue also moved into the fourth quarter, with a favourable alignment between public holidays and school holidays driving very strong leisure travel demand.

“Normalising for this shift, Group revenue for the four months from 1 January 2019 grew by approximately 5.5%.

Continued capacity discipline in Group Domestic (down 1 percent) and Group International (down 1.9 percent) assisted with yield management and recovery of fuel costs.

Group Domestic Unit Revenue increased by 1.1 percent, in line with expectations given the Easter timing shift. Ongoing strengthening in the resources market more than offset weakening demand in other parts of the corporate market,” Qantas said.

Qantas said its overall market share of corporate travel revenue increased by 2.5 percentage points in the quarter to its highest level in three years, despite a net reduction in capacity. Market share of small-to-medium business travel continued to grow, assisted by initiatives from Qantas Loyalty.

That is a very different tone to that from Virgin on Friday. One airline has obviously got it right, the other?