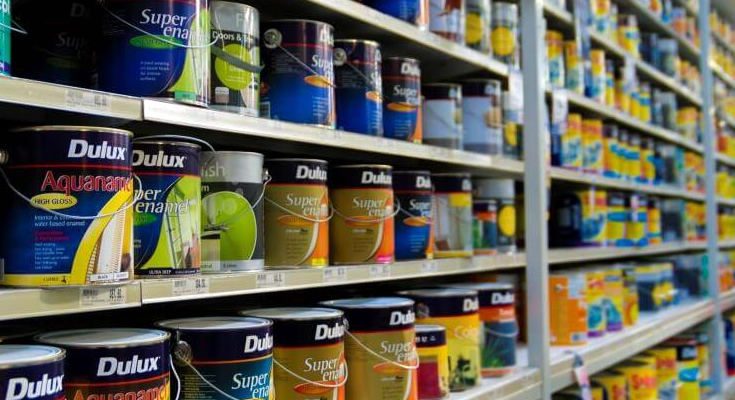 Ahead of shareholder approval of the takeover offer from Nippon Paint, DuluxGroup has announced a special dividend on a top of its interim dividend for the six months to March 31.

The company blamed a “challenging” first quarter for the weaker profits, although a stronger second quarter helped make up for it. It announced a dividend of 43 cents fully franked, made up of a 15-cent interim dividend and a 28-cent special dividend.

Despite the dip in interim profit, Dulux said it was maintaining its previous full-year guidance.

“Our overall view of the market remains consistent with our commentary at our December 2018 AGM,” Dulux said in its earnings release yesterday.

“Despite weaker market conditions in the December quarter, conditions generally improved in the March quarter, with good momentum flowing into April. Our core existing home renovation markets, which account for approximately two-thirds of DuluxGroup revenue, are expected to continue providing resilient, profitable growth.

“Subject to economic conditions, and excluding non-recurring items and impacts associated with the Nippon Paint Scheme of Arrangement, we expect that 2019 net profit after tax will be higher than the 2018 equivalent of $150.7 million,” the company said.

On the takeover from Nippon Paint, Dulux indicated yesterday that a Scheme booklet, including the Independent Experts Report, is on track to be delivered to shareholders in late June. “A Scheme meeting, at which Shareholders can vote on the Scheme, is scheduled to take place in late July or early August. The process for securing customary regulatory approvals is on schedule.”

Dulux pointed out that the reported net profit after tax of $68.2 million was $2.9 million, or 4.1% below prior year’s adjusted NPAT, which excluded a number of one-off items that favourably impacted the prior year by $8.1 million. That means the $68.2 million was $11 million or more than 14% lower than the interim in 2017-18.

Sales revenue was $892.9 million. Dulux said that on a like for like basis, excluding the divested and exited paints businesses in China, sales revenue grew 0.2%.

“Overall, sales revenue and EBIT were flat for the half excluding last year’s favourable one-offs. The first quarter was particularly challenging, as predicted, offset by a stronger second quarter, in which revenue growth returned to a more normal 4% level,” said DuluxGroup managing director Patrick Houlihan.

“Our stronger second quarter trading, which has continued into April, gives us confidence about our second half and full year.”