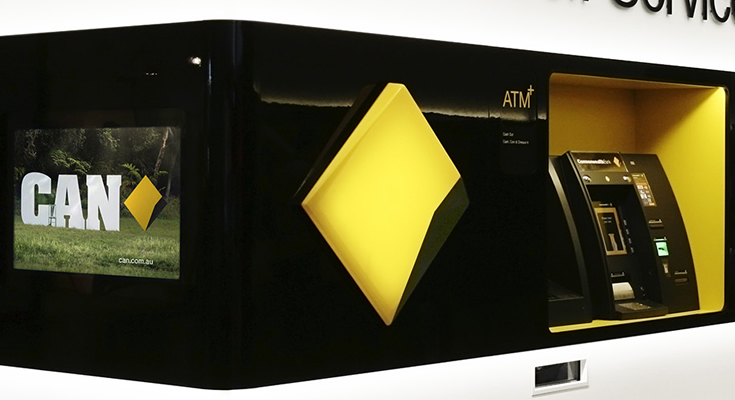 Commonwealth Bank’s third-quarter profit slumped 28% to $1.7 billion for the three months to March, as it was hit by hefty costs from compensating customers.

In a trading update on Monday, CBA said the slump in earning was caused by a new round of $714 million in provisions for customer remediation, mainly in its wealth division.

The latest provision includes $334 million for issues from aligned wealth advisers including fees for no service and $224 million in other refunds.

The $334 million set aside for aligned advice remediation followed $200 million in the first half, with $374 million of the total $534 million going on refunds and interest.

CBA’s in-house refund provisioning hit $834 million after another $72 million for wealth refunds in the third quarter and $152 million for banking.

There was also another $156 million in costs including the implementation of the royal commission recommendations.

“We are committed to improving outcomes for our customers, addressing past failings and compensating customers quickly,” chief executive Matt Comyn said in the statement.

“The additional $714 million in pre-tax customer remediation provisions taken in the quarter demonstrates this commitment, and builds on a range of other initiatives to achieve better customer outcomes, including removing and reducing fees for our customers.”

The CBA’s provision takes the total from it, Westpac ($617 million), NAB ($525 million) and CBA ($714 million) to a total of provisions for customer remediation costs to more than $1.85 billion.

The CBA said its cumulative spending and provisions on customer remediation, which includes compensation payments and related administrative costs, had now hit $2.17 billion. Add in the $1.14 billion from the ANZ and NAB and the cost is a not insubstantial $3.3 billion so far this year from the trio.

Mr. Comyn acknowledged the impact on the banks’ profit line but pointed to growth that included a 2.5% gain in its mortgage book over the quarter, a 2.8% rise in household deposits, and a 2.3% in business credit.

“While headline profitability was impacted by higher remediation provisions, our sound business fundamentals ensure we remain well-placed in a challenging environment,” Mr. Comyn said in the statement.

Excluding one-off items, profit fell 9% on the average of the first and second quarters as expenses rose 1% operating income dipped 4%.

The new provision will put further pressure on the CBA to cut its final dividend of $2.31 a share. It paid a steady $2 a share interim earlier this year.