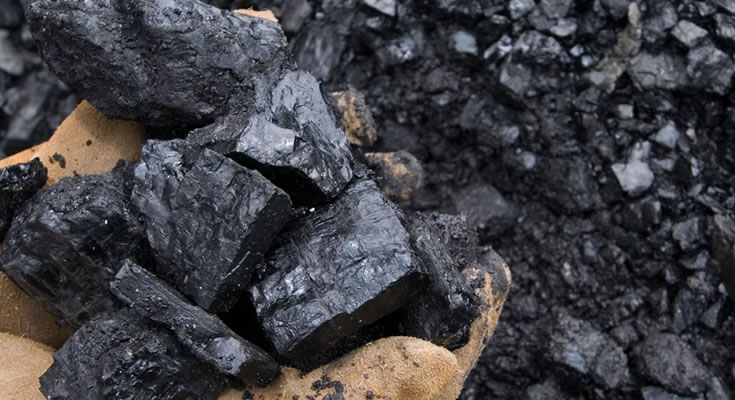 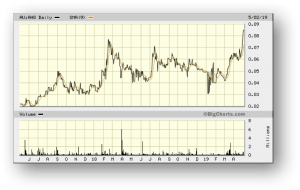 Another outstanding quarter of achievements, including the release of results of its Definitive Feasibility Study, sees AHQ firmly on track for development of its Tenas coking coal project.

AHQ has performed strongly since our coverage initiation during June 2017, almost quadrupling in price. Nevertheless the company has been somewhat of a quiet achiever, with a relatively low market profile despite the tremendous advances made at its Tenas metallurgical coal project in northwest British Columbia. The project is an enormously attractive development opportunity, with its primary attractions being the potential for low-cost production, strong operating margins and modest start-up costs. The project is being methodically de-risked, with two PFS completed and the recent on-time release of a Definitive Feasibility Study (DFS). The project’s attractive fundamentals have generated strong interest from Asian steel mills and led to Itochu and AHQ formalising binding agreements to establish the Telkwa Metallurgical Coal Joint Venture, which will help fund the Tenas project into development.

During the quarter AHQ released the results of its Tenas Project Definitive Feasibility Study (DFS), which follows on from two pre-feasibility studies (PFS) undertaken by AHQ during 2017. The first was in relation to the entire Telkwa metallurgical coal complex and the second revolved around a stand-alone project at Tenas.

The outcome of the Tenas Project DFS has reinforced the potential of the Telkwa metallurgical coal complex, with outstanding results highlighting an extremely robust project and a significant improvement on the two PFS undertaken during 2017.

The DFS results are extremely significant because they confirm the Tenas Project to be one of the lowest-cost producers of metallurgical coal on the global seaborne market – in fact likely the cheapest.

One of the biggest factors in terms of minimising project capex is the fact that Tenas enjoys exceptional access to both rail and port, with these key logistical advantages playing a major role in its status as a low-cost producer. Transport costs are also lower, as it is a shorter shipping distance to target markets in Japan and South Korea than from its main semi-soft coking coal competitors in the Hunter Valley of NSW, via the port of Newcastle. By comparison it is 3,800 nautical miles from Ridley Terminals to Tokyo, whereas it is 4,300 nautical miles from Newcastle.

From a port access perspective, there is no congestion at Ridley Terminals and no delays in ships berthing; whereas at Newcastle and Queensland ports, ships often wait two to four weeks before they can berth. Mine owners incur expensive demurrage and steel mills suffer a delay in the supply of raw materials for their coke ovens and blast furnaces which disrupts steel production.

From a mining perspective, multiple approaches can be deployed to take advantage of the unique geological and topographic setting of the Tenas deposit, which help reduce mining costs. Shallow-dipping coal strata and reasonably near-surface coal strata allow for a bottom-up mining approach. Mining will commence with phase 1 in the shallowest area to the southwest, then move progressively towards the syncline to the east, north and south. 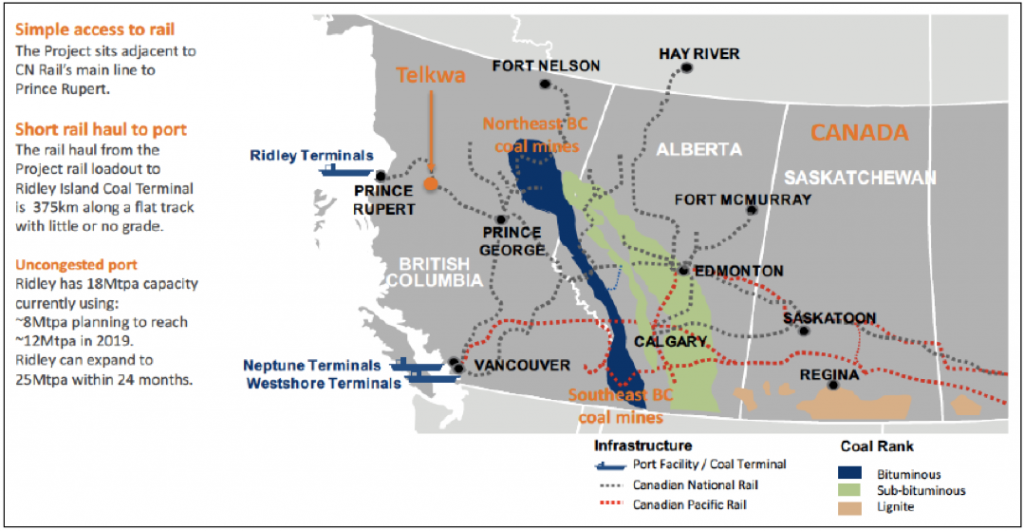 AHQ’s key attraction is its modest market capitalisation when compared with the development/corporate potential of its Tenas coal project.

Many grassroots battery materials exploration plays have market values significantly larger than AHQ, with no defined JORC resources, let alone any sort of production potential or cornerstone partners of the quality of Itochu.

The Tenas coal project is eminently ‘do-able’, a trait that isn’t typical with respect to most bulk commodity projects at the appraisal stage. Tenas benefits from its access to railway and port infrastructure – a capex saving that can be measured in the hundreds of millions of dollars. AHQ will look to extract further value from the DFS numbers, as it looks to potentially further reduce capex and operating costs.