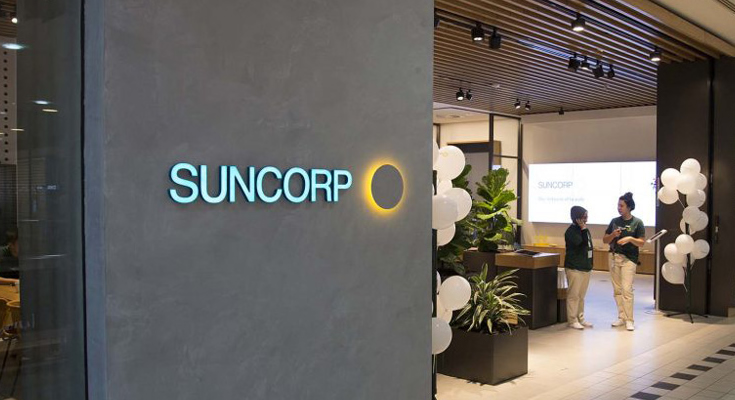 Home loan arrears were up by 2.5%, mainly from major weather events such as the floods in Townsville, expected to to be short-term, although overall credit quality was strong. Gross impaired assets decreased by -2.4% in the quarter. The bank’s CET1 ratio decreased to 9.1%, following the first half interim dividend payment, yet remains above the target ratio of 8.5-9.0%.

Despite contributing around 30% to group earnings, the bank division has become a drag on valuation, Citi asserts. There is a high regulatory cost burden, potentially, with a need to invest in significant IT at a slow time for system growth.

Macquarie continues to believe the bank business impairment levels are unsustainable and that pressure will continue to be exerted on net interest margins, suggesting Suncorp needs to lower its net interest margin guidance range by -5-10 basis points in FY20. Macquarie suspects overall guidance for FY20 will be lower versus FY19, when the company provides its results in August.

There were no major developments in the bank business that were at odds with either expectations or recent trends in the major bank reporting season, UBS notes. The broker believes the stock’s investment case is underpinned by a supportive backdrop in general insurance, particularly for commercial rates, which should provide a floor for earnings.

UBS observes the home lending portfolio is conservatively positioned, with 28% investor exposure, 21% interest-only and 21% with loan to valuation ratios over 80. The company expects improving growth in both home and business lending, as small-medium business and agribusiness is supported by increased lending commitments and recent rainfall.

The potential separation of the general insurance and banking businesses has some merit for Morgans but this is not likely to fully cover the discount to Insurance Australia Group ((IAG)), as there are other factors at play such as the latter’s lower earnings volatility and larger capital returns.

Citi agrees this is a key opportunity and pursuing separation would make sense but highlights the hurdles are large and there is a risk separation could destroy value. Even if a value-accretive separation could be achieved, it is unlikely to be enough to close the gap completely. The gap to its peer was opened up when IAG first announced its quota share deal with Berkshire.

Morgans, too, remains wary of the potential loss of value in any separation. This could amount to the bank business losing its A-plus credit rating amid stranded costs. Citi agrees these two points are valid and imply significant risk. There has been speculation that the company is investigating a separation of the operations, as the lower-multiple banking segment is facing obstacles to earnings growth.

Bell Potter has assessed the benefits of merging banking operations with Bendigo & Adelaide Bank ((BEN)). This is based on that bank’s acquisition potential and renewed focus on domestic home lending, as well as increased usage of branch and mortgage brokers. There would also be a an opportunity to reduce surplus Queensland branches.

The broker also looks at HSBC Australia a potential suitor. In that instance, Bell Potter believes Suncorp’s bank would add a good quality mortgage and agribusiness book to the portfolio. Bell Potter believes tough market conditions and the fact that individual regional banks have top-line capability and operating scale makes such mergers attractive.

Cost benefits would also go a long way to mitigating headwinds. The broker assesses Bendigo & Adelaide is highly compatible with Suncorp in terms of culture and in understanding regional markets, as well as its familiarity with multi-brand distribution channels.

A merger between the two is also a preferable proposition to merging Suncorp’s bank and Bank of Queensland ((BOQ)), in Bell Potter’s view, which would increase lending concentration risk in Queensland. Suncorp would probably need to pay a premium to execute any merger versus a spin-off scenario, Citi points out, and finding a way to offset the implications is likely to be critical for success.

Morgans considers Suncorp’s recent steps to de-risk earnings will ultimately drive a re-rating and maintains an Add call. Bell Potter, not one of the eight stockbrokers monitored daily on the FNArena database, has a Buy rating and $14.50 target.

The database shows four Buy ratings, three Hold and one Sell (Macquarie). The consensus target is $14.01, suggesting 3.0% upside to the last share price. The dividend yield on FY19 and FY20 forecasts is 5.3% and 5.5% respectively.