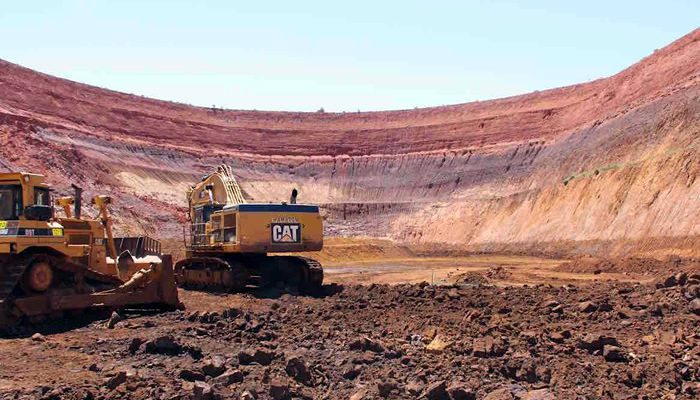 Has Wesfarmers been ’saved’ from an unfortunate and possibly expensive diversification and a waste of cash in its $1.5 billion eyeing of troubled rare earths miner, Lynas Corp?

After lobbing what was more an indication rather than a hard and fast offer at $2.25 a share in cash on Tuesday, Lynas’s board told shareholders yesterday that it was giving Wesfarmers the thumbs down.

The Lynas board told the ASX on Wednesday morning it had evaluated the offer and “concluded that it will not engage with Wesfarmers on the terms outlined in the indicative and highly conditional proposal”.

“In coming to this conclusion, the Board has drawn on the Company’s extensive knowledge of stakeholder interests, and current market and operating conditions. It has also consulted with its advisers on the terms of the proposal, and validated its view as to value,” the company told shareholders this morning.

Lynas says it has strong, irreplaceable assets including being the only significant rare earths miner and processor outside China, its Mt Weld asset, and six years worth of in-house capability and knowledge.

“The board will continue to maximise shareholder value by fully realising the Company’s skills and assets.”

So based on that statement, Lynas won’t talk about a deal while the current terms remain in place.

In its statement on Tuesday Wesfarmers said the deal would be contingent on a number of factors, including whether Lynas licences in Malaysia will remain in force for long enough after the acquisition. These were:

“The proposal is conditional on, among other things, entry into a Process Deed to govern Wesfarmers’ due diligence and the negotiation of a binding Implementation Agreement between the parties. Wesfarmers is seeking to negotiate a Process Deed with Lynas. Any transaction would remain subject to various matters including: completion by Wesfarmers of its due diligence investigations; negotiation and execution of an Implementation Agreement, for approval by both Boards; ensuring that relevant operating licences in Malaysia are in force and will remain in force for a satisfactory period following completion of the transaction; and securing regulatory approvals for the transaction, Lynas shareholder approval, Court approval and meeting other customary conditions.”

Those terms are designed to give Wesfarmers confidence that Lynas won’t become another company if for example, the Malaysian government orders the company to close its $800 million processing plant.

That’s what happened for a short while in 2018 and Lynas and the government remain suspicious of each other, which Wesfarmers has tried to make sure doesn’t hit it mid or post-bid.