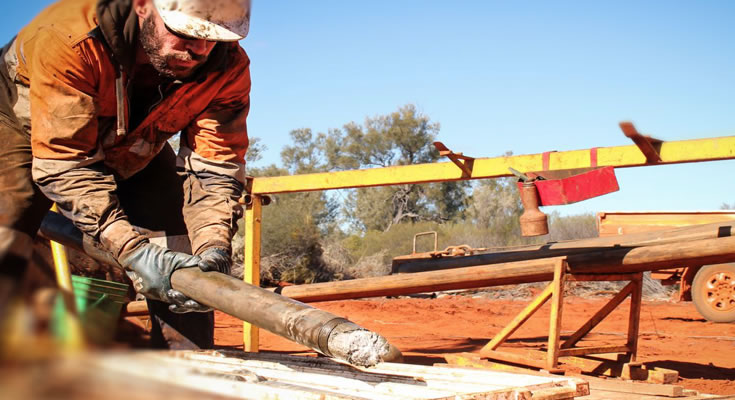 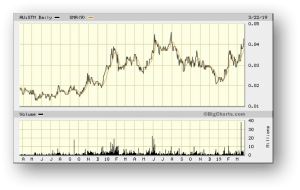 Environmental Impact Assessment (EIA) required for Environmental Licence for exploratory diamond drilling has been approved by the Ecuadorian Ministry of Environment.

We introduced STM to our coverage universe during February at a price around $0.029 and the stock has performed solidly since. Through MD Malcolm Norris, STM maintains has a very strong technical pedigree that includes the discovery of the Tujuh Bukit copper gold-copper mine in Indonesia, along with the securing of the world-class Cascabel copper-gold porphyry project in Ecuador. STM’s current focus is its Bramaderos project, located close to Ecuador’s southern border. The nation is one of the world’s exploration hotspots, with BHP Billiton and Newcrest Mining recently entering into deals with high-flying junior, SolGold. Encouraging historical work at Bramaderos has only recently been followed up, with STM’s maiden trenching program generating results such as 97.6m grading 0.71 g/t gold and 0.23% copper within strongly-altered rocks that overprint the underlying porphyry gold-copper signature.

STM has achieved a major milestone, with the granting of the requisite Environmental Impact Assessment (EIA) necessary for the issuance of an Environmental Licence for its Bramaderos Project in Ecuador. What this means is that exploratory diamond drilling will now be able to commence, following approval from the Ecuadorian Ministry of Environment.

STM and its joint venture partner, TSX-V listed Cornerstone Capital Resources, will now mobilise a drill rig to the Bramaderos site, with the 5,000m drilling program expected to commence within the next 2-3 weeks. First assay results are anticipated in late May or early June.

There’s been much anticipation about STM’s maiden drill program at Bramaderos because of the project’s enormous potential, as evidenced by the results of previous exploration work.

These are outstanding initial mineral intercepts, hence the strong interest in the first comprehensive drilling program to be undertaken by STM.

STM is well funded to complete the initial 5,000m (~12 holes) Bramaderos drilling program, following the receipt of ~$3 million (before fees) from the sale of its Viscaria copper project to Stockholm-listed Copperstone Resources. An additional ~$3 million is due to be paid to STM prior to July 8, 2019.

The Bramaderos Gold-Copper Project is located in Loja province, southern Ecuador, and is considered to be highly prospective for the discovery of large gold-copper systems.

The property is subject to an earn-in joint venture agreement with Cornerstone Capital Resources (TSX.V: CGP). Cornerstone has a long history of exploration operations in Ecuador, including the discovery of the Cascabel copper-gold porphyry in joint venture with Solgold Plc (LON: SOLG). Historical drilling results at West Zone include wide intervals such as 257m at 0.6g/t Au and 0.14% Cu, whilst STM’s latest trenching results include 35.9m grading 0.92 g/t gold and 0.40% copper. 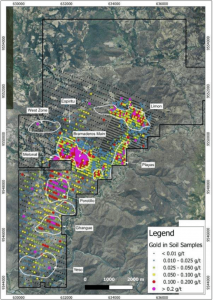 Historical results from drilling at Bramaderos include wide intervals such as 260m at 0.6g/t Au and 0.14% Cu, whilst trenching results at the West Zone breccia include intersections at surface of up to 42m at 3.7g/t Au. These results, together with the distribution of alteration, and large coincident gold-copper-molybdenum surface anomalies, indicate multiple fertile mineralised systems with significant discovery potential.

Although early-stage, the Limon gold-copper prospect has the appropriate scale of surface alteration and mineralised grades to present a second porphyry target with high-tonnage potential. Furthermore, the West Zone epithermal breccia prospect has demonstrated good gold grades at surface and is untested by drilling.

The sale of the Viscaria project is a sensible outcome that generates real value for STM shareholders and allows them to retain significant exposure to not only the Viscaria project, but all of the other projects in Copperstone’s portfolio. The deal also allows STM to focus its efforts entirely on its Bramaderos project in Ecuador, which is considered to be highly prospective for the discovery of large gold-copper systems. The maiden 5,000m drilling program is expected to commence within the next 2-3 weeks and first assay results are anticipated in late May or early June.