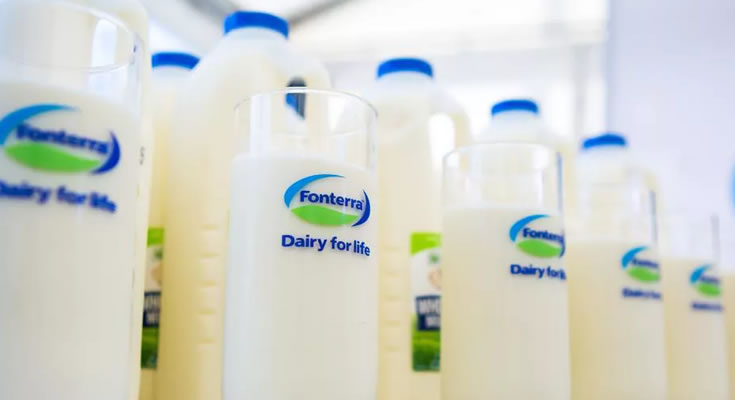 Long synonymous with struggling dairy farmers and perpetual milk glut, Australia’s dairy market is rapidly tightening as the producers compete more aggressively for supply that has been eroded because of drought.

Bega Cheese (BGA, $4.69) CEO Barry Irvin believes the change is more structural – it will endure long after the rain starts falling again. This emerging milk scarcity is moulding the strategy of the country’s only listed scale processor that sources 1.1 billion litres of milk – 10 percent of total supply – annually.

“We are very conscious of what we think is a changing dynamic in Australian supply,” Irvin says.

The problem is that western Victoria and Gippsland are the only regions fundamentally suitable for dairying, with southeast Queensland, NSW and northern Victorian producers facing water-related and other issues.

At the same time, processors have been merrily expanding capacity, such as Australian Consolidated Milk which is building an $80m milk powder and butter plant near Girgarre in northern Victoria.

“The deterioration is as fast as I have seen in terms of Queensland, NSW and northern Victorian supply,” Irvin says. “Some of it will come back but I don’t have the feeling it will come back to its pre-drought levels.”

In southeast Queensland, dairy farmer numbers are dwindling and they’re not being replaced. “As they close down they are not being bought by their neighbour and they can be alternate use or urbanisation,” Irvin says.

As a result, big dairy manufacturers such as Parmalat are eyeing supply from northern Victoria, where water availability issues has seen the volume of milk reduce from three billion litres to one billion litres over the last decade.

Eventually, he says, Victorian farm gate prices will catch up with the traditionally higher prices enjoyed by the Queensland farmers who, ironically, supply most of the supermarket’s $1 a litre milk.

(Coles and Aldi this month followed Woolworths’ move to raise its price from $1 to $1.10 a litre).

While partially offset by stronger prices for its end products, Bega’s recent half year results reflected the higher input costs as well as energy, along with higher inventory costs (and higher debt) relating to its acquired Koroit facility in western Victoria.

Bega’s normalised ebitda came in at $57.9 million, down 17 per cent, with full-year guidance confirmed at the lower end of the previously stated $123-130m range.

Ignoring Irvin’s protest that the numbers were coming off an especially robust previous comparative half, investors sent the stock down 5 percent in the ensuing two trading days.

Bega’s core strategy involves milking the full potential of its legacy plant in Tatura and its acquired Koroit facility, while not sinking capital into excess capacity.

On this note, Bega announced the closure of its mozzarella and cheddar making factory in Melbourne’s North Coburg, at the cost of an unquantified number of jobs. The company has outsourced supply to “a very large third party producer.”

An urban anachronism on the front line of northern suburbs hipster expansion, the plant had been subject to increasing complaints from residents who love their (goat’s) cheese – as long as it’s made elsewhere.

Irvin says the shifting supply dynamics highlight the importance of the Koroit factory, in the lush western district. Bega bought the facility from Saputo for $250m in July 2018, with the Canadian processor forced to divest the factory after it acquired the struggling Murray Goulburn collective.

Bega is looking to expand from butter and nutritional powders to higher value derivatives such as lactoferran, a protein product that’s been around for decades but is gaining favour as an additive to infant food formula.

Lactoferran has fetched up to $3000 a kilogram but is still a small market subject to price volatility — and oversupply if every other producer has the same idea.

In the first few months after the purchase, Vegemite sales enjoyed a boost on the back of headlines about the patriotic Bega buying back the farm.

Sales of the yeasty black delight have since reverted to steady-state normality, although Bega argues it never viewed Vegemite as a high-growth play. If anything, there’s better growth in peanut butter even though the sector is more heavily competed.

Without an ounce of schadenfreude – ok, just a bit — Irvin is “comforted” that Freedom Foods’ half-year results were just as sobering. The point is that Freedom has been winning milk suppliers from Bega at a better price, but this largesse to the cow cockies can’t be sustained.

Evidently, Bega is confident of regaining its mojo, even if it’s in a Stephen Bradbury manner as its rivals falter because of overly aggressive expansion.

But the company needs to two overcome Supreme Court legal challenges related to its grocery business which could greatly affect its emerging acquired consumer business.

The first is from the Kiwi-based Fonterra, the world’s biggest dairy processor which is licensed to use the Bega cheese brand in Australia.

Unhappy Fonterra alleges that Bega’s intention to rebrand the Kraft lines as Bega products is in breach of contract. Bega has counter claimed, pushing the hearing date out to late 2019.

Separately, Kraft has challenged Bega’s right to use its distinctive yellow packaging on its Vegemite and peanut butter jars.

Judgment on this one is due in April.

Meanwhile, Fonterra and Bega remain in a now loveless marriage until 2025. “We probably don’t have as many beers with them but we are still perfectly polite to one another and get on,” Irvin says.

Australian Nutrition and Sports (AN1) not yet listed

Amid signs of a slowing Chinese infant formula market exacerbated by oversupply, Australian Nutrition and Sports (ANS) is joining the fray with a $5-8 million capital raising ahead of an ASX listing in early April.

Having said that, ANS plans to grow its Chinese and Hong Kong presence with its infant (and adult) dairy formula range that is made by a certified third-party Victorian manufacturer.

ANS founder, CEO and former personal trainer Tom Lashan concurs that with about 40 different brands available in Hong Kong alone, consumers are spoiled for choice. But most of the cowboy entrants – inspired by vision of desperate shoppers cleaning out whole shelves of formula – have left the market.

On the formula side ANS is roughly comparable with Bubs Australia (BUB, 72c) or Wattle Health (WHA, 87c) but on the sports side there’s no real listed comparison.