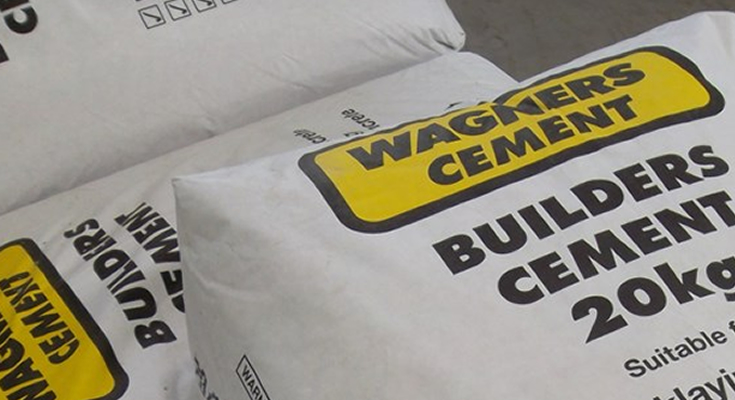 Shares in southern Queensland construction and transport company Wagners plunged more than 20% yesterday after informing the market last night about a dispute with Boral that could cost the company about $20 million.

The shares ended down nearly 24% at $2.49 in the wake of the news which was released late on Monday evening.

Boral has an agreement with Wagners Cement to purchase a minimum volume every year at a determined price, but Wagners also offers price matching.

Wagers said in the statement that Boral had given Wagners an unsigned offer from another South East Queensland cement supplier “offering a price significantly lower” than Wagner’s prices.

Wagners said it had now started a formal dispute process in which it can either match the price or freeze supplies to Boral for six months while it investigates the legitimacy of the competing offer.

The company said in the statement that it “has commenced a formal process disputing the validity of the Pricing Notice on the basis it has concerns regarding the bona fide nature of the market pricing evidence provided and therefore the contractual basis upon which the notice has been issued.

“The Company has made an election under the CSA to suspend supply of cement products to Boral (BLD), pending resolution, or determination by the courts, of the dispute regarding the validity of the Pricing Notice.

The potential impact of the Pricing Notice to the Company’s revenue in the event the suspension is for the maximum six (6) month period is circa $20million.

If the Pricing Notice proves not to be bona fide and therefore invalid, FY19 revenue and earnings are not expected to be impacted.

“Given the long term impact the Pricing Notice (if valid an accepted) will have on the Company and the cement industry throughout Queensland and NSW, the Company believes that the election it has taken under the Cement Supply Agreement to suspend supply and to dispute the validity of the Pricing Notice is in the best long term interest of its shareholders,” Wagners said.

Wagner last month reported a small improvement in revenue and earnings for the six months to December.

Revenue rose 3.1% to $125 million, earnings before interest and tax were $16.2 million which the company said were “in line with guidance previously issued”, while proforma after-tax profit was $9 million, up from $7 million previously.

Director said its cement business performed well with “Significant progress on the establishment of the Company’s concrete plant network in South East Queensland – 3 plants now operational, 7 further sites identified, with 3 of those under construction; Strong growth in cement volumes.”

That tells us Wagners have a lot of revenue and earnings to lose if this lower price if real.