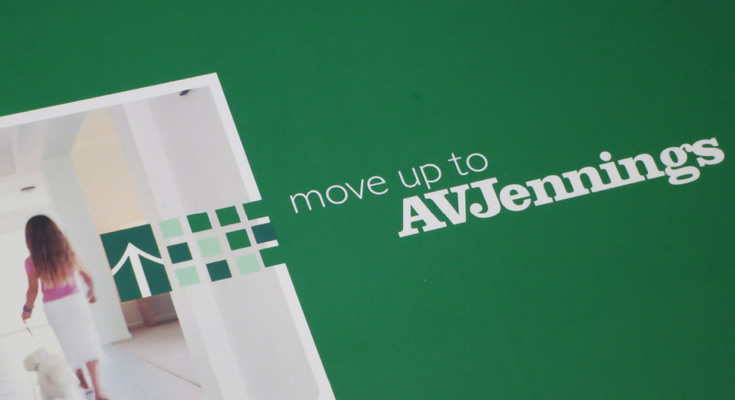 As it suggested in a warning in December, developer and home builder, AV Jennings has reported a sharp slide in first-half earnings, cut its interim dividend in half, but expressed confidence it will do better in the second half of the 2018-19 financial year,

The developer, which sells house and land packages in NSW, Victoria, Queensland, and South Australia, reported a profit of $1.421 million for the half year to December 31, down 90% from $15.482 million in the previous corresponding period.

The interim dividend was cut to 1 cent a share from two cents. The shares fell 3.5% to 54.5 cents, possibly because of the lower dividend and forecast of a softer overall year. Certainly, the market can’t complain after being informed of the softer profit beforehand in December.

Directors blamed political uncertainty, “sensationalist” media coverage of the housing outlook and a “relatively sudden” slowdown in bank lending for the profit plunge, although these factors will be around this half, but was nevertheless confident things would improve.

“Purchaser confidence subsided over the past six months and prices in the major established housing markets are correcting as a result. Management does not anticipate any material change in conditions until after the New South Wales and Federal elections have occurred and therefore expects that the full year result will be softer than that for the prior year….The result is consistent with statements made to the market prior to balance date and reflects the deferral of revenue originally expected to be booked late in the first half, together with softer trading conditions in key markets,” directors said yesterday.

Making the result harder to compare with the past directors said that “in contrast to previous periods, the result does not include any material contribution from new sales to builders recognised (but not settled) during the half due to the commencement, on 1st July, of the new revenue accounting standard AASB15, which reduces the scope for recognition of revenue prior to cash settlement.

“Had the prior accounting standard (AASB118) continued to operate, the profit before tax reported would have been approximately $1 million” instead of the $2.167 million reported. So, in other words, the actual outcome could have been a profit of half a million or more and no dividend!

“The Company advised the market in December 2018 that its earnings for financial 2019 would be even more heavily skewed towards the second half than in previous financial years, with approximately $11 million in profit contribution deferred due to settlement delays in Stages 1-3 at Lyndarum-North, Stages 2 and 5 at Spring Farm, Stages 6-7 at Cobbitty and Stage 3B at Hobsonville Buckley B. Pleasingly, around $8.7 million of this has already or will be earned by the end of February, with much of the balance expected to be booked by the end of April.

“The Company entered the second half with 883 pre-sold lots, 157 of which have settled since balance date, with a further 532 lots currently expected to settle by 30 June 2019 (including 62 apartments in the GEM building at ‘Waterline’, Victoria and 95 lots in Stages 4 and 5 at Lyndarum North, Victoria), de-risking some second half revenues and generating good cash inflow.

“The stronger second half outlook enabled the Directors to declare an interim dividend of 1.0 cent per share fully franked…The dividend reinvestment plan is suspended as Directors do not believe that it is in the best interests of shareholders to issue new stock at this time.”