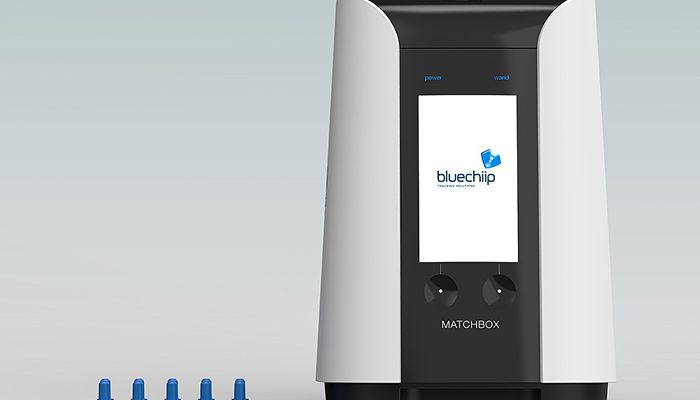 As with online dating, seeking a suitable partner can be a vexed pursuit for emerging Australian tech plays. As the experience of these two ‘true blue’ stocks attest, the partnering process involves many twists and turns.

A time-honored way for fledgling tech companies to pump up share valuations is to hint at a pending deal involving a deep-pocketed global partner – with as many references to billion dollar addressable markets as possible.

The trouble is, investors dump the stock twice as quickly if there’s no deal, or the partnering transaction isn’t as lucrative as expected.

A leader in automotive lighting, Lumileds had been working with Bluglass to develop a prototype of a high-performance LED.

Formerly part of Philips but now owned by private equity firm Apollo, Lumileds sells one-third of those day-time running lights that used to be the preserve of upmarket vehicles, but are now equipped in modest Hyundais and Toyotas.

But it looks like Bluglass asked for too high an exclusivity fee and Lumileds baulked, resulting in Bluglass shares tumbling from 29c to 18c over the next four trading sessions. The stock has since recovered.

“We had what we thought was a fair exclusive offer and they had a counter offer,” CEO Giles Bourne says. “We couldn’t reach a middle ground so we let the contract expire.”

12 months ago, management described the Lumiled collaboration as a ‘key priority’ for the company. Bourne says it still is and he hopes a commercial deal can still be reached.

In the meantime, management is spruiking its technology to an open field of candidates in the hope of creating an auction. That’s called ‘price discovery’ in investment banker circles.

So what’s the fuss about?

Bluglass has been working on its technique to make LEDs that produce more brightness with less power.

The key to Bluglass’s obscure process is that the semiconductors (on which the LEDs are based) are produced at much lower temperatures (150 degrees Celsius rather than 1200 degrees).

The process, called remote plasma chemical vapour deposition, uses nitrogen rather than ammonia so does not produce toxic waste.

Strictly speaking, Lumileds would not make the LEDs itself but would retrofit the equipment of the two big global semiconductor suppliers Veeco of the US and Aixtron of Germany.

Bluglass recently stumbled on a solution to the problem of ‘efficiency droop’: the lights becoming dimmer after power input reaches a critical point. The solution involves ‘tunnel junctions’ and ‘cascaded’ LEDs and any boffins inclined to learn more should look it up themselves.

Suffice to say, the solution means more LEDs that can be crammed into increasingly smaller applications.

Bluglass has a separate collaboration with IQE Group, an AIM-listed semiconductor business with a $1bn market capitalisation. But this venture – which pertains to non-lighting uses such as for radio frequency devices and power switches – has been put on the backburner as Bluglass focuses on tunnel junctions.

In the meantime, long-term holder Sumitomo (SPP Technologies) has sold its 13.6 percent stake to a financial investor, Lanstead Capital.

SPP said the Bluglass investment was not germane to its immediate business activities, but remains interested enough to retain an exposure to any upside in Bluglass’s share price over the next three years.

It’s called not having your cake and still eating it.

Bluglass has been plugging away for more than a decade, having listed in 2006 after raising $9.8m at 20c apiece. It now boasts a $130m market capitalisation, bearing in mind the company has raised further $65m since then.

Bluglass’s long-term investors including Macquarie Group will need to wait longer for the light at the end of an elongated development tunnel.

There’s a bright future for Bluglass if a vaunted commercialisation deals with deep-pocketed parties comes to fruition.

For the maker of sensors to measure the temperature of cryogenic samples, it’s been a case of honing its strategy from tackling the market in its own right to seeking partnering deals with those who make the lab equipment.

Every year, about 300 million samples of bodily matter are added to the two billion vials already in frozen storage.

Some facilities house millions of samples, yet half of them are still identified with handwritten labels.

As anyone who’s tried to identify a frozen chook or leg of lamb would know, it’s not easy to identify the item beneath a layer of permafrost.

Bluechiip’s brainwave – a wireless tracking method based on an embedded sensor – should be of interest to commercial and research labs globally.

The Bluechiip device is a sensor embedded into vials or sample bags, recording the details (and temperature) of the specimens in question.

The data is wirelessly conveyed to a reader (which looks like a TV remote) and is stored and displayed with associated software.

The sensors are tiny buttons of less than a millimetre diameter, with 60 tiny metallic beams configured to resonate with specific frequencies.

Unlike radio frequency identity (RFID) sensors – the main alternative – the sensors can work at any temperature and can survive sterilisation and gamma ray procedures.

Under a ‘razor blade’ model, Bluechiip supplies the sensors to the vial makers. The dot-like sensors are built into the bottom of the vials, while the readers (which look like a TV remote wand) are supplied separately to the labs.

To date, Bluechiip has had most sales success with US laboratory supplier Labcon, which has entered a deal to buy $15.9m of sensors over the next three years.

The Bluechiip-enabled ones will sell $2 to $2.50, which means the company has to work hard to convince the labs about the productivity benefits.

The readers sell for $US4000 ($5500), or $US9000 for the deluxe version that can read several vials at once. “We are rarely asked about the cost of readers and infrastructure but are asked more about the cost of the consumables,” CEO Andrew McLellan says.

Wisely, the company high value channels such as pharma research and stem cell therapy. It’s also hard to envisage an IVF patient from baulking at an extra $1 or so for the comfort of knowing her egg can be easily tracked.

The Bluechiip sensors, by the way, are based on micro electro mechanical systems, or MEMS, the same magic that sent a super nova stock called Panorama Synergy up from 0.4c to 50c in 2014.

Panorama couldn’t maintain the hype, but we ‘sense’ that Bluechiip is on safer ground with a modest $35m valuation.