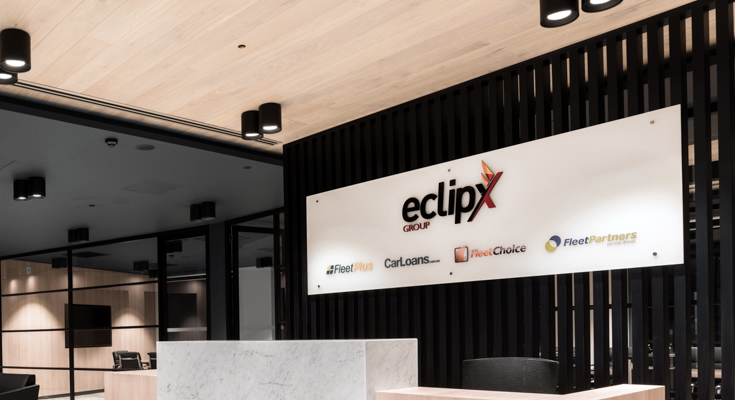 The $2 billion merger between salary packaging and finance groups Eclipx and McMillan Shakespeare is in danger of collapse after Eclipx produced a surprise profit warning yesterday.

The warning came as the two companies were supposed to be moving towards a scheme of arrangement merger, under a time table announced in December.

Yesterday’s long update from Eclipx seems to have placed that deal in doubt.

As a result, Eclipx shares slumped more than 16% after it issued a profit downgrade that has put its proposed merger with rival McMillan Shakespeare (MMS) in doubt.

Eclipx shares closed at $2.23 after its merger with MMS was put in doubt from a weak profit update.

That’s the lowest the shares have been since last August when the company last sprung a downgrade on the market. Eclipx shares fell 40% at the time.

The best sign of the problems Eclipx is experiencing was in the news that the company has already cut around 5% of staff in costing moves.

The company said existing cost reduction programs which commenced in in the 2018 financial year have reduced Full-Time Equivalents staff numbers (FTEs) by 5%.

That is always a giveaway for any company facing profit pains.

The provider of fleet, equipment leasing and management, vehicle rentals and online auction services said that its 2018-19 result would be impacted by softer retail market conditions and weakness in Insolvency and Industrial auctions consistent with the broader industry.

Eclipx told the ASX yesterday it “currently expects its net profit after tax and before amortisation (NPATA) for the year ended 30 September 2019 (FY19) will be broadly in-line with reported FY18 NPATA.

“This represents single digit growth in FY19 NPATA over the Eclipx pro forma NPATA for FY18 (calculated after adjusting for the adverse effect of accounting standard changes)2.

But the fine print in the update revealed problems.

For example, Eclipx revealed problems with some equipment loans:

“During the first quarter of FY19, issues have emerged with certain equipment finance exposures, some of which have become non-performing. This has resulted in an expected provision of $2.3m pre-tax for 1HFY19 and an allowance for further provisioning of $0.8m pre-tax for the remainder of the financial year. Eclipx’s total exposure amounts to $5.5m.

“Eclipx continues to work with other financiers impacted to address these equipment finance exposures and will review the level of provision over time.”

And then there was a confused statement about the impact of changes to accounting standards:

“When combined, AASB15 and AASB9 represents a pro forma $5m after tax reduction in FY18 NPATA to $73.1m,” Eclipx said in a footnote in the update.

All this was enough to generate second thoughts about a merger at MMS.

It said in a short statement:

“McMillan Shakespeare Limited notes Eclipx Group Limited’s (ASX:ECX) announcement this morning and is considering it and the further work required. This is likely to take time and the parties have agreed the date for the first Court hearing of 1 February 2019 will be rescheduled. A further update will be provided in due course.”

Eclipx said “MMS has made, and Eclipx has responded to, extensive information requests in relation to the Eclipx FY19 year to date financial performance, outlook expectations and other matters Eclipx said yesterday in reaction to the statement from MMS.
“Eclipx has sought confirmation from MMS as to whether it intends to proceed in accordance with the scheme timetable.

“In response to this, MMS has advised that it intends to fully comply with its obligations under the SIA but needs time to consider next steps, including appropriate disclosure, additional risks and any impact on the future Combined Group, and scheme timetable, and has reserved its rights