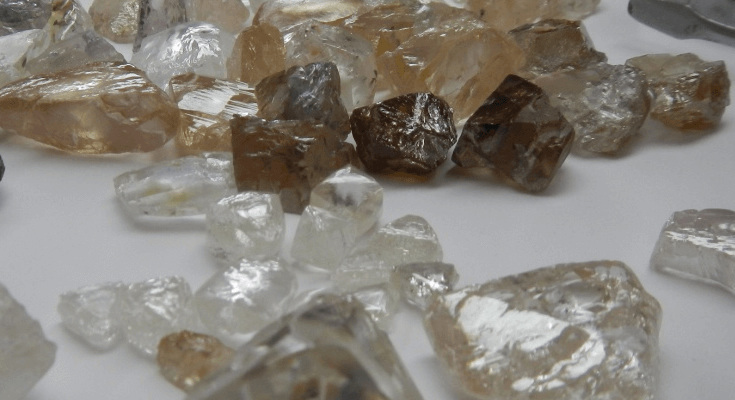 There is no surprise in seeing Lucapa Diamond Co (LOM) starting to wriggle higher as 2019 begins to unfold.

The African diamond producer and WA diamond explorer had been friendless for some time on the broader thematic that diamond prices were under pressure because as the ultimate item of discretionary expenditure, buying a diamond had become harder to justify for the down-trodden.

The truth is though that Lucapa’s African wonders aren’t for the down-trodden anyway. They are for those who can and always have been able to afford to pander to their expensive tastes by buying only top-end stones.

Still, that natural price protection has not exactly protected Lucapa from the general sell-off in what few listed diamond stocks are out there. What was a 28c stock back in June last year got as low as 17c in December.

But in the opening weeks of the new year it has started to wriggle higher and is now trading at 19c.

There are good reasons for the stock’s re-awakening, all which are covered in detail in the company’s December quarter report, released to the ASX this week.

What has clearly aroused the market’s interest in the stock is the fact that Lucapa has an abundance of near-term likely market-rerating events ahead.

There are three of them, not the least of which is that Lucapa has recently commissioned its second mine – Mothae in Lesotho. It looks to be well on its way to achieving nameplate capacity.