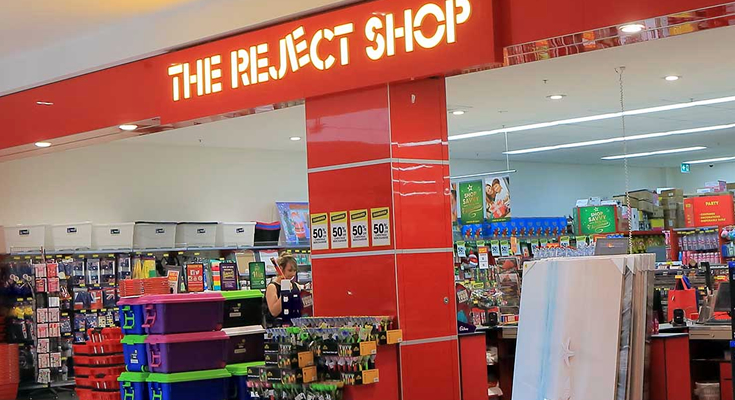 And speaking of opportunistic bids to take advantage of companies at a vulnerable time, that’s exactly the attitude of The Reject Shop to $78 million offer from Melbourne’s wealthy Geminder family (which also controls the underperforming packing company Pact Group).

The Reject Shop called the offer calling it inadequate and “highly opportunistic”.

The $2.70 a share on-market bid was made two weeks again, valuing the discount retailer at $78 million.

The offer price was a 19% premium to an average of its most recent price before the bid was announced. The shares fell just over 2% yesterday to end at $2.81.

In its Target Statement released yesterday The Reject Shop urged shareholders to reject the “low-ball” offer. “The Offer is inadequate and does not reflect the underlying value of The Reject Shop,” company chairman William Stevens said.

“The offer has been opportunistically timed to exploit The Reject Shop’s recent share price decline during challenging retail conditions”.

The reason why the price is lower than the company wants is that of the surprise profit downgrade at the annual meeting in October, which saw the price slump and exposed the company to a hostile approach.

The company experienced falling sales in the first quarter of the current year and had cut its profit estimate for the December half year.

In an updated bidder statement also released on Monday, the Geminder camp said the TRS’s financial performance was at risk of declining further amid a challenged retail sector.

“The offer removes shareholder exposure to the significant risks associated with a continued investment in TRS”, it said.