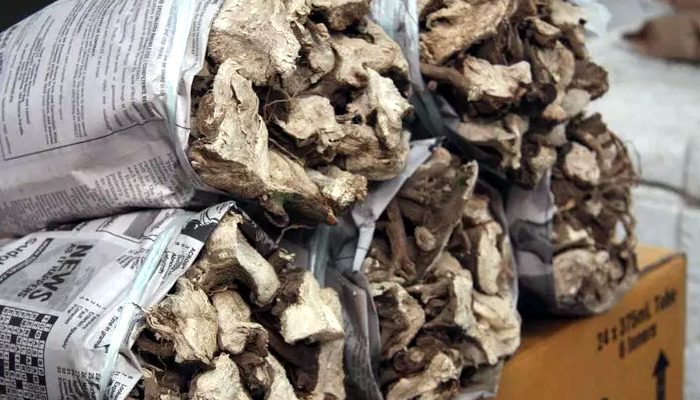 We got listed pot stocks and even a listed medicinal opium producer, so it was only a matter of time that a kava play would launch an IPO ahead of an ASX listing.

Fiji Kava (FIJ, not yet listed)

When Prince Harry supped on a ceremonial cup of kava during his and Megan’s recent visit to Fiji, he prioritised politeness to his hosts over the dangers of possible side effects from the mild narcotic – including impotence.

Then again, given the preceding royal baby news the prince evidently has no issues in that department. Plenty of other Windsors – including the Queen herself—have also imbibed kava on past official visits and remain hale and hearty.

Harry’s PR for the national liquid is right royal good news for Fiji Kava, which this month closed its $5.2m IPO raising early ahead of a scheduled listing on November 29.

For the uninitiated, kava derives from the root of the kava tree (piper methylsticum) and is served as a muddy brown liquid resembling the Yarra River. The bitter (some may say foul) tasting substance results in numb lips has a mild sedative effect that makes Fiji Time go even slower.

Just as THC is the active ingredient in cannabis, kavalactones give kava its mildy euphoric effect. Like alcohol, kava is a depressant.

Fiji Kava already exports kava powder under the Taki Mai brand, to Australia, the US, New Zealand and Hong Kong.

Unlike most of the listed cannabis stocks, Fiji Kava isn’t avoiding the recreational label but is positioning itself as a biotech company undertaking clinical trials for anxiety, insomnia and pain.

Fiji Kava founder and CEO Zane Yoshida says the company’s focus is not on kava as a whole, but identifying which of the 120 different strains works best for specific medical conditions. “Not all kava is equal,” says Yoshida, who is part Fijian and has been drinking kava for 30 years.

Some of the targeted $5.2m is earmarked for a 30-70 patient placebo-controlled anxiety trial, to be done at the National Institute of Complementary Medicine’s Western Sydney campus.

As with medical pot, the kava story is about negotiating an often confusing minefield of regulations. Here, kava is listed as schedule four restricted substance and can only be imported for commercial use with a permit and in tablet, capsule or teabag form. However individual tourists to Fiji can bring back two kilograms in root or dried form.

Kava is also listed on the Australian Register of Therapeutic Goods as a complementary medicine. The Therapeutic Goods Administration recently introduced a higher level category that allows for bolder label claims if such assertions are backed by clinical evidence.

“We would fit into that category very nicely,” says Yoshida, who adds that the company primarily is targeting the liberal US market (thankfully for the island nation, kava tariffs don’t feature on the Trump agenda).

Fiji Kava is not alone in pursuing the medical benefits of kava, with around 20 trials undertaken globally to date. Sponsored by Melbourne University, an 178 patient placebo-controlled trial tested kava’s efficacy in treating generalised anxiety disorder.

The study was completed in May, but results are not yet available. Two other kava trials in the US target smoking cessation.
Fiji Kava already has the backing of Merchant Funds and as the world’s first kava IPO it should at least attract plenty of investor curiosity, just as the first listed pot stocks did.

Medical kava usage boomed in Germany in the early 2000s, to the point where it stole 10 percent market share from benzodiazepines (such as Valium)

Fearing liver toxicity issues, German authorities outlawed kava treatments but this ban was then overturned in 2016. Fiji Kava recorded sales of $53,542 in 2017-18, but otherwise does not have a trading history.

Other risks as outlined in the prospectus are the kava plantations getting blown away by the island nation’s regular cyclones, or political upheaval resulting from another coup.

As with other complementary medicines, there’ll always be debate about whether kava’s vaunted therapeutic effects are legitimate.

But such doubts didn’t stop Blackmores becoming a $2 billion market cap company with potions such as flaxseed oil for anti inflammation and rosehip extract for skin tone.

The hemp producer is keeping a keen eye on Washington, not so much for the fallout of the mid-term elections but for progress on a long-awaited law to liberalise cultivation of the plants in “non psychoactive” form.

Even though hemp can be legally grown in 47 states, federal laws have classified the stuff as a controlled substance, even in low potency form (here, the federal government legalised hemp as a food in November last year).

Meanwhile recreational weed is legal in states including California, where authorities have clamped down on outlets peddling hemp-infused products such as bath bombs.

To address the glaring discrepancies, the US Senate recently passed the Hemp Farming Act Bill, which removes the plant from the controlled substances schedule and means it will be regulated like any other agricultural commodity.

While Congressional argy-bargy continues over a peripheral issue about migrant workers, Elixinol founder and CEO Paul Benhaim expects an agreed law to be awaiting Donald Trump’s flourish early next year. Enactment would enable Elixonol – already the third biggest provider of hemp in the US – to advertise their wares openly and obtain easier access to bank funding.

Benhaim says the liberalised rules will open the way for giants such as The Coca-Cola Company and pharmacy chain Walgreens to promote hemp-inclusive products.

“The market is likely to expand significantly,” he says. “But if it doesn’t go through we continue our revenue growth – 27 percent quarter on quarter – which is not bad for a worst case scenario.”

Elixinol’s subsidiary Hemp Foods Australia is Australia’s biggest supplier of hemp-derived food, while Elixinol itself does a brisk line in hemp derived cannabidiols for foods and skincare.

Developed with the help of a “holistic nutritionist”, Elixinol locally has launched a hemp-infused snack bar, Essential Hemp, in three flavours (salted caramel crunch, ginger macadamia turmeric and choc banana coconut if you really must know).

In the pantheon of ASX listed cannabis stocks, Elixinol stands out as the only one producing recent revenue: $14.9m in the first (June) half and $10.4m in the third (September) quarter. The company posted a $600,000 underlying profit for the half.

Benhaim says the company remains profitable, although it’s spending more to enhance market share in the US, European and Japan (where it owns 50.5 percent of its local distributor).

In October Elixinol raised a chunky $40m in a placement, having raised $20m at $1 apiece when it listed in January.
Benhaim has a 25 year history in the global hemp sector in industrial hemp legislation, cultivation, manufacturing and sales.
Benhaim has also penned nine books on hemp related topics, so what he doesn’t know about that greenery is not worth knowing.