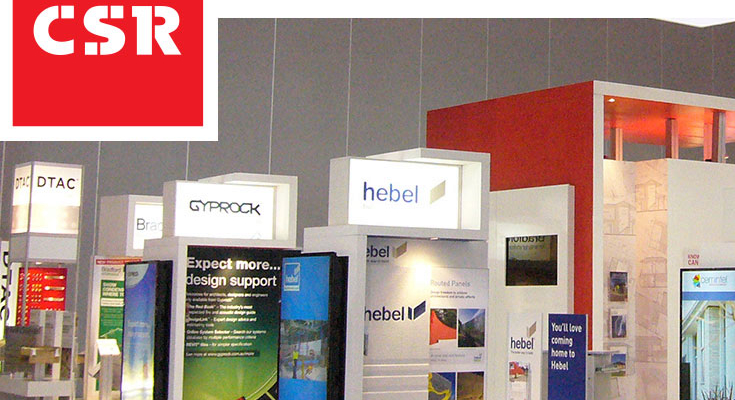 A mixed reaction from investors to earnings reports from building products group, CSR and from explosives maker, Orica which didn’t set the market afire on Friday.

Orica shares jumped more than 6% on Friday after the company revealed a better than expected final six months of its 2017-18 financial year after the loss strewn first half.

Analysts said CEO Alberto Calderon had backed up a prediction made at the first half results briefing in may for a second-half rebound.

While the second half recovery was not enough to make up for the impairment-scarred first half, it encouraged investors who sent the shares up 6.4% at the end to close at $17.72, even though the company reported a $48.1 million loss for the year after $372.3 million of one-off items (mostly impairments and writedowns).

The positive market reaction on Friday was vastly different to the one given to the interim loss in May – the shares fell 6.4% on the news after Orica reported a statutory net loss after tax of $229 million for the first half.

Analyst forecasts had pointed to revenues of $5.3 billion and an underlying profit of $321 million, but Orica reported $5.37 billion of revenue and $324.2 million in underlying profits. While that was down 16% from the 2016-17 figure of $386.2 million, it was much stronger than expected.

The company declared a final dividend of 31.5 cents per share, up from the 28 cents per share a year earlier. That made an unchanged total for the year of 51.5 cents a share after the 20 cent interim (which was cut from 23.5 cents previously).

Total ammonium nitrate volumes were up 5.0% year-on-year, helped by higher demand in mining companies in Indonesia and Australia.

However, higher volume growth was offset by unfavorable contract pricing, the company said, adding that earnings before interest and taxes were further impacted by unplanned maintenance shutdowns at Yarwun and Kooragang Island operations in Australia.

Burrup plant, the joint venture in Western Australia between Orica and Norwegian partner Yara International, is expected to be operational by the end of the FY2018-19, with the replacement of some key components expected to delay production until the first half of FY20.

Meanwhile, a big write-down had the reverse impact on CSR in the half year to September as net earnings were slashed by a cut in the value of its Viridian glass operation.

As a result, CSR expects to make a decision on whether it will spin off Viridian glass by the end of this year. CSR clearly no longer wants the business on its books.

CSR revealed a 77% slump in half-year profit to $26.8 million on the back of nearly $76 million in impairments to Viridian.

The revelation sent CSR shares down 7% to $3.34 by the close after being down by more than 8% at one stage during the session.

CSR had earlier flagged Viridian as a potential sale item ahead of commencing a review in July, but investors had not expected the big write-down.

“While Viridian’s earnings have improved in the first half of the financial year, the performance remains below internal targets,” the company said in a note.

“(The July 2018) review is materially progressed and the company expects to make a final decision by the end of this calendar year.”

CSR said its revenue lifted 6.0% to $1.4 billion, though steady demand from the detached housing market and growth in commercial projects was offset by slower activity in high-rise apartments, an expected drop in earnings in aluminium and an absence of any major impact from property revenues and earnings which are forecast for the six months to next March.

Excluding Viridian, the company’s half-year net profit after tax was down 31% to $94 million.
CSR trimmed interim dividend to 13 cents a share from 13.5 cents.

Commenting on the results, CSR Managing Director Rob Sindel said in Friday’s statement, “During the last few years, we have capitalised on the strength in the housing market and invested in our operations to ensure that our cost structure and operational footprint adapts to changing market conditions.”

“We are also developing the next phase of growth initiatives. Over 10% of our revenue is from new products and services that did not exist within the CSR portfolio five years ago. This is continuing with $7 million invested in the last six months in a number of growth initiatives including the Inclose façade system and the CSR Connect digital customer platform.

“The $75 million expansion of Hebel capacity at Somersby, NSW is on track for completion in April 2019 and utilises world-class technology which will deliver improved capability and operational efficiency. We have also increased capacity in AFS Rediwall and recently purchased a new development site in Victoria to support market growth,” he added.