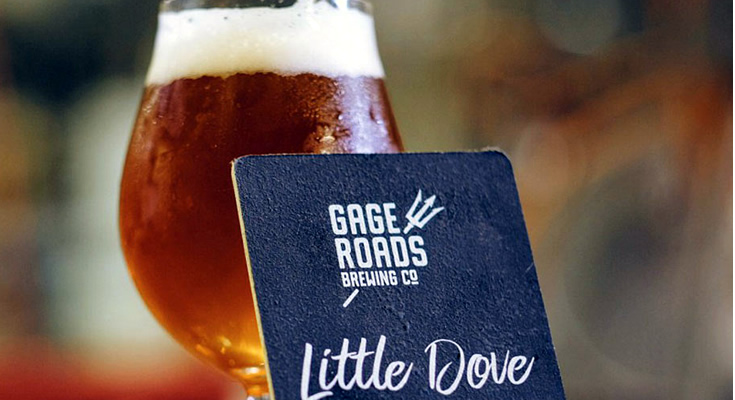 With Foster’s Group and Lion taken over by foreign owners some time ago, local investors have been denied an ASX exposure to a major brewer. But for those hankering for a taste for beer there are smaller boutique alternatives.

The Perth based boutique brewer’s CFO Marcel Brandenburg hesitates when asked to define what a ‘craft’ beer actually is.

“It’s a contentious issue,” he told last week’s annual Australian Microcap Investment Conference. “In the US they try to define it by the size of the brewery.

“In Australia, we define it more by flavour profile, anything that has a hoppy, floral taste profile.”

A simpler definition is any brew made in a smaller batch-style facility, no matter the level of floral hoppy after tones. But the contentious aspect is that six of our top ten selling ‘boutique’ brewers are now owned by the big guys.

For Gage Roads, it’s a case of bucking the trend, winning back its independence after buying out its 25 percent owner Woolworths. Two years into its five year proprietary brand strategy, Gage Roads has made inroads into transforming its business from a contract brewer for the grocer to pushing its own higher-margin brands.

The trouble is, there wasn’t a lot of profit in contract brewing, while Gage’s higher margin own brands – sold exclusively through Woolworths – had become the country’s fifth biggest craft brand.

But the only way for Gage to take care of its own destiny was to win back its independence — and the ability to sell through other channels including Coles and pubs and restaurants.

Over three years Gange hopes to get its own brands – including its eponymous Gage Roads, Single Fin Summer Ale, Alby and Breakwater Pale Ale – to 70 percent of sales compared with about one-third of sales in the 2016-17 year.

Having invested $27m on German brewing and packaging equipment, Gage Road’s jewel is a state-of-the art brewery with capacity of 17 million litres a year, of which 12 million litres is currently deployed.

The $4.9bn, 1.2 billion litre a year Australian beer market in essence has been flat for years, growing at a 2 percent clip. But craft now accounts for 11 percent by value and 5 percent by volume and has grown at a 16 percent compound annual in the last three to five years.

Based on the US craft beer experience, Brandenburg says there’s plenty of room to grow. But given the top eight brands here account for 89 per cent of the growth, the key is to have recognisable brands with a strong shelf presence.

Hipsters also won’t pay through their pierced noses for the boutique experience: on Gage’s reckoning, a case of grog won’t sell if it costs more than $62 per case, or $22 per six pack.

Rather than spending millions on billboards and other advertising, Gage Roads has tied up key venues and events in exclusive beer supplier arrangements.

In June this year Gage Roads acquired the Broome-based brewer Matso’s from the Peirson-Jones family for $13.25m cash, plus 35m Gage Roads shares over three years based on performance hurdles.

Matso’s is famed for its mango and ginger beers, which aren’t exactly everyone’s taste but are high-selling, high margin products nonetheless. The added benefit for Gage is these lines don’t compete with its own beers.

Brandenburg dubs the acquisition, which is expected to boost earnings per share by 35 percent this year, as a no brainer.

“We had made their product under contract so carried the operational risk, so all we are doing here is on boarding the brand and capturing the brand owner’s margin.”

The Matso’s buy has boosted Gage’s earnings per share by 35 percent to Date and no doubt is a key contributor to Gage’s recent share price strength.

“We are now at a point where we feel we can match it with any supplier,” Brandenburg says.

Having traded at 7.5c a year ago, Gage shares hit 14c in early September but have since drifted to around the 10c level for a market capitalisation of just over $100m.

The dilemma for management and employees who account for 23 per cent of Gage stock is what do when one of the beer multinationals comes a knockin’.

Unpatriotically, Gage and Chinese aspirant Broo are the only ASX-listed beer exposures after Lion Nathan and Foster’s Group fell into foreign hands some years back.

Broo got investors frothy in November last year when it announced a partnership with a mob called the Beijing Jihua Information Consultant, to market and distribute Broo’s beers in China for seven years.

Under the take or pay arrangement, Jihua will take 1.5 billion litres at a fixed rate per litre, generating aggregate revenue for Broo of $120 million. The first three years’ revenue is accrued and then paid to Broo at the end of this period.

Broo shares spiked about 30 percent on the news (to 39c) but the gains were short lived, probably as investors remembered that the difficult Chinese market proved an expensive failure for even the deep pocketed Foster’s and Lion.

On Friday Broo reported September quarter distribution volumes of 19.2 million litres, which implies there’s still work to do to get to that 1.5bn litre run rate.

Broo makes Broo Premium Lager and Australia Draught, both emblazoned with a garish kangaroo emblem. To suit Chinese tastes, the alcohol content was lowered and the bitterness toned down.

Broo’s brews will be marketed as premium (rather than boutique) drops, priced similarly to the offerings of other foreign devils such as Heineken and Budweiser. The company plans to market Australia Draught aggressively in the on-premises tap market, which Grogan describes as one of the most lucrative in the world.

Locally, Broo also has ambitious plans to build a $95m green-friendly brewery on land acquired on the outskirts of Ballarat for $2m in early 2017. Green principles, such as minimal water and chemical usage, work nicely with the hipster-oriented craft beer theme.

With a 480 million litres capacity, the brewery would be one of the biggest in Australia and would also involve contract brewing. The site would also incorporate an Australian beer museum and a “cultural engagement hub”, which come to think of it sounds awfully like a pub.

Broo owns the hip Sorrento Brewhouse and Mildura Brewery Pub and both look like decent cash cows, delivering most of Broo’s 2017-18 revenue of $2.58 million.

With a September cash balance of $832,000, Broo clearly needs a deep-pocketed backer to realise its green dream.

Meanwhile, Broo expects first revenues from the Middle Kingdom to trickle in, in November 2020.