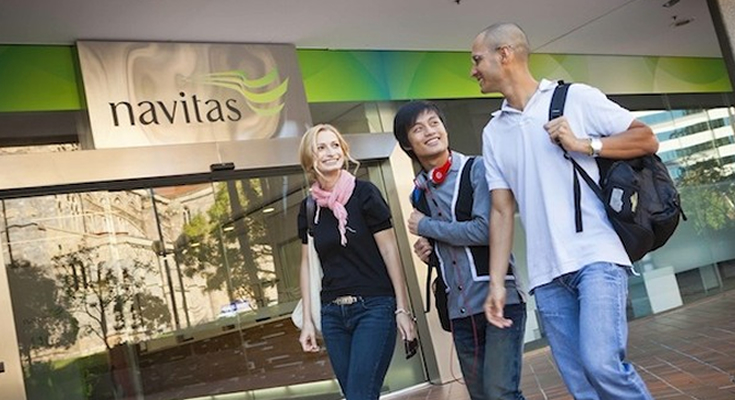 Shares in education group Navitas reacted modestly to the news that it had rejected a $1.4 billion takeover offer from its co-founder and private equity firm BGH.

That’s despite the $5.50 indicative offer made on October 10 now standing at a considerable premium to the market price of $4.98 last Friday and $5.02 yesterday. That was a gain of 0.8% on a day when the wider market rebounded by around 1.1%.

Navitas said in a statement that the offer was rejected because it undervalued the company but that it was still willing to negotiate with BGH.

Navitas revealed on October 10 that it had received the takeover bid from BGH and Rod Jones – Navitas’ co-founder and top shareholder.

In a statement to the ASX yesterday, Navitas said it wasn’t currently granting due diligence to the consortium, but could do so if it negotiated a favourable deal.

It also said any such due diligence would not hinder the chances of a competing offer which is something of a sore point with some investors because Mr. Jones and AustralianSuper both have supported the BGH approach, meaning no other group can realistically make a counteroffer.

Mr. Jones and AustralianSuper control 18% of Navitas, which makes it hard for a counter offer to be made.

It seems Navitas really want BGH and its supporters to improve the offer to the point where it can be recommended to shareholders. Other Navitas co-founders and supporters of Mr. Jones accounting for at least 25% of Navitas’s shares are reported to be urging the board to at least grant the BGH consortium due diligence.

One way would be for BGH to free Mr. Jones and AustralianSuper from any agreements regarding the shareholdings, or as the Navitas board said in yesterday’s statement:

“Any access to due diligence would only be provided on terms which are in the best interests of all Navitas shareholders. The Navitas Board would seek to ensure that the terms of that access do not impede the likelihood of a superior competing proposal emerging.

Further talks are due to be held between the board, its advisers and BGH which will have to change its approach to get into due diligence.

Mr. Jones ran Navitas for its first 14 years as a listed company until stepping down as chief executive at the end of June. He remains on the board as a non-executive director.

But a complicating matter is that Mr. Jones has signed protocols aimed at managing the conflict between his involvement in the bidding consortium and his role as a Navitas director.

But Navitas says he has not signed all the protocols sought by it but rather a revised version prepared by his camp.

“However, in the interests of moving forward on a basis that could accommodate Mr. Jones’ expressed intent to remain as a director of Navitas, the Board has attempted to work with Mr. Jones to document the arrangements it has already put in place in order to manage these conflicts.

While Mr. Jones has delivered a signed set of insider protocols, they have not been agreed with the Board and do not reflect what the Board believes are reasonable and necessary insider protocols to maintain the Board’s ability to pursue the best interests of Navitas and all its shareholders.

“On that basis, the Board expects that Mr. Jones will comply with the insider protocols as if he had signed them in the form provided by Navitas,” the statement declared.