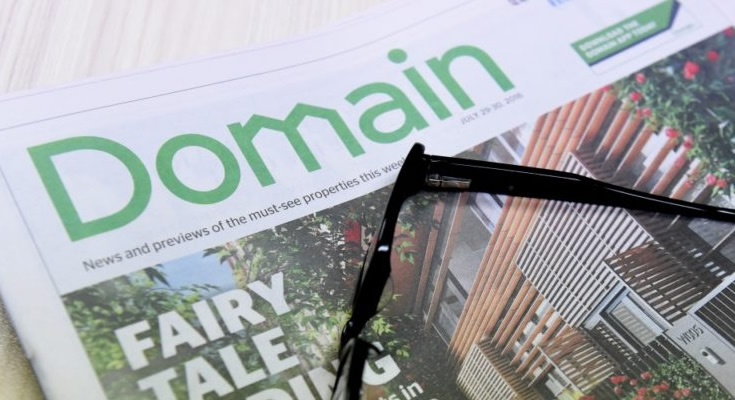 The fall out from last Friday’s trading updates from Nine Entertainment and Fairfax Media ahead of the release of the documentation for their planned takeover deal continued to batter the media sector yesterday on the ASX.

Shares in Domain Holdings and its rival online property listings website, REA Group, which is 61% owned by News Corp, also took a whacking.

Seven West Media which slumped on Friday, followed the sector lower in early trading hitting a low of 78.7 cents (down 8%) before recovering to end the day on 83 cents, off 2.9%.

It appears investors took Nine Entertainment’s announcement on Friday that the metropolitan free-to-air advertising market had been “slightly” worse than expected but the network’s share of the market had been ahead, to mean that if the ad dollars are shrinking and Nine’s share is increasing, Seven’s share must be down.

Domain Holdings also extended its losses from Friday, as analysts downgraded their price forecasts for the company. Investors were reacting to the news that listings had slowed as auction numbers and clearances had dropped.

Domain shares fell 4.7% to $2.64. Domain shares hit a low of $2.54 in trading, the lowest they have been since being sun off from Fairfax Media a year ago. Domain shares are down nearly 20% since last Thursday.

Investors think the weakness in the home listings market for Domain means REA is feeling something similar. REA has not issued any update or statement in the wake of the news from Fairfax Media and Domain.