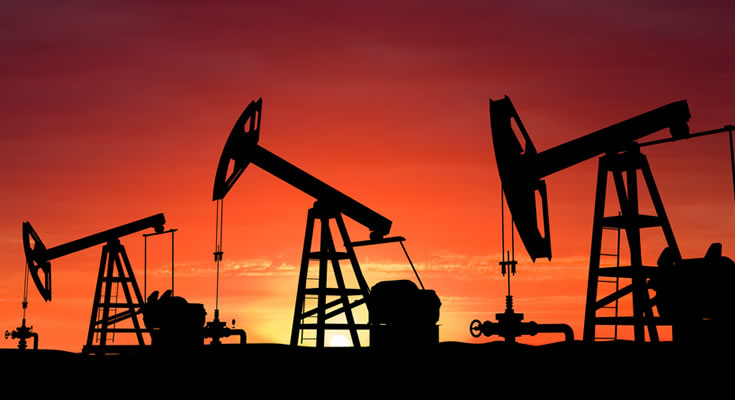 Like MGM Wireless (MWR), Helios Energy (HE8) has been my other significant and exciting investment and as a result, this isn’t the first time I have discussed on ShareCafe. In fact, back on the 8th December 2017 (where I called it my trade for 2018) and again on June 8, 2018 – I emphasized the enormous potential of this company and the reasons why it was (next to MWR) my largest position in the proprietary trading book. Since then the share price has almost tripled but like all great stories they should be told several times and that’s why this is my third update.

While the share price has surged strongly since listing just over 12 months ago, Helios is only scratching the surface of their potential ultimate valuation. Little has been mentioned about this company and it seems that I am the only one that is publicly highlighting the immense opportunity. There really has been very little mainstream excitement or understanding yet of what Helios truly has.

Helios now carries significantly lower risk than they did 12 months ago or even 6 months ago with their new oil discovery at the Presidio oil project in West Texas, bordering with Mexico shown in the image below. 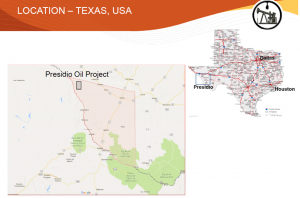 In June Helios completed a one stage frack of the Quinn Creek 141 well testing the Ojinga formation at a depth of 4,800 feet. Without delving into the extreme details, the well successfully flowed 260 barrels of oil naturally over 7 days, that is, not on pump. That is equivalent to 40 barrels per day. An outstanding achievement and reflects the evidence of a new oil discovery similar in composition to the Eagle Ford Shale oils. With this evidence, Helios as I mentioned above now carries significantly lower risk. The question has moved from whether there is oil to now being, how big is this oil discovery?

This is where this all becomes extremely exciting. I refer back to my very first article last year where I highlighted one of the key reasons why I invested – management. The key personnel assembled here were responsible for Aurora Energy’s (AUT) discovery of the Eagle Ford Shale Project. Aurora was listed with a market cap of $28 mln and was sold to Baytex Energy for A$1.84 billion in 2014. That great ride is shown in Aurora’s share price below. 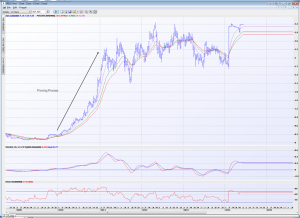 I view this as Aurora 2.0 and there are two main takeaways to be made. Firstly, most of the valuation uplift occurred in a 12-month window from January 2010 to January 2011 where the share price rallied from 30c to $3.30 – a 1000% return. Second, while the end result of $1.84 billion may seem like an exceptional outcome, management pointed out some key mistakes made that impacted the ultimate sale price. Acreage. When a suitor comes in and looks to take over such a project and earn the income from the production of oil they focus on some very key metrics. The cost of drilling a well to extract the oil (is it deep, shallow or anything complex in nature that drives up cost), how much oil (how long will oil flow for) and lastly size (how many acres does the company control around the new oil discovery).

Aurora held a relatively small acreage size of approximately 23,000 acres and management are firmly focused on ensuring that Helios secures the largest acreage bank it can. The company has secured 66,776 acres so far with intentions to secure more. The existing acreage was secured at a price of $50 per acre. Aurora was sold for the equivalent of $100,000 per acre. Read that again and suddenly it becomes very clear the extremely exciting and exceptional opportunity being presented here. With oil already being discovered this is now more a property play than an oil production investment.

Remember that the company has stated that oil flows were of similar type to the Eagle Ford Shale which what Aurora discovered indicating that valuations on the oil should be somewhat similar between the two (adjusted for the market price of oil). With the current market cap of $224 million, Helios is trading at the equivalent of $3354/acre. However, my belief is that there is upwards of 150,000 acres that are part of this oil discovery and securing double the existing 66,776 acres (or more) brings the value per acreage down to below $1677/acre.

Even if we apply a discounted valuation of $75,000 per acre, this is still an enormous valuation uplift, from $224 million to north of $5 billion gross (at 66,766 acres) and greater than $7.5 billion gross for anything above 100,000 acres. Adjusting for options and royalties the valuations sit north of $2.6 billion to Helios shareholders and it clearly makes sense why the number of acres held is so important in determining the final valuation.

I could run through the whole mathematic mechanics of why $100,000 per acre is more likely to be applicable here, but in essence the cost of drilling each well is lower than it was for Aurora (at US$7-8 million down from >US$10 million), there are multiple potential reservoirs and payloads (the Ojinga formation is just one) while Aurora was just one payload. These are all factors that affect the price oil majors and private equity firms are willing to pay to achieve the industry standard of a 15-17% internal rate of return. The better results, the more is paid and transactions at $200,000 per acre have been done in Texas.

Moving forward, the aim is to uplift the current market value per acre with more drilling to prove the flow rates and that the same return can be achieved from each well across the entire landholding. A new seismic programme and drilling of the third well early 2019 will go a long way to doing this.

It is important to understand that this oil play is very similar to Aurora with the same team, similar oil type, and similar proving process. It is no surprise then that the performance of the share price is unfolding in a similar way. Helios may look like its run too far, but understanding the dynamics of the potential outcome and how quickly this can unfold reflects why the share price is running and why I believe targets towards $1.50 are actually not as ridiculous as they may seem. 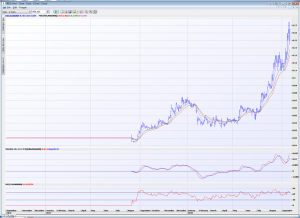