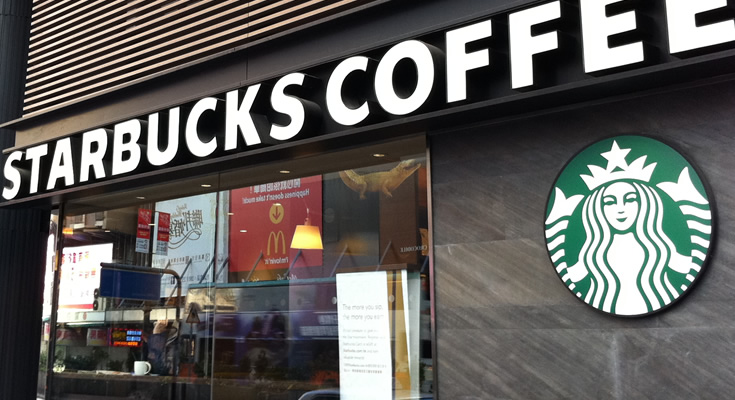 Where does the US café chain Starbucks have the largest of its 28,200 company-owned and licensed outlets that are found in 76 countries? In Shanghai, China.

On December 6 last year, as a long line of Chinese waited to be let in, Starbucks opened a 2,800-square-metre roastery in the coastal city’s retail hub that people describe as about half a football field in area. Opening the outlet proved a bonanza because the Shanghai Roastery became Starbucks’s biggest revenue earner on day one. “We shattered every sales record in the history of the company,” said Starbucks chairman Howard Schultz. Such a result explains the Starbucks ambition to nearly double the number of outlets in China from 3,200 now to 6,000 by 2022, which would entail opening more than a store a day.

The Starbucks plans for China mimic the strategy of countless other multinationals since China modernised its economy from the late 1970s – namely, to seek a slice of the 1.4 billion strong consumer market that is growing in wealth every year. The World Economic Forum this year forecast Chinese consumption to grow 6% p.a. from 2016 to 2027, to nearly double in size to US$8.2 trillion over that time.

China’s consumer market is expanding for two reasons. The first is that China’s economy is poised to grow at a 6% to 7% pace in coming years and be, after India, the world’s fastest-growing major economy. The other reason is that Beijing is trying to change China’s economic model to one driven more by consumption. The results point to a surge in consumer spending power in coming years.

But China’s emergence as the world’s number two economy carries political implications that complicate the Chinese ambitions of foreign companies, especially consumer ones. The first is that China’s increased economic might is making the country more assertive in global politics. Another is that other countries are fighting back against the loss of their global influence (in what is a zero-sum situation), especially against China’s ‘unfair’ trading practices.

Foreign businesses in China risk being stigmatised, if not targeted, amid such disputes. One of Beijing’s options is to stoke boycotts against products from a country, a frequent Chinese response to international tensions and one that predates the Communist takeover in 1949.

Boycotts are effective in China because once a country’s products are stigmatised, enduring damage is usually done to sales. Last year Beijing initiated a boycott of South Korean products after the country installed a US missile-defence system to protect itself against North Korea. The boycott of Hyundai and Kia cars, the blocked streaming of Korean TV shows and K-pop music videos, a near-halt to Chinese tourists to South Korea, and the forced closure of more than 80 Lotte stores in China because the South Korean company had handed over land for the missile shield, are estimated to have shaved 0.4 percentage points off South Korea’s economic growth in 2017. Foreign companies seeking to profit from China’s growing consumption must recognise that political events might harm their investments.

To be sure, political considerations have long governed foreign investment in China. Chinese consumers value global, and especially US, brands, which gives these goods some protection from Beijing-inspired actions. Perhaps China and other countries including the US will resolve their differences, which some days looks likelier than others. But heightened nationalism among Chinese, Beijing’s growing confidence in international affairs, and a backlash against China’s emergence as a world power, especially in the US, are global political shifts that are likely to endure. Foreign investors must allow for political risks such that at times it might not matter too much that Chinese consumers are playing a bigger role in propelling China’s economy.