Collins Foods (CKF) boosted interim profit and dividend after a better than expected result from its KFC fast food franchises offset another weak effort from its fading Sizzler stores.

Net profit jumped to $14.3 million in the half year to October 18, up sharply from the $22.9 million loss a year earlier. Revenue rose 5.1% to $269.7 million as same store sales at its KFC fast-food restaurants lifted 5.2%. Sizzler’s fell 12% as it continues to remain an orphan asset.

Earnings before interest, tax, depreciation and amortisation was also up 19.8% to $35.3 million, reflecting strong growth earnings and profit growth.

The company opened three new KFC restaurants during the half year, two of them were in Western Australia. Sixteen store revamps were completed during the half.

The Sizzler Australia business is now managed as a non-core business segment with no further growth capital been allocated.

Three stores were closed during the period and the company said earnings before interest, tax, depreciation and amortisation remains positive.

The group lifted its fully franked interim dividend by one cent (20%) to six cents a share. 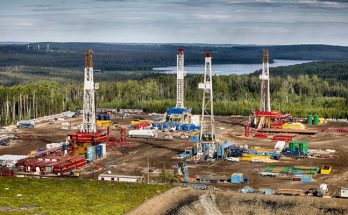