Investment company, Milton Corporation Ltd has followed rival Djerriwarrh Investments in reporting a solid rise in interim earnings for the six months to December and expressed caution about the outlook because of the increased volatility.

Net earnings for six months to December 31 jumped 81.7% to $75.604 million after including gains on investment sales.

Djerriwarrh said Monday net operating profit before net gains on investments was $23.86 million, up 8.7% and after adding in those investment gains, was up 115.5% at $56.22 million.

Milton said yesterday it expects the rate of profit growth among Australian companies to slow.

"However the rate of profit growth is likely to slow as a result of cost increases and recent rises in interest rates.

"We would expect that this upcoming reporting season should see increased profits and dividends from the majority of companies in Milton's portfolio."

Ordinary investment income from Milton's investment in Australian listed companies and trusts grew by 24% to $39.9 million.

He said "Investment income growth from the underlying portfolio was 8%, whilst income from increased investments added a further 16%".

Mr Millner noted, however, that the half-year dividend income does not include the usual interim dividend from Macquarie Group Limited.

"The underlying result would have been $447,000 higher had Macquarie Group Limited not deferred the "ex date" of its interim dividend to 3 January 2008. In prior years the Macquarie shares traded ex dividend in December and the dividend was accrued in Milton's first half revenue. However this year the Macquarie interim dividend has been accrued in January 2008 so that Milton's second half profit will include both the interim and final dividends from Macquarie Group," Mr. Millner said.

Milton's managing director, Mr Frank Gooch said, "There were 21 companies in the Milton portfolio which increased their dividend by 20% or more, with the stand-out being Incitec Pivot, which increased its dividend by 136% and also paid a special dividend.

"All of the retail banks in the portfolio increased their dividends, resulting in an average increase of nearly 14%. The Bank of Queensland led the way with an increase of 23%," Mr. Gooch said.

The weighted average earnings per share based on Underlying Operating Profit after Tax( was 49.2c (Dec 2006: 46.1c).

The fully franked interim dividend has been increased by 5c per share to 43c per share and will be paid on February 27 2008 on all issued shares including those issued under the Share Purchase Plan in October 2007.

Mr. Gooch said, "With increased corporate activity during the half year to December 2007, Milton's gains from realisations jumped significantly. They included the completion of the Alinta and Southern Cross Broadcasting schemes, the takeovers of Queensland Cotton and Coles Group and the merger of Adelaide Bank with Bendigo Bank.

"Milton will elect to rollover capital gains for taxation purposes where possible. However, there is still likely to be capital gains tax paid as a result of the realisations, this will increase the LIC Capital Gains available for distribution as part of the final dividend."

During the half-year, Milton invested $45 million in 48 companies. The investment portfolio was increased further through the acquisition of an unlisted investment company with a portfolio valued at $27.9 million.

At 31 December 2007 Milton had total assets valued at $2.1 billion which included investments of $1.8 billion. These are long term investments in Australian companies and trusts that have an expectation of dividend growth over the long term.

Milton says it aims to provide its shareholders with an increasing dividend stream, which it pays out of the dividends it receives from its investments. Milton does have investments in low yielding resource stocks, such as BHP Billiton and Rio Tinto, however its portfolio has a bias towards higher dividend yielding companies.

When the fully franked ordinary dividends of 81c per share which were paid during the year are taken into account, the Total Portfolio Return for the year ended 31 December 2007 was 13.9%. This portfolio return is after payment of all administration costs and provision for current tax on the substantial realised capital gains in the period. 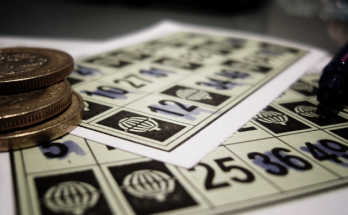