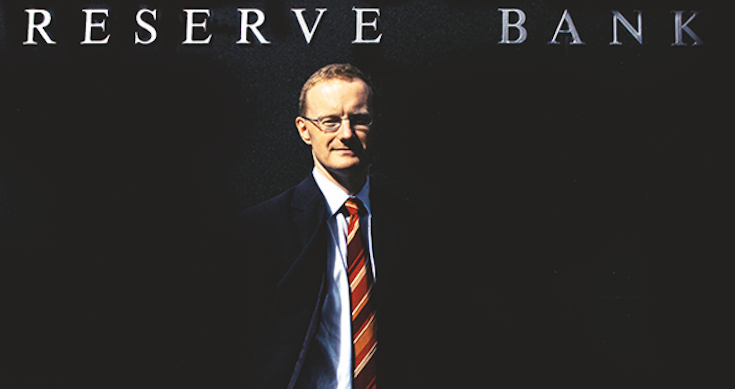 The Reserve Bank has dropped a key part of its monetary policy framework to support the Australian economy, but left in place the record low cash rate of 0.10% and the commitment to continue buying bonds at a rate of $4 billion a week until February.

In the usual post monetary policy board meeting yesterday, the RBA said it will no longer target the April 2024 bond to keep the three-year rate at a yield of 0.10%.

That was after the bank was overwhelmed by bond punters which drove the central bank off its control and pushed the yield higher to 0.70%.

“The decision to discontinue the yield target reflects the improvement in the economy and the earlier than expected progress towards the inflation target,” Governor Philip Low said.

“Given that other market interest rates have moved in response to the increased likelihood of higher inflation and lower unemployment, the effectiveness of the yield target in holding down the general structure of interest rates in Australia has diminished.”

Governor Lowe’s post meeting statement dropped the reference to rates not increasing until at least April 2024.

He said he said the bank was prepared to be “patient” as it waited for wages and inflation to lift.

“The board will not increase the cash rate until actual inflation is sustainably within the 2 to 3 per cent target range. This will require the labour market to be tight enough to generate wages growth that is materially higher than it is currently. This is likely to take some time,” he said.

“The board is prepared to be patient, with the central forecast being for underlying inflation to be no higher than 2.5 per cent at the end of 2023 and for only a gradual increase in wages growth.”

Dr Lowe noted by played down the rise in underlying inflation to the bottom of the RBA’s inflation target of 2% to 3%.

“Inflation has picked up, but in underlying terms is still low, at 2.1 per cent. The headline CPI inflation rate is 3 per cent and is being affected by higher petrol prices, higher prices for newly constructed homes and the disruptions in global supply chains,” he said.

“A further, but only gradual, pick-up in underlying inflation is expected.

In a note late Tuesday, AMP Chief Economist, Shane Oliver said “our assessment is that the conditions for the first rate hike – inflation sustainably in target, full employment and 3% or more wages growth – will be in place in about a year and see the first hike coming in November next year taking the cash rate to 0.25% followed by another hike to 0.5% in December next year.”

“Before that we expect the RBA to taper its bond buying from $4bn a week to $2bn a week in February next year with the bond buying program concluding mid next year (at about the same time as the Fed will conclude its program).

“Market expectations for a cash rate of 1 to 1.25% by the end of next year continue to look to hawkish though – the money market is assuming faster rate hikes in Australia than in the US despite weaker inflation and wage pressures in Australia,” Dr Oliver wrote.

The RBA’s decision does represent another slight tightening in monetary policy, as was last month’s decision to cut the bond buying to $4 billion a year from $5 billion.

It was widely watched around the world by markets whose attention now moves to the Fed statement early Thursday morning, our time which is expected to contain a timing for the end of its bond buying.

The Bank of England statement on Thursday is likely to contain news of a rate hike from the UK central bank because it is very worried about rising inflation.