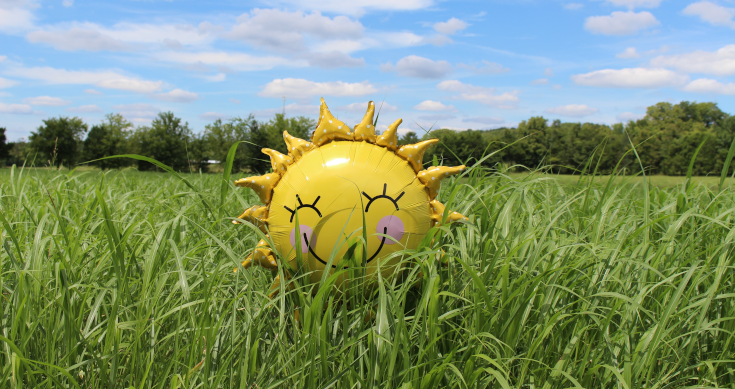 The gods are smiling on our two big oil and gas marriages – BHP selling its oil and gas operations to Woodside shareholders and its own and the Santos swallowing of Oil Search.

Between them the two deals have a paper value of around $US40 billion, with a lot of market confidence riding on them.

But one of those near mythical ‘perfect storms’ has emerged in global energy markets to bless the unions with the strongest prices for three years or more.

Oil and gas prices continue to march higher, driven by low supplies of both and high demand, especially for gas across Europe and northern Asia as winter heating seasons approach.

Oil prices have risen back to and beyond the near three-year highs they touched in July.

US gas prices are higher – up 98% so far this year, including a 46% surge since June – a time when price rises should have been less volatile.

In Europe the gas situation is dire – the wholesale cost of natural gas has surged to record highs in Britain France, Spain, Germany and Italy.

Bills for households and businesses are already soaring, and could go even higher as cold weather sets in and more fuel is needed for electricity generation and heating systems.

Two small energy companies in the UK have collapsed because of the cost and shortage of gas, there’s a shortage of carbon dioxide for industry and medical use and the British government is struggling to control the situation.

The reasons are many – a cold spring earlier in the year depleted natural gas reserves and rebuilding stocks for the autumn and winter has been tough, thanks to an unexpected jump in demand as economies bounce back from Covid Delta and a growing appetite for liquified natural gas (LNG) in China.

Russia is also supplying less natural gas to the market than before the pandemic, a shortfall that some cynical analysts have linked to negotiations with Germany over the price of a new gas supply in the Nord 2 pipeline that is supposed to come on stream by the end of the year.

A shortage of energy has been compounded by the stable northern autumn which has lowered power from wind farms and kept solar output steady.

In Britain higher natural gas prices are already threatening to worsen growing shortages of food and other products (Brexit has seen a sharp drop in the number of UK truck drivers and operators) and Prime Minister Boris Johnson’s government can’t make its mind up whether to debating the extent to offer state support to consumers and businesses.

A UK price cap for consumers is being maintained and has already driven at least two small British energy companies out of business (830,000 customers between the two) and a total of 1.5 million UK consumers have been left without coverage.

This is all on top of the ripples still felt across China and northern Asia last winter where a shortage of gas, coal and renewable energy supplies caused problems with reliable supplies for hundreds of millions of people.

That saw the prices of LNG and thermal coal bounce from their pandemic lows in the first of 2020 to record levels – thermal coal went from $US52 a tone at Newcastle to almost $US180 a tonne and LNG prices in Asia rose from less than $US6 a million BTUs (British Thermal Units, the way gas is priced) to around $US26 plus a million BTUs at the moment.

A shortage of thermal coal in the Asian basin is not helping, especially as China has banned supplies of the highest quality (and less polluting) coal from Australia.

After months of weak or no growth in output, China’s domestic coal production noticed up a rise in August – a whole 0.3% to just over 340 million tonnes. Safety problems and a government crackdown on dodgy mining and dodgy practices has helped constrain coal output, along with the crack down on carbon emissions.

Brownouts, rolling blackouts and power rationing has been reported across much of China through summer and the government has been pushing coal miners hard to produce more to help power companies build stocks ahead of the winter.

Steel, copper and aluminium production has been hit by the carbon emissions crackdown, or in the case of aluminium by brownouts and power rationing.

Chinese coal imports in the 8 months to August totalled 198 million tonnes, down from 2020 million in the first 8 months of 2020 (when the impact of the ban on Australian coal started).

Coking coal prices have topped and moved past the $US500 a tonne level in the Chinese market (supplies from Russia, Mongolia, the US and Canada have been hit by the impact of Covid Delta outbreaks, fires in Canada and high demand in the US).

The Chinese economy has slowed in the past quarter and there’s the continuing Evergrande property crisis that will have to be sorted out before economic growth can rebound.

China has limited imports of oil (but not natural gas and LNG) and claims to have sold an unknown amount of oil from its strategic reserves to push prices lower. It hasn’t happened and the government was forced to allow petrol prices to rise from last weekend.

Chinese buyers are competing for scarce LNG supplies in Australia, Indonesia and the Middle east with Japanese, South Korean, Taiwanese and European energy companies. US supplies have been restricted by the recent spate of Gulf storms and the damage caused to ports and other facilities.

Drought in north America has slashed electricity supplies from hydro – the US Energy Information Administration has just forecast a drop of 14% in US hydro output this year with output in California down a massive 49%.

That will mean more demand for gas, coal and other renewables ahead of the US winter. Hurricane Ida has done a lot more damage than first thought to oil and gas producing and processing/distribution facilities across much of the US south.

That in turn has had knock on effects right through the US energy chain.

No wonder then, despite higher production from OPEC and the US shale sector in the past month, that oil prices have not fallen as many would have expected they would do.

Brent crude futures settled at the highest level in almost three years as supplies shrink at a time when a global energy crunch makes it increasingly likely oil could be used this winter for power generation.

The global benchmark crude rose 1.4% on Thursday to close at the highest level since October 2018, while US crude futures (WTI) advanced 1.5%.

Oil supplies in the US are at the lowest since 2018 with output levels weaker after Ida and other Gulf Coast storms, while stockpiles at a key hub in Europe remain below average levels for the time of year.

Some of the world’s major oil traders and banks see crude prices rising to $US80 – $US90 a barrel by the end of the year.

Vitol Group (it owns the ASX-listed viva Energy refining and distribution business in Australia) sees oil rising above $US80 a barrel and thanks to pressure from rising gas prices, boosting demand for crude from power companies in North America, Japan, Europe and China.

Goldman Sachs says crude may top $US90 a barrel if the coming winter in the northern hemisphere is colder than normal.

For Australia, the rising price poses more problems for Viva and for Ampol, the two listed refiners (which are being partly subsidised by the taxpayer) and for retail prices as they wonder what will happen as the Covid lockdowns start easing in NSW, Victoria and the ACT.

Will the easing of the lockdowns see an immediate boost for petrol, or will it be slower as people remaining at home and work?

And as air travel starts re-opening, demand for jet fuel will grow, but by how quickly and will the feared outbreaks later this year and in early 2022 see travel demand curtailed.

The surging price of oil and gas – especially LNG – is good news for the two big mergers now underway in oil and gas.

The Santos – Oil Search marriage is simpler than the sale by BHP of its oil and gas businesses to Woodside shareholders (and its own shareholders).

Of course, if the coming price blip proves to be a one off in 2022, then the consolidation pressures on the merging companies will be far tougher than current pricing would indicate.

But at the moment the price strength and higher demand are good bases for the actual transactions and the start of the rationalisation.

Australia itself faces the growing possibility of a gas shortage in 2022, according to the ACCC, the competition regulator.

Is what we are seeing in Europe and the UK an example of what might lie ahead here next year?