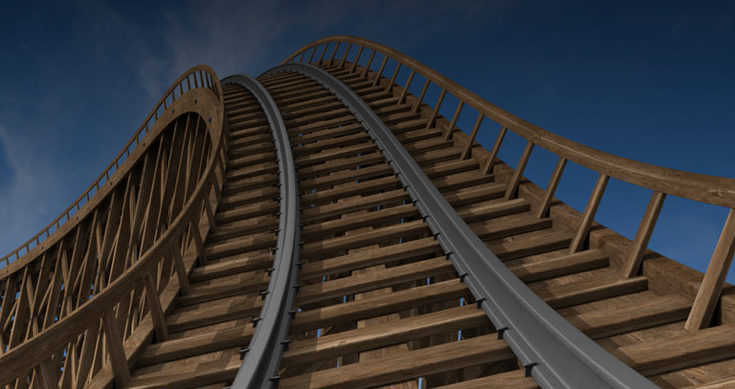 Hang on to your hat. There is a better-than-even chance that Australia’s second-quarter CPI figure will surprise on the upside—possibly by a lot. In “normal” times, this would almost certainly trigger fears that the Reserve Bank of Australia (RBA) would bring forward its guidance on the timing of a rate rise.

But times are not “normal”. One acknowledgement of that is the RBA’s statements that it is focusing on inflation outcomes rather than, as is more usually the case, the inflation outlook. But surely a big CPI number—an “outcome” above the target band—would cause the RBA to change its position that a rise in the cash rate is unlikely before 2024?

Probably not, in our view, once three interacting factors are considered: the risks to the near-term economic outlook, the dynamics underlying the CPI figure, and the shift in monetary policy regime.

Australia’s better-than-expected economic performance since the pandemic began has been grist to the mill for those who think tighter policy could be on the cards. Economic data has been much stronger than expected. The unemployment rate is below 5% and the second-quarter GDP result, when released, will more than likely strengthen such views.

But it will be a snapshot of the economy before the Delta variant took hold, and won’t account for the economic impact of the latest wave of lockdowns.

There are reasons to think that the economy may not do so well this time. While the first wave of COVID-19 was a huge challenge for Victoria, resulting in extended lockdowns, the rest of the country fared relatively well, with a lower spread of infections and more limited lockdowns.

Government response in terms of JobKeeper and other support measures was swift and generous.

With the Delta variant, however, more of the country has been locked down and government support (so far) has been less forthcoming than it was during the first wave. Lockdowns look set to continue for the immediate future, putting the short-term economic outlook under a cloud.

The “Transitory” vs “Permanent” Debate Down Under

Higher year-on-year inflation readings had been expected in 2021 because of the base effects created during 2020, when lockdowns caused economic activity (and inflation) to fall. So why might second-quarter CPI surprise on the upside?

The dynamics behind the figure will be two-fold. One factor—as we’ve seen elsewhere around the world—relates to the huge shift in the composition of demand.

Thanks to lockdowns, border restrictions and so on, there has been a big swing towards goods consumption: electronic goods such as computers, for example, as more people have worked from home. This remains in place, putting pressure on the global supply of semiconductors.

Among those affected are car makers, leading to shortages in the supply of cars and higher car prices. Similar imbalances affect other industries, including a shortage of housing materials.

The other dynamic is policy-related. For second-quarter CPI it will include the winding back of government measures to support the economy through the pandemic. It’s this winding-back which, in our view, has the greatest potential to cause upside surprise.

For example, the HomeBuilder grant ended in March. It had helped to mask the effects on CPI of the housing materials shortage. Its removal, in our view, could cause CPI to spike significantly. Other wind-backs include electricity tariff reductions in Western Australia and free childcare.

Many of those factors should be seen as “transitory” rather than “permanent”. This is a debate already seen in other parts of the world. Just as we’re lagging in the vaccine rollout, we seem to be last to join this conversation.

RBA Sings to a Different Tune

But even if we put COVID-19 concerns aside, shouldn’t the RBA be following the lead of other central banks, and preparing the ground for policy normalisation? We’re not so sure.

Central banks have read from the same songbook for the past couple of decades, but we’re starting to see much greater divergence of approach toward monetary policy at a global level. A conspicuous example was the US Federal Reserve’s disclosure in June of a growing view among members of its policy-making committee that rates could rise in 2023.

The European Central Bank and Bank of Japan, by contrast, remain committed to accommodative policies for the foreseeable future.

A similar divergence has appeared among the smaller developed-market central banks, with Canada’s and Norway’s favouring a move to policies more in line with those that prevailed before the pandemic, while others—such as Sweden’s and the RBA—are not so inclined.

The issue has taken on a regional flavour now that the Reserve Bank of New Zealand has said it will end its quantitative easing (purchases of government bonds)—a move seen as a possible prelude to an increase in interest rates.

Markets are used to thinking that the RBA follows where the Fed leads, and that the RBA and RBNZ normally move in the same direction. But such thinking may no longer be helpful. It’s worth noting that the RBA has been consistent in saying that rates are unlikely to rise before 2024.

There are two reasons for this, in our view. First, the RBA has fallen well short of its inflation target—and did so, even before the first wave of COVID-19.

Second, it has had to take another look at labour-market dynamics. Unemployment was relatively low before the pandemic but wage rises, at around 2%, have been nowhere near enough to bring inflation close to target.

The RBA’s policy settings, in other words, weren’t conducive to meeting its inflation target before the pandemic hit, and are therefore even less so now.

The Main Game Is the Medium Term

While CPI might surprise on the upside, and markets react sharply, the key point to remember, in our view, is that the RBA is unlikely, for now, to take its eye off 2024 as the time horizon for a rate rise. This is even though the RBA is targeting inflation outcomes rather than the outlook.

The reason is that the factors driving CPI higher are transitory, and the RBA won’t begin to regard inflation outcomes as sustainable until wage inflation rises beyond 2% to 3% or 4%. Clearly, that’s not happening.

So, relax for now. But don’t be complacent. We think those who focus too closely on the short-term outlook for inflation and rates risk taking their eyes off the ball of a much bigger game: the move to a structurally higher inflation regime in the medium term based on secular factors.

But that’s another story.