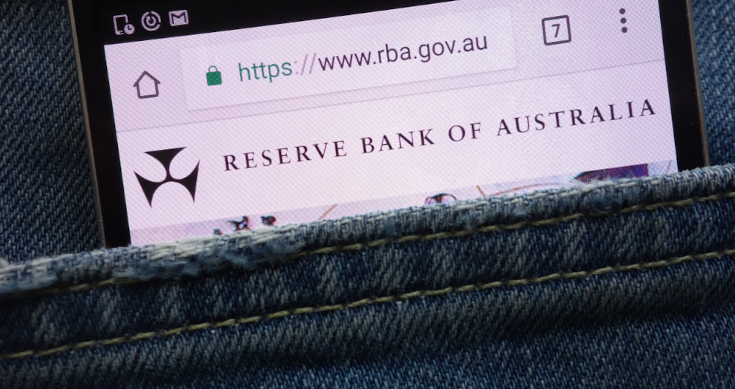 The Reserve Bank of Australia’s monetary policy decision tomorrow will be its most important more than a year and will set policy out to early 2024.

The decisions between March and November, 2020 saw the cash rate cut to the all time low of 0.25%, and then 0.10% eight months later, started a unique yield control plan to keep the cash rate at 0.25% and then 0.10% for three years; set up the Term Funding facility to help banks continue to lend money (which ended at June 30) and targeted the 10 year bond rate via a $100 billion bond buying campaign or Quantitative Easing which also capped the strength of the Aussie dollar and stopped it rising to parity with the US dollar and beyond.

There will be no change in the cash rate of 0.10% nor in the continuation of the Quantitative Easing, though there could be a phased reduction in the monthly bond buying and perhaps a date later this year to again review the policy.

It will be the target month of April, 2024 which will see most interest in whether the RBA retains that as the target bond for its yield control policy, or pushes it out to the November, 2024 bond and admit that rates will remain at the record low until 2025.

RBA Governor Phil Lowe has a media conference as well tomorrow and a big speech from him on Thursday on labour markets and monetary policy.

Economists at Moody’s ratings agency said in a weekly note on Friday “although domestic demand has rebounded strongly and the pace of the labour market revival has exceeded expectations in recent months, wage growth and inflation have remained relatively subdued over this period, necessitating an extended phase of conducive policy settings.

“Moreover, the recent disruptions caused by localised outbreaks, although likely to be temporary, will increase the odds of the central bank expanding its current quantitative easing program by undertaking a third round of bond purchases in the coming months.”

And the AMP’s Chief economist, Shane Oliver wrote in his weekly note at the weekend expects to see “the Bank ease up on some of its emergency stimulus measures but remain pretty dovish in view of the threat posed by the latest coronavirus outbreaks and lockdowns.”

“Specifically, the RBA is likely to retain the April 2024 bond for its “3 year” yield target because it’s likely to conclude that there is a reasonable prospect for the conditions being met for a rate hike in 2024 and we also expect the RBA to announce that it will reduce its bond buying program to $75bn over six months from September (from $100bn at present) but would not be surprised if it moves to more frequent reviews of its bond buying.”

“But otherwise, the RBA is likely to remain pretty dovish given the coronavirus threat and a desire to not want to add to uncertainty by sounding hawkish.

“This is likely to see the Governor reiterate that the conditions for a rate hike are viewed as being “unlikely to be met until 2024 at the earliest” or replacing it will something that’s equally as dovish. A speech by RBA Governor Lowe on Thursday is also likely to be relatively dovish,” Dr Oliver wrote.

In the minutes of its June meeting the bank made clear that “In discussing these considerations, members noted a return to full employment as a priority for monetary policy that would assist with achieving the inflation target. Consequently, monetary policy would be likely to need to remain highly accommodative for some time yet.”

In other words, don’t listen to anyone spruiking chat about interest rate rises earlier than the bank says.

“Key considerations for the decision in July would be the progress made towards the Board’s goals for employment and inflation, and the likely effect of different options on overall financial conditions,” the minutes read.

“Observing that the bond purchase program had been one of the factors underpinning the accommodative conditions necessary for the economic recovery, members thought it would be premature to consider ceasing the program,” the minutes said.