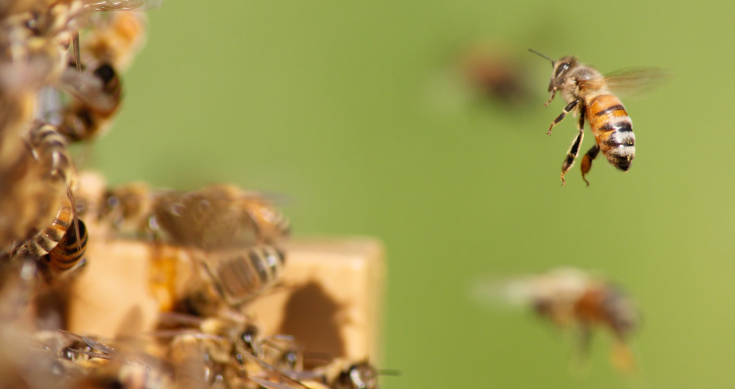 From morning to night, a procession of politicians lining up to front the media has ensured none of us could miss the fact a federal budget was delivered last week.

Last week, Michelle Grattan shared this quip by a Liberal backbencher, overheard in parliament house: “Did Anyone Miss Out? Perhaps Only The Beekeepers Of Australia.”

Every year, I’m asked by clients what a budget means for retirees and other income investors. The truth is what you hear during a budget week is a lot of spin – the foundations of a massive marketing exercise of which effectiveness can only be judged at the next election.

As an investor, it’s best to ignore the politics, spin and pageantry and focus on the nuggets of information that can help you draw conclusions about the bigger picture for the business environment. After all, as shareholders, we are part-owners of listed companies and our income is dependent on those companies being able to make profits which are in turn distributed to shareholders via dividends.

From the Plato team’s perspective, the most relevant takeaways for assessing the outlook for the business environment (and dividends), are as follows:

Broadly speaking, much of this data indicates the Australian businesses environment and broader economy is in far better shape than most were anticipating six months ago. While we won’t see stimulus cheques like in the US, households and consumer spending should continue to be boosted by the extension of the low-and-middle-income tax offset and jobs will no doubt come from the $15 billion infrastructure spend.

The reduction in the eligibility age for the downsizer contributions and the abolishment of the work test (which will mean people aged 67 – 74 will be able to make non-concessional and concessional contributions into their super without having to meet a work test) will no doubt assist some. However, there is rarely any meaningful policy directed at supporting this group of quiet Australians.

Self-funded retirees rely on income from investments to keep the lights on and have been doing it tough in the historically low-rate environment.

Thankfully, in the shadows of the Budget, we have had some very positive news for dividend income.

The banks have bounced back

Over the past fortnight, half-year results from Westpac (ASX: WBC), ANZ Bank (ASX: ANZ)and National Australian Bank (ASX: NAB), along with a third quarter result from Commonwealth Bank (ASX: CBA) have been released.

Across the board, we’ve seen a significant write-back of provisions and strong increases in cash earnings within the banks – a result of the improving economic outlook.

To summarise the dividend announcements:

CBA didn’t post a dividend because its result released last week was a quarterly announcement. However, its cash net profit after tax (NPAT) of $2.4 billion for the quarter is a 24% increase when compared to the average cash NPAT for the last two quarters. Another very strong result.

Bank dividends aren’t yet back to pre-covid levels, but they are well on the way and much like the budget, the information within these results gives us confidence about the broader outlook for dividend income.

We also expect the big miners to keep generating strong dividends over the foreseeable future, with commodities continuing to display strength. Elsewhere in the past few weeks results from CSR (ASX: CSR), Amcor (ASX: AMC) and Super Retail (ASX: SUL) have also been very encouraging.

Plato projects the ASX200 is on track to return around 5% gross yield in the coming 12 months and it’s likely active and tax effective portfolio management will be able to deliver significantly more.

On the sideline, with the beekeepers and their hives, at least self-funded retirees can look forward to a dividend honeypot that appears to be getting sweeter.

The Plato Australian Shares income Fund will primarily invest in ASX listed entities, with a bias toward yield, and aims to provide an annual gross yield (including franking) that exceeds the gross yield of the S&P/ASX 200 Franking Credit Adjusted Daily Total Return Index (Tax-Exempt) after fees.