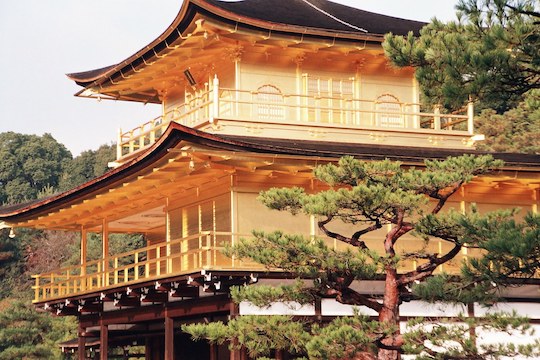 In 2006, 52-year-old Shinzō Abe of the almost-always-in-power Liberal Democratic Party became Japan’s youngest-ever prime minister. In 2007, however, the son of a foreign minister and the grandson and grand-nephew of prime ministers resigned due to ill health.

Abe recovered soon enough. In 2012, the princeling retook the leadership of then-in-opposition LDP and after elections in December that year again became prime minister of the world’s third-largest economy. On August 28 this year, Abe, now Japan’s longest-serving prime minister, unexpectedly resigned, again due to poor health.

Abe’s health-interrupted prime ministership and his deflated exit almost symbolises the fragility of Japan’s deflation-prone stop-start indebted economy since an asset bubble burst in the early 1990s. Abe’s three-pronged ‘reflationist’ revival plan launched in 2013 can be regarded as an aggressive, but largely forlorn, attempt to pull Japan out of its stagnation and ‘debt trap’ (when more debt is needed to overcome the problems left by past debt).

Abe’s ‘three arrows’ of radical monetary stimulus, diminishing fiscal prodding and microeconomic reforms were inspired by the reflation policies of his predecessor Korekiyo Takahashi (1854-1936), who “brilliantly rescued Japan from the Great Depression” in the assessment of former Federal Reserve chairman Ben Bernanke. Abe’s handicap was that orthodox monetary and fiscal stimulus was largely spent when he primed his arrows to revive a deflation-riddled country with an ageing and shrinking population that leads to a chronic lack of domestic demand. By the time Abenomics was launched, interest rates were already at zero and fiscal deficits had driven Tokyo’s debt to about 230% of GDP.

The Bank of Japan’s ‘bazooka’ of monetary stimulus that formed one prong of Abenomics included a buying spree of government bonds, purchases of equity funds, negative interest rates and the simultaneous targeting of the cash rate and the 10-year government bond yield. The prong of micro reforms included pushes to attract more elderly, females and foreigners into the workforce and increasing the country’s birth rate. The other prong of fiscal stimulus provided diminishing support because Tokyo reduced its deficit from 8% of output in 2012 to about 3% of GDP by 2017 to arrest the rise in government debt ratios – perhaps Abe’s greatest achievement before the coronavirus struck.

But higher taxes led to sporadic contractions in the economy (while the pandemic triggered another slump and renewed deflation). From 2013 to 2019, Japan’s annual economic growth averaged only 1.1% and annual inflation reached only 0.9%, while gross government debt climbed to 238% of output. Stimulus this year worth 40% of GDP to fight the coronavirus will take the debt ratio much higher. The micro reforms did little for relative productivity growth – Japan’s largely improved only in line with the OECD average.

Abe’s policies were drastic in parts but not drastic enough it would seem. They lacked the punch of Takahashi’s reflation efforts that enabled Japan to be the first major power to escape the 1930s depression. Takahashi’s formula was to take Japan off the gold standard to allow the yen to plunge, to slash interest rates and to use the central bank to finance government deficit spending (as in printing money Zimbabwe-style).

And therein lies one of three broad policy options for Japan under 71-year-old Prime Minister Yoshihide Suga who in September became the country’s 99th prime minister. Many observers have long speculated that indebted Japan would be the first modern major economy to print money in the quantities needed to escape stagnation and deflation. Government action to create money and hand it to the public is a recipe for growth though at the risk of inflation because more money is chasing the same amount of goods and services.

Another option for Suga would be to intensify and broaden the Bank of Japan’s asset buying to include more privately owned assets such as shares, while adding to the 50% of government bonds it already owns. But quantitative easing seems better at avoiding crises than reviving economies. It would perhaps be almost akin to Suga’s third option, to do not much more at the macro level and focus on micro reforms, which, due to political challenges, tend to be longer-term minor remedies. The risk with these last two options is that Japan’s economy in coming years will only muddle through and thus could be poorly placed to deal with future shocks. The option Suga chooses, especially if he opts for money printing, will be of much interest because Japan’s path will hold lessons for other pandemic-hit economies beset with low growth and high debt.

The encouraging news about a vaccine could reduce Japan’s pertinence for other economies. Japan is a socially and politically cohesive country with a current-account-surplus. The Japanese enjoy a high standard of living and full employment and, along with Japanese firms, save their earnings. So what might work in the country might not necessarily succeed elsewhere. Nothing Suga has said suggests he will soon resort to the money printing that risks out-of-control inflation or that he will pursue more aggressive quantitative easing; he’s talked more about micro reforms.

But Japanese policymakers know they need to do more to achieve sustainable economic growth. They have proven a daring lot. They could well spearhead a policy leap that will lead countries with ‘Japanification’ symptoms into a healthier economic future.