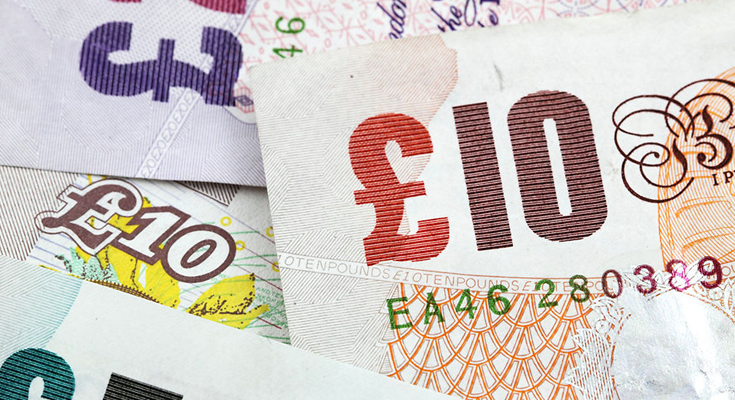 The UK’s credit rating was downgraded by Moody’s late on Friday evening as analysts at the agency warned of a scarring to the country’s economy from the coronavirus, on top of the damage from Brexit.

Moody’s cut its grade one notch to Aa3, equivalent to a double-A minus rating from rival S&P Global, and said its outlook was now “stable”.

Moody’s had last downgraded the UK’s rating in September 2017.

The warning came as a senior executive of Standard & Poor’s that many more countries face ratings downgrades in the next year or so as COVID-19 continues to eat away at economic growth and the well-being of populations and the sustainability of budget and debt positions.

Moody’s said the UK’s economic growth “has been meaningfully weaker than expected and is likely to remain so in the future.”

The Brexit vote to leave the EU has exacerbated the weaker economic outlook.

“Growth will also be damaged by the scarring that is likely to be the legacy of the coronavirus pandemic, which has severely impacted the UK economy.” In addition, the country’s “fiscal strength has eroded,” with debt rising from already high levels, and UK’s institutions and governance are weaker, Moody’s said.

At a time when interest rates are at record lows and the outlook is for more of the same for the next few years, as well as rising budget deficits and debt, decisions by Moody’s on the UK and S&P’s warning is not going to have an impact.

But the reasoning underlines the current and future weakness in many economies now and in the next few years – weak growth, weak demand, low inflation, stuttering jobs growth, and the continuing threat of the coronavirus and its debilitating impact on economies everywhere.

And the virus is why S&P Global’s top sovereign analyst has warned that some of the world’s top economies could see their credit ratings cut or put on downgrade warnings in the coming months.

S&P’s sovereign group managing director Roberto Sifon-Arevalo told Reuters that the immense costs of supporting health systems, firms, and workers through the pandemic was fundamentally altering some countries’ finances for the worse.

The rating agency has already downgraded or cut the outlooks on nearly 60 countries this year, but only relatively few have been higher-rated richer nations.

“You are talking about ratings in the EU, or in highly developed countries like Japan or the UK or in this part of the world, the United States, that have been able to implement pretty massive fiscal and monetary packages to defend themselves,” Sifon-Arevalo told Reuters.

A total of 31 countries – almost a quarter of all those S&P rates – currently have “negative outlooks” on their ratings which more often than not get converted into downgrades.

That includes Australia with its triple-A rating.

“We are going through the revisions. Now, and over the next few months we will continue to do so,” Sifon-Arevalo said. “I would say initially it’s going to be an outlook change.

“And again, there’s going to be those that maybe will come out of that and will come back to stable (outlooks) in a couple of years,” he told Reuters.

And on Friday there was a very real illustration of what might cut the rating of the US (S&P has a AA plus stable rating) when its 2019-20 financial year (ended September 30) were released showing a record $US3.132 trillion, more than triple the 2019 shortfall due to the massive coronavirus stimulus spending.

The deficit more than doubled the previous record of $US1.416 trillion in fiscal 2009, when the US was trying to escape the GFC.

In September, the year’s final month, the US budget deficit was $US125 billion, compared with an $US83 billion surplus in September 2019 – a $US208 billion turnaround.

That normally should have S&P and Moody’s reaching for the downgrade trigger….?