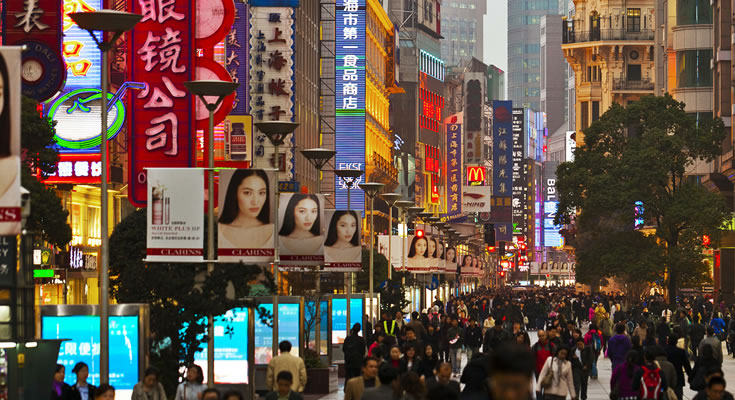 La Samaritaine department store in Paris that was founded in 1870 is of such majestic art deco and art nouveau styling it was declared a national monument in 1990. The building, nonetheless, was closed in 2005 because it was ruled unsafe. Since then, e-retailing has battered department stores the world over and many have closed. Yet La Samaritaine is set to be reopened – even if that is delayed until next year due to the coronavirus. And when La Samaritaine does reopen, expectations are that it will achieve the buoyant sales enjoyed by other household-name department stores in Paris. Why the optimism about old-style retailing? Chinese shoppers. They are keen buyers of the 75 luxury brands offered by LVMH, the French icon that owns La Samaritaine.

The spending power of Chinese consumers has reached well beyond Paris – their outlays drove 31% of the growth in global household spending from 2010 to 2017. The influence of Chinese consumers is a tribute to the economic reforms launched from 1978 in the country of 1.4 billion people. After four decades of uninterrupted growth averaging about 10% a year until the virus-induced decline in the first quarter of this year, China’s GDP is 30 times its size of 1980 while GDP per capita is 24 times higher.

The result is that China now has middle and upper classes of about 400 million people who are wealthy enough to make the Chinese the world’s biggest spenders on luxury goods and foreign travel, to name just two segments. The mainly urban-based spenders could soon devote more to movies than Americans. They are valuable customers the world over to education providers and farmers and many more industries. They have prompted household-name companies, from Apple to Walmart, to open outlets in China. They are, of course, powering local giants.

As most economies expand over time, the fact that China’s population is 4.2 times larger than the US’s 330 million tally indicates that the Chinese could soon enough overtake Americans as the world’s ‘consumer of last resort’ – jargon for saying they will become the biggest and most reliable single driver of the world economy. The gap? US household spending totalled US$13.6 trillion in 2018 (to comprise 68% of US GDP) compared with US$8.4 trillion for China (38.5% of that country’s output).

While the emergence of the Chinese as the world’s biggest consumers seems almost preordained, given they need consume only about 25% of what do Americans, the speed of the ascension is a more open question (virus-triggered disruption aside). China’s challenge is that few countries make the transition from developing to advanced status because economic models based on low-end manufacturing exports and cheap labour can’t easily make this leap.

To surmount this challenge, Chinese policymakers must modernise their economy even more. They are attempting to do so by, first, seeking to boost productivity to bolster living standards and, second, by ensuring that consumption becomes a bigger driver of this expanding economy. These fixes are likely to succeed for three reasons. The first is China has easy productivity gains within reach because much of the economy is still rudimentary. The second is that recent GDP growth (helped along by exports and investment) of an average of 6.6% per annum from 2014 to 2019 is providing economic momentum – past growth, for instance, has created jobs in cities that encourage urbanisation that prompts investment to expand city facilities, and so on. The third is government-driven increases in wages and more spending on social security are boosting consumption by increasing people’s spending power and reducing their need to save. The result is China’s middle and upper classes are likely to expand briskly in coming years. Before too long, the Chinese will overtake Americans to become the key single determinant of the world’s economic health.

The US consumer will still be crucial to the world economy and global financial markets, of course. China’s consumption could take far longer than expected to overtake the US’s because things can go awry with any economy at any time, especially one with China’s debt at 260% of GDP. The rise of the Chinese consumer comes with disadvantages for the world and China. One drawback for the world is that China’s government is willing to weaponise its consumers to achieve political goals. The risk for Beijing of a rising middle class is that history shows the nouveau riche are more likely than the poor to demand political reforms though there’s no sign of unrest in Mainland China. The growth in the middle and upper classes, by default, means that inequality is rising in China, a recipe for political disgruntlement. Even with swelling middle and upper classes, China is still a poor country when measured on a per capita basis (average annual income of US$7,723 in 2018) because it contains hundreds of millions of poor.

But that’s more or less the point. Even if China expands at only sluggish rates, the GDP per capita is likely to rise enough in coming years to double the number of Chinese considered middle class. As such, the next stage of China’s industrial revolution is geared to transform the world economy.