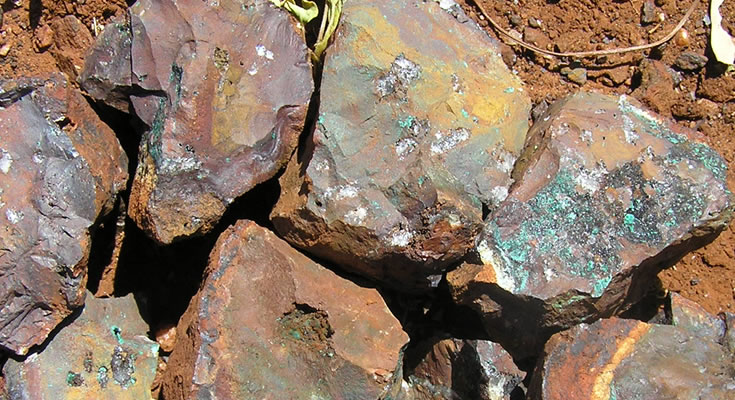 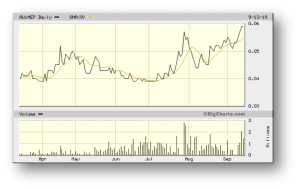 As we suggested in our previous coverage of MEP, the company was likely to attract market interest as it kicked off its 2019 field campaign, with the recommencement of fieldwork at its flagship Jericho copper discovery. Jericho forms part of the Eloise joint venture with OZ Minerals (ASX: OZL) near Cloncurry in Queensland. Over the past six months, MEP’s share price has firmed from a 12-month low of $0.038 to a current price of $0.059 – a gain of 55%. As a guide as to how significantly the market views the Jericho discovery target, MEP’s share price reached a high of $0.115 during December 2017 on the back of the initial holes that tested the then newly-defined Jericho electromagnetic (EM) complex. Eloise (and in particular Jericho) rates as one of OZL’s most prospective exploration locations internationally. Drilling results so far from the 2019 exploration program are most encouraging indeed.

The drill program focused on the parallel J1 and J2 copper-gold lodes along 2.3km of J1 and 1.7km of J2 down to only 250-300m below surface. Less than half of the known mineralised area of both lode structures was covered by this drilling. Previous drilling (2017-2018) shows mineralisation is developed along 3.7km of strike and down to at least 650m below surface. 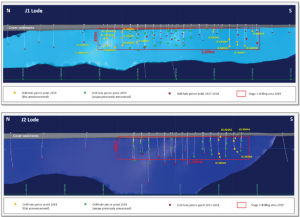 Some of the best results within the J1 zone include:

Some of the best results within the J2 zone include: 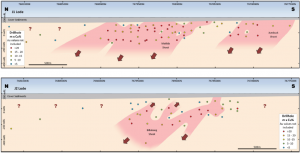 The latest Jericho drilling program was designed to improve geological confidence in terms of lode continuity and grade, by closing-up existing hole spacings. It was expected that the current program will enable the estimation of an inaugural JORC resource for this portion of the Jericho prospect.

Interpretation of 2017-2018 Jericho drill-core suggested mineralisation has a shallow- to moderate plunge north within the host lodes. This trend was confirmed during the 2019 drill program as definition of three main shoots has evolved. These are named ‘Matilda’ and ‘Jumbuck’ within the J1 lode and ‘Billabong’ within the J2 lode. Mineralisation within the shoots is typically thicker, higher-grade and more consistently developed than surrounding mineralisation. The two separate lodes lie parallel and are approximately 120m apart.

MEP is very satisfied with the outcome, proving high-grade copper mineralisation occurs in coherent zones over substantial strike and depth extent, particularly within the central portion of J1. The whole dataset will enable compilation of wireframe models for J1 and J2 and a preliminary block model for the centre sections of both.

Given the significant scale of the J1 and J2 parallel mineralised structures, both extending for more than 3km along strike and remaining open in all directions, there is clear potential for a significant mineral system to exist at Jericho. 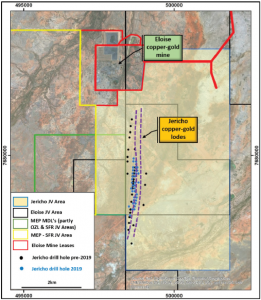 MEP has suspended drilling to allow for consolidation of data and refinement of the geological model in order to guide the next drill program. During Q3 2019, activities peripheral to geological modelling will include baseline ecological studies, first-pass metallurgical testing and high-level mining optimisations.

In addition, significant additional areas of mineralisation have been defined at Jericho outside of the current drill envelope. These areas have remained relatively sparsely drilled, show good geological continuity with strong copper-gold grades, and are expected to be the subject of future drilling programs.

The results at Jericho to this point have been highly encouraging, especially as the prospect lies just 6km from the Eloise mine. The MEP-OZL JV is seeking Eloise-style copper-gold and Cannington-style silver-lead-zinc mineralisation, with both styles evident in the well-endowed mineral camp around the Eloise, Altia and Maronan deposits. As a result, the market is paying very close attention to the current Jericho drilling program and has rewarded MEP with a 55% share price increase over recent months.

The broader and enhanced JV relationship between MEP and OZL is also enormously significant, especially with OZL funding all activities on the Jericho project from 1 April 2019. It seems clear that OZL holds very high hopes for the Cloncurry region, which is great news for MEP.