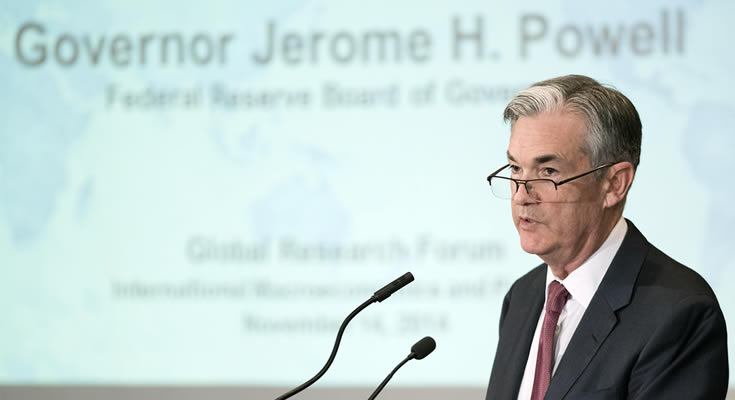 The chances of a US rate cut seem to have improved sharply after the first of two appearances before US Congress by Fed chair, Jay Powell on Wednesday.

Powell’s appearance saw the S&P 500 hit 3,000 points briefly as US markets jumped in the wake of his comments which suggested a rate cut by the central bank is not far away.

His remarks restored the market’s belief of a rate cut at the Fed meeting at the end of this month – a belief that had been eroded by the strong June jobs report last Friday.

Like the S&P 500, the Dow and the Nasdaq also peaked early in the session on the comments by Powell and then eased a touch across the rest of trading.

Those intraday highs marked new records for all three benchmarks and the ASX 200 should start slightly higher Thursday.

Oil rose thanks to an early storm in the Gulf of Mexico which saw many producers close platforms and send staff ashore. A fall in US stocks of oil for a 4th successive week also bolstered prices. Gold was up more than $US18 to $US1,419.20 at the start of Asian dealings.

The Fed chair’s comments came five days after the unexpectedly strong June new jobs figure of 244,000, saw economist wind back their forecasts of a rate cut at the July meeting of the central bank.

Economists say a rate cut of a 0.25% looks on the cards – not the half a percent cut that some analysts were predicting last week.

Despite that strong jobs report and the new truce in the trade war between the US and China, Mr. Powell told a House of Representatives Committee “uncertainties about the outlook have increased in recent months”, particularly internationally.

He pointed to “broad” global weakness that was clouding the US economic outlook amid uncertainty about the fallout from the Trump administration’s trade conflict with China and other nations.

Despite the solid June jobs report, Mr. Powell said “data have continued to disappoint. That is very broad across Europe and around Asia, and that continues to weigh.”

“Manufacturing, trade, and investment are weak all around the world … We have agreed to begin (trade) discussions again with China, and that is a constructive step. It doesn’t remove the uncertainty.”

In his prepared remarks released before the hearing, Powell pointed to a considerable set of risks in the US economy – such as the persistently weak inflation, the slowdown in other major economies, and a weakening business investment driven by trade risks.

Fed officials at their June policy meeting signaled those concerns might warrant lower rates, and “since then, based on incoming data and other developments, it appears that uncertainties around trade tensions and concerns about the strength of the global economy continue to weigh on the U.S. outlook,” Powell said in his pre-appearance remarks.

Powell said “Apparent progress on trade turned to greater uncertainty, and our contacts in business and agriculture reported heightened concerns over trade developments.” and he added that business investment “seems to have slowed notably” in recent months.

Powell is due to appear before a Senate Committee tonight.