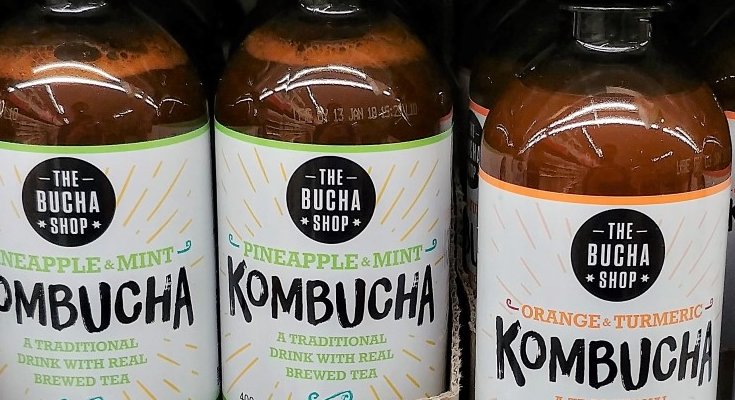 With a new backer, Food Revolution Group is taking an aggressive approach to the Middle Kingdom. Further up the food chain, investors are trying to work out whether Costa Group’s issues are cyclical or more systemic

Avocado prices aside, the other big issue swirling around the Newtown/Fitzroy milieu is: have we reached peak kombucha?

According to Food Revolution Group (FOD, 8c) the trendy fermented black or green tea drink is about to be supplemented by yerba matte, a South American herbal tea that contains goodness including xanthenes (a stimulant also found in, tea, coffee and chocolate).

“It’s great for gut health and will be the next thing,” promises Food Revolution chief operating officer John Florey.

As a processor and marketer of “functional beverages” based on squeezed fruit and vegetables, Food Revolution is a reliable barometer of what premium-priced concoctions the hipsters and health conscious are willing to fork out for.

With its Bucha Shop brand, Food Revolution has a number three position in the kombucha market – and is still extending its range despite the yerba matte threat.

Not that Food Revolution is risking it all one or two vogue products. From its factory in the distinctly non-trendy Mill Park in outer Melbourne, Food Revolution produces a range of exotic blends and sachets (food supplements) and canola and citrus oils (a byproduct the company previously was pouring down the drain).

“We can turn a flavour around in four days,” Florey says. “We have an advantage in the market and we are really pushing it.”

Food Revolution also has shelf space in Coles and Woolworths and recently signed a supply deal with the “hard to crack” Metcash pertaining to its Victorian IGA stores.

“We have good customer relations covering who’s who in the zoo,” Florey says.

As with so many other food plays, Food Revolution has heard the Siren call of the Chinese market, with local entrepreneur Norman Li last year committing $20.25 million of equity (payable over 12 to 18 months).

Food Revolution has already signed distribution deals with Careline (naturally), hotel supplier JJ Global and Sinopec, which is best known as an oil and gas company but also has 35,000 Chinese convenience stores.

This month, the company received its first order from Costco China to stock four juice lines to the retailer’s new Shanghai store.

With a retail background spanning 46 years of senior roles at Coles, The Reject Shop, Sigma Pharmaceuticals and Repco, Florey has led a corporate shakeup. This has including the usual downsizings but also beefing up the sales force and product range and a capital outlays on a drying facility to produce sachets and gels.

Interim sales declined 12 percent to $15m, the result of subdued contract packaging demand, but Florey expects sales to rebound in the current half.

“To get China right we had to get Australia right and I think we have done that,” Florey says. “We have seen gross profits improve (from 30 percent last year to 35 percent) and we will see further improvements.”

Despite the latent demand from China’s teeming middle-class Mill Park is only running at 44 percent capacity. At full capacity, the factory could support annual revenue of $100m to $500m.

“We think we will get $10m to $15m out of China next year and that is being conservative,” Florey says.

Food Revolution’s performance has been less than whelming since the company back door listed in early 2016. But if Dr Li can walk the talk and use his contacts to good effect, the company may still crack a spot on the China ‘glamour stocks’ aisle.

Further upstream in the food chain, there’s still plenty of debate about whether the shares in the country’s biggest fruit and veg producer have been unduly marked down since a hefty profit downgrade in late May.

Pretty much nothing has been going right for Costa, with five key issues leading to management downgrading expected calendar year net profit by around 20 percent (to $73.6m).

The stock tumbled 27 per cent in response.

A problem with “crumbly” fruit means that a large portion of Costa’s NSW raspberry crop can’t be picked, while an errant fruit fly was found in a fruit grown in South Australia’s Riverland (an area declared fruit fly free).

The prevailing view of Costa watchers is that Costa’s problems are cyclical – or at least fixable at a cost.

For instance, the fruit fly problem will be overcome by cold-treating packing the produce elsewhere, but at what broker Citi estimates to be an added cost of $3-4 million.

With recent rain in the right places, water costs should also ease. The dud raspberry crop – thought to result from deformed strains – should also not be repeated but the damage has been done for now (Citi puts the cost at $6.5m of underlying earnings).

Over the long term, opines broker Morgans, Costa’s multi-commodity approach and geographical diversity should mitigate its exposure to the normal agricultural cycles.

Costa operates over 4500 hectares here, with 30 ha of glasshouse and seven mushroom farms. It also is expanding its acreage of avocado, that beloved breakfast fruit of inner-city café goers.

Costa also has berry joint ventures in Morocco and China, with overseas revenue forecast to rise to as much as 40 percent of the total.

Even after the share retraction, Costa shares trade on a current-year earnings multiple of 20 times, so don’t exactly look cheap.

Bennelong Funds Management certainly doesn’t think so, having reduced its holding from 12.5 percent to 5.9 percent.

But a return to “more normal” profits puts the stock on par with other agri plays such as Graincorp (which has been troubled by the drought) and almond producer Select Harvests.

But what is normal in the agribusiness game?

Having also downgraded earnings in January and having disappointed on other occasions since listing in mid 2015, Costa needs to develop a more reliable before track record before its shares look like bearing a truly fruitful harvest.