NZ building products giant Fletcher Building saw its shares jump more than 6% at one stage on Wednesday when it revealed an upbeat earnings guidance for the 2022-23 financial year. 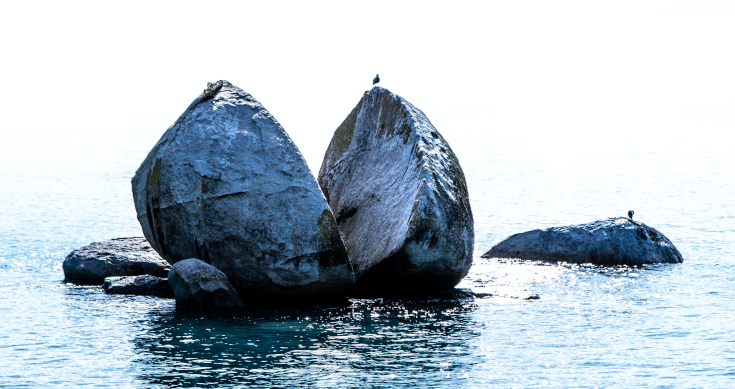 The market liked the solid interim results and higher rewards for shareholders from two of the biggest ASX-listed Trans-Tasman companies – EBOS and Fletcher Building.

UBS raises its target price for Fletcher Building to NZ$8 from NZ$7.85 and increases its rating to Buy from Neutral. 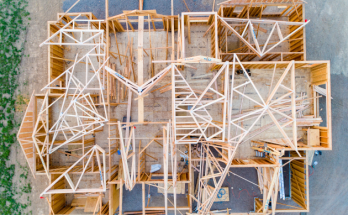 Fletcher Building, one of Australasia’s biggest construction and building products groups, has confirmed a solid turnaround in the year to June, announcing a $NZ305 million profit.

UBS retains a Neutral rating which is under review. Target is raised to NZ$7.65 from NZ$6.55.

Credit Suisse resumes coverage with an Outperform rating and $7.20 target. 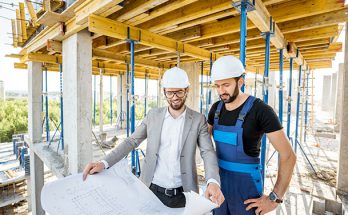 NZ-based Fletcher Building is returning to the list of companies paying dividends after a break of 18 months following a 48% jump in first-half profit.

UBS observes Fletcher Building’s share price is now sitting in line with pre-covid-19 levels, post some significant earnings upgrades with construction activity in New Zealand noting a rebound post-lockdown along with cost-saving initiatives by the company.

For the 4 months ended October, operating income is up 55% versus last year led by revenue growth and margin expansion. Resilient activity levels in both New Zealand and Australia have helped the case, remarks UBS.

Macquarie adjusts forecasts for earnings per share down -36% to account for the trading update for May, which implies FY20 earnings guidance of NZ$309m. 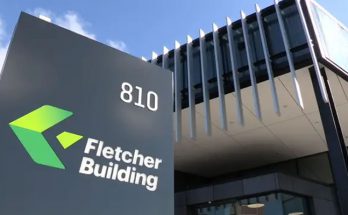 New Zealand based construction and building products group, Fletcher Building has joined Tabcorp in making its final dividend dependant on the attitude of its bankers.

The company has indicated the outlook is difficult and plans to cut 1500 jobs. The prospect of breaking even on earnings (EBIT) in the fourth quarter, which usually represents 40-45% of annual EBIT, highlights the downside associated with any return to more restrictive lockdown measures, Credit Suisse asserts.

The company has withdrawn guidance for FY20 and cancelled the interim dividend to preserve liquidity.

NZ-based Fletcher Building has cancelled its dividend, suspended its buyback and withdrawn its 2019-20 earnings guidance.

Fletcher Building’s AGM confirmed the company is on track to meet consensus expectations, although trading to date has been a mixture of stronger and weaker results for different businesses.

Fletcher Building (FBU) says it’s back in profit and paying dividends after the first of its five-year turnaround strategy.

The company has downgraded its underlying earnings (EBIT) outlook for FY19 by -NZ$30m, the result of a disappointing Australian division. Given the sharp decline in Australia, management’s view that FY19 was a successful year is a surprise to Deutsche Bank. 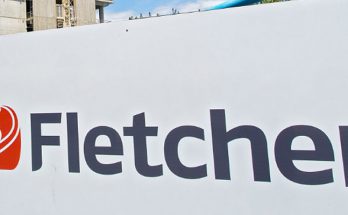 Fletcher Building will use some of the money raised from the sale of its Formica business to run a $NZ300 million buyback once the 2018-19 annual results are released in August.

Fletcher building is looking at big losses from its Australian operations after a clean out and restructuring.

Fletcher Building has completed the sale of Formica and disclosed the contribution to FY19 guidance, updating for timing and variations. New guidance range is NZ$620-650m, with a -1.6% downgrade at the midpoint from prior guidance.

Fletcher Building is returning to paying dividends after announcing an $NZ89 million interim profit for the six months to the end of December.

New Zealand’s struggling building and construction giant, Fletcher Building has abandoned its bid for Steel & Tube Holdings after its sweetened offer was rejected.

No dividend for shareholders in New Zealand’s largest construction company, Fletcher Building, after it revealed a loss of $NZ190 million in the wake of cost overruns on more than a dozen building contracts.

Fletcher Building will be untroubled to raise most of the $NZ750 million from big shareholders by the time the raising closes tonight and the shares are re-listed tomorrow.

Struggling NZ-based Fletcher Building is asking shareholders to inject $NZ750 million into the company, which will in effect partially recapitalise a business that has been hurt hard by huge losses on some weak building contracts.

Troubled NZ-based building products and construction group, Fletcher Building revealed an operating earnings loss of $322 million for the six months ended 31 December 2017 in the wake of the huge losses on a total of 16 building contracts across NZ.

Not even former bankers are exempt from overseeing a mess, especially when it is a debacle that has created close to $NZ1 billion in losses in less than a year! Take Sir Ralph Norris, a former CEO of the Commonwealth Bank. He retired from the CBA (to make way for another Kiwi in Ian Narev) in 2011 and took up various board roles, one of which saw him made chair of Fletcher Building – one of the biggest building products and construction groups in Australasia.

Is the financial health of troubled Kiwi building products and construction company Fletcher Building worse than understood by the market?

Standby for more bad news from Fletcher Building as losses from at least two dodgy projects blow past previous estimates.

The losses from its troubled B+I division continue for Fletcher Building.

A big annual meeting in Auckland this morning (starts around 8.30am Eastern Australian Summer Time) for Fletcher Building with no only the much anticipated earnings guidance for 2017-18 expected, but an explanation for the sharp slide in profit in the year to June and why the CEO Mark Adamson had to go and the name of his replacement expected.

As expected, Kiwi construction giant, Fletcher Building has reported a big plunge in net profit for the year to June, thanks to a large loss in its troubled construction arm and the writing down of two of its big Australian assets, Tradelink and Iplex.

Fletcher Building (FBU) shares took a hammering yesterday after the company owned up to a massive, 20% to 25% cut in its expected 2016-17 profit, and the explanation left investors wondering about the competence of the management.

Bad news from Fletcher Building (FBU), Australasia’s biggest building and construction company, with a profit write down and loss from a key business due to be revealed this morning before trading starts on the ASX and NZX.

A big thumbs down from Australian investors to the half year result from Fletcher Building (FBU), Australasia’s biggest construction group.