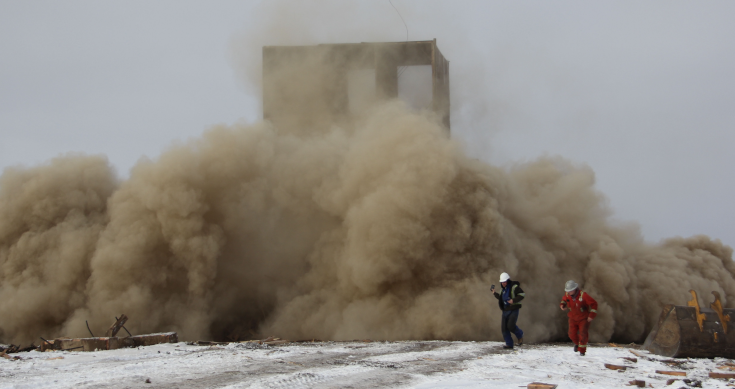 In contrast to the way investors took their time to make up their minds about the CSR full year result (see separate story), Orica’s 2021-22 interim was immediately cheered with an 8% plus rise in the share price to $17.02.

That’s despite the company reporting a Statutory Net Loss After Tax for the half year of $85 million.

Stripping out $214 million of one-offs (which now can dominate the statutory reporting line in a profit and loss account, the company reported a 58% rise in underlying earnings before interest and tax (EBIT) of $245 million.

Part of the net loss was a $61 million tax payment and a net loss on sale of Minova after tax of around $91 million (already revealed in earlier guidance).

That was on higher prices for some of its products, such as ammonium nitrate with output up 5% to 2 million tonnes in the half year, off the back of increased activity amongst miners looking and producing gold, copper, nickel and iron ore, as well as coal.

That is especially apparent in the wake of the Russian invasion of Ukraine and as well as the continuing strong growth in demand for renewable metals such as lithium, copper and nickel.

CEO Sanjeev Gandhi said in Thursday’s statement: “Our first half result reflects the relentless efforts of our team in improving performance, in line with our refreshed strategy that we outlined in November 2021.

“Focusing on three value drivers that aligns with Orica’s strengths, the refreshed strategy aims to deliver solutions and technology that drive productivity and innovation for customers and provide enduring value to shareholders and other stakeholders.”

But the part of the report that caught the eye was the upbeat outlook, now the company has shed the loss-making Minova business and its value destroying troubles.

The CEO said that subject to market conditions, the strengthened performance is expected to continue into the second half of the 2022 financial year.

Mr Gandhi said: “We expect steady commodity growth, particularly in gold, copper and quarry and construction in the second half which will continue to drive demand for our products and services.

“We expect the momentum in earnings from the underlying businesses to continue, despite the planned exit from our operations in Russia, the supply chain challenges associated with Russia-Ukraine, and the divestment of Minova.”

The company said it had net debt of $1.5 billion at the end of March.