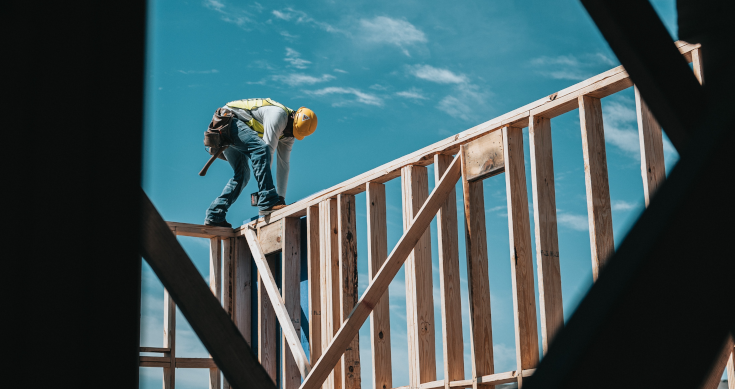 Investors took a day to take an attitude to the full year results from building products group CSR.

A 20% lift in profit and a final dividend plus a fairly confident outlook for the 2022-23 year didn’t do much on Wednesday – the shares moved about a bit and then ended up 3 cents at $5.72.

It was Thursday that we saw a new, negative attitude emerge and down the shares went, with a yearly low of $5.15 being touched in trading before closing at $5.17, a loss of 9.6% for the session and a serious readjustment to the result.

Looking at the result there seemed to be nothing wrong – net profit after tax (before significant items) of $193 million for the year to March 31, was up 20% on the previous year,

And, reflecting strong housing activity as the ripples from the Homebuilder scheme continue, CSR saw higher volumes, improved factory performance and continued cost controls across all businesses, the group’s largest business, building products, posted a 24% rise in earnings to a record $228 million.

Property earnings were down to $47 million, from $54 million (but with the prospect of more this year), aluminium earnings nearly doubled to $40 million on higher prices, which were partially offset by production costs.

The company’s 25% share of the Tomago aluminium smelter managed to overcome its usual bugbear, higher energy prices (although they look like being a worry this financial year).

Revenue rose 9% to $2.3 billion and statutory net profit was $271 million, compared to $146m in the previous financial year (including $86m in carry-forward capital tax losses).

The annual property valuation update showed a 20% rise to $1.1 billion and the company ended the year in march with $178 million in cash.

CEO Julie Coates expects earnings for the property segment in the 2023 financial year to be about $52 million and provided an indicative earnings range of $33 million to $49 million for the group’s aluminium arm.

Ms Coates expects group earnings to be supported by contracted transactions in its property segment over the next three years and an increased hedge position in aluminium division which extends to 2027.

“Investing in our Property assets and our development capability is also a core part of our results with contracted sales secured for all stages at Horsley Park to deliver $408 million in proceeds over six years,” said MS Coates.”

“Remediation work is also progressing on the 196-hectare site at Badgerys Creek adjacent to the new Western Sydney Airport.”

CSR said it was confident the strong pipeline of owner-occupied housing projects to continue in the year ahead as completion times lengthen with supply chain and trade capacity impacting the broader industry.

The company also expects these supply chain problems to slowly ease over the coming year.

All in all, that should have been a result that supported or thereabouts the shares at Wednesday’s close, not produce a sharp fall to a yearly low the day after. It looks like some big second thoughts occurred overnight Wednesday.

With Boral firmly under the control of Kerry Stokes’ Seven Group, CSR is one of the few independent building products groups left on the ASX.