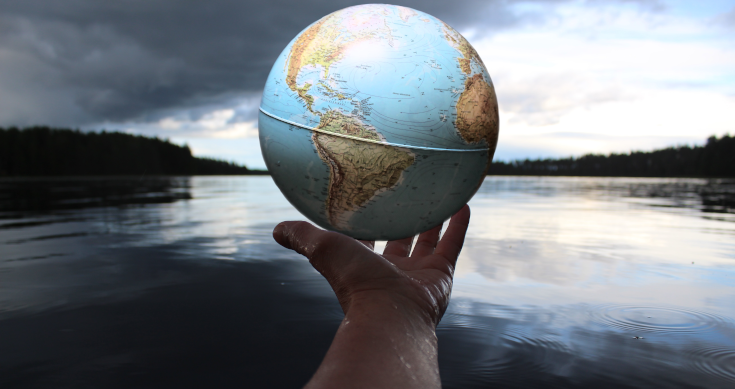 First up, gold and copper miner, Newcrest more than doubled its final dividend as part of a near half-billion-dollar cash bonanza for shareholders after a record profit for the 2021 year.

That higher revenue and a clamp on cost rises saw net earnings leap 80% to $US1.2 billion and a statutory profit of the same size

It was the sixth year in a row of increased dividends from the company.

The 55 cents a share total for the year leaves much of the $US1.425 in earnings per share in the company for what will be a busy 12 months.

“Newcrest has delivered a strong operational and financial performance for the 2021 financial year, producing 2.1 million ounces of gold at an (average price) of $US911 per ounce,” Newcrest chief executive, Sandeep Biswas, said.

“Together with the benefit of higher gold and copper prices, this translated into a record statutory and underlying profit of $US1.2 billion and a record free cash flow of $US1.1 billion.”

In the coming year the company has a long list of things to do as Mr Biswas said in the release on Thursday.

“In the coming months we look forward to finalising key Pre-Feasibility Studies for Red Chris, Havieron and Lihir. We are striving to bring Havieron and the Red Chris block cave into production as soon as possible.

“Phase 14A at Lihir represents further upside from the current mine plan and brings forward our aspiration for Lihir to be a 1 million ounce plus annual producer,” he said.

Newcrest also revealed that it was set to begin early works on the PC1-2 cave expansion at the Cadia gold/copper mine in NSW, after a pre-feasibility study outlined a 90% boost in production.

The $120 million early works are expected to begin in the December quarter of 2021, before main works occur in the second half of 2022.

The expansion would add around 258 million tonnes of ore to the Cadia resource, containing around 3.5 million ounces of gold and 660,000 tonnes of copper.

It is a smaller expansion than the $650 million new shaft and underground operation revealed Wednesday by OZ Minerals for its growing Prominent Hill operation in South Australia, but it is another vote of confidence in copper and Australia by a major miner.

Meanwhile shareholders in South32 will get a special dividend as part of a $US670 million capital return to investors for the full year, despite reporting a statutory loss of $US195 million due to write downs on the coal assets it sold in South Africa and on a coking coal mine south of Sydney.

South32 said revenue rose 4% in the year to $US6.34 billion and earnings before interest, tax, depreciation and amortisation (EBITDA) was $US1.56 billion, slightly below market expectations.

Underlying earnings increased more than 153% to $US489 million thanks to a strong performance from its remaining businesses.

“We delivered a strong operating result, despite the ongoing challenges of COVID-19, achieving record production at Worsley Alumina, Brazil Alumina and Australia Manganese,” CEO Graham Kerr said in the statement to the ASX.

South32 said the $US195 million statutory loss was driven by one-off impairment charges $US728 million relating to Illawarra Metallurgical Coal, where it has been denied permission to expand a coal mine due to environmental concerns, and a loss on the sale of $US159 million following the divestment of South Africa Energy Coal. Both had been warned of previously by the company

The miner said its production guidance remains unchanged for the current year “subject to further potential impacts from COVID-19”.

Mr Kerr said the board has also resolved to further expand our capital management program by US$120 million to US$2 billion, leaving US$252 million to be returned to shareholders by 2 September 2022.

“Looking ahead, we expect to see strong volumes at our base metals operations – Mozal Aluminium, Cerro Matoso and Cannington – following investment in improvement projects that are designed to increase production into favourable markets. At the same time, we continue to pursue cost and volume efficiencies to offset stronger producer currencies and cyclical inflation.

“In May, we announced our medium-term target to halve our operational carbon emissions by 2035 from our 2021 baseline. To achieve this we are investing in efficiency projects, shifting to low-carbon energy, applying low-carbon design principles and adopting new technologies. At the same time, we are increasing our exposure to the base metals required for a low-carbon future.”

Evolution Mining shareholders took a hit from the company which is undergoing a massive restructuring and expansion of its assets here and offshore.

Despite that news – which had been expected after the company announced a raft of changes last month – the shares rose 1.7% to $4.02.

It reported earnings before interest, tax, depreciation and amortisation of $914.2 million, down 11.2% while underlying after tax net profit dropped by around 13% after the decline of the production and EBITDA. But statutory profit rose 14% to $345.3 million.

The miner finished with net bank debt of $459.9 million.

As expected from their trading update at the end of July, Origin Energy has revealed a multi-billion-dollar loss after taking huge write downs in the year to June 30.

The company told the ASX that it posted a $2.29 billion full-year loss as the COVID-19 pandemic and rapid rise of renewable energy hammered prices across the business.

After stripping out the one-off items, Origin posted underlying earnings of $318 million, down 69% from a year ago.

While that ahead of gloomy consensus forecasts for $275.6 million, the size of the fall was a timely reminder of the damage being done to thew finances of fossil fuel energy utilities.

On top of that weak performance the write downs totalled $2,247 million of non-cash charges including impairments and a deferred tax liability.

Origin’s heavy write-downs were due to sharply lower electricity prices and rising costs to fuel its fleet of power stations taking a severe toll. It warned investors that the pain would continue to be felt into the 2022 financial year.

“Operating conditions were challenging this year due to low prices and the impacts of COVID-19 across our key commodities of electricity, natural gas and oil,” Origin CEO Frank Calabria said on Thursday.

“Energy Markets headwinds are expected to persist into financial year 2022, though this should be largely offset by the strong performance of our integrated gas business.”

“Our immediate focus is on capital discipline and cost management to continue to build balance sheet resilience, with a rebound in energy markets earnings expected in financial year 2023,” Mr Calabria said.

Mr Calabria said the LNG business had been “outstanding” across the year, safely curtailing output when the impacts of the pandemic caused a global market oversupply last year, and “rapidly ramping up production when demand recovered.”

“Strong field capability and improved productivity helped deliver record low costs, with a distribution breakeven almost half what it was just three years ago, which supported a strong cash distribution to Origin,” he said.

The company used strong cashflows in the year to lop $519 million from debt.

Overall, investors went blarrrg at the results and the outlook and sent the shares down 4.2% to $4.19.