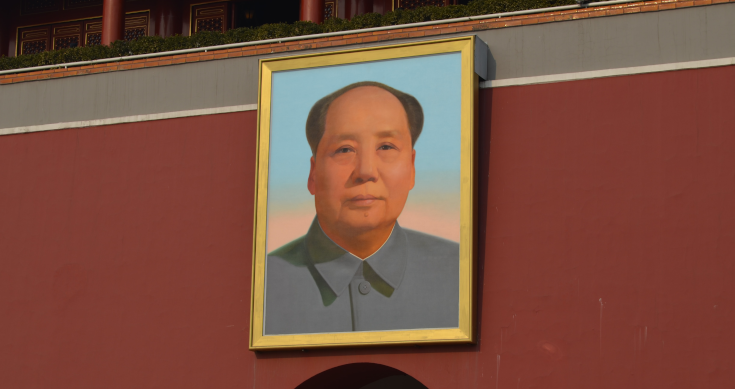 China’s celebration of the centenary of the formation of the Chinese Communist Party took centre stage this week with a now typical hectoring and bullying speech from president Xi. But in preparing for the event, the government may have deliberately slowed the economy.

For weeks now there have been reports of the central and provincial governments ordering mining, manufacturing and construction to ease back on activity in and around Bejing and other major cities to clear the air and give employees time off to celebrate this great event.

Steel production, coal and iron ore mining, metal smelting, apartment construction have been mentioned in reports of government orders to curtail activity ahead of the July 1 anniversary and the ‘celebrations’ which will continue this weekend.

So western analysts wonder if these measures have played some part in the continuing signs of a slowing in the pace of activity in China’s huge manufacturing sector in June.

Gently since April, the pace of economic activity in china has been slowing – the economy isn’t contracting, it is still expanding, but it is a long way from the peak last November.

The official survey from the country’s National Bureau of Statistics showed growth in China’s factory activity fell to a four-month low in June, thanks to higher raw material costs, the global shortage of computer semiconductors and a resurgence of Covid-19 cases in the major export province of Guangdong.

The NBS said its survey of manufacturing activity eased slightly to 50.9 in June versus 51.0 in May. Its most recent peak was 52.1 in November 2020.

It remained above the 50-point mark that separates growth from contraction on a monthly basis.

Factory output figures in South Korea and Japan on Wednesday showed unexpected signs of slowdown, in part due to production disruptions in the auto sector from computer chip shortages. The shortage has also hit exports of many electronic consumer and business goods.

China’s official PMI, which largely focuses on big and state-owned firms, showed the sub-index for production eased to 51.9, a four-month low, from 52.7 the previous month. Growth in new orders, however, picked up, as the economy recovered.

The NBS said its official non-manufacturing PMI also eased sharply, falling to a reading of 53.5 in June from 55.2 in May.

Meanwhile the private survey from Caixin and Markit showed a larger easing than the official survey.

Markit said the main index fell to 51.3 last month from May’s 52, marking the 14th month of expansion, but just below analysts’ expectations for a slight slowdown of 51.8.

The private survey covers mostly export-oriented and smaller manufacturers. A sub-index for production declined to 51.0 in June, the lowest since March 2020, when the industrial sector began to rebound from the COVID-induced paralysis. New order growth also slowed down to a three-month low.

New export orders barely rose in June in comparison to a strong expansion in May as rising COVID-19 cases around the world took a toll on demand, especially the more infectious Delta version.

Since the latest wave of cases in late May, more than 150 novel coronavirus cases have been reported in Guangdong province, China’s manufacturing and export hub, prompting local governments to step up prevention and control efforts curbing port processing capacity and delaying dozens of container ships waiting to pick up export containers.

The Caixin survey did show a step up in employment and a slowdown in inflation pressures which eased slightly with input prices rising at the slowest pace since November last year.

The easing of inflation will be tested next Friday with the June monthly (and quarter and half year) inflation data release – both the Consumer Price Index and the Producer Price Index.