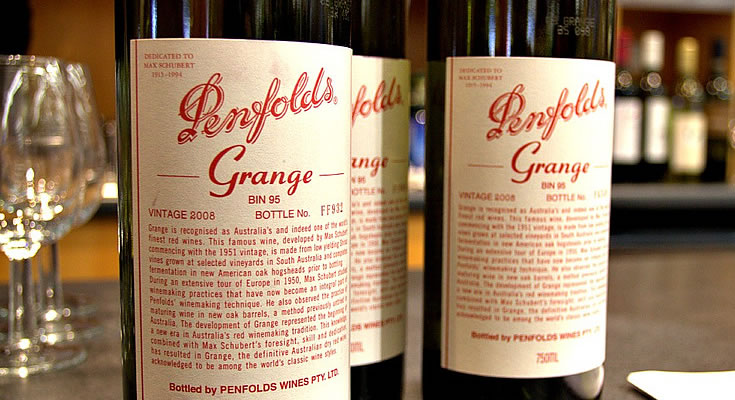 Treasury Wine Estates (TWE) shares ended a rough day down nearly 7% at $8.59, which wasn’t a bad result given the enormous dislocation caused by Friday’s news of penalty duties on Australian wine imports into China.

TWE shares fell more than 11% on Friday before the shares were halted by the ASX at the company’s request to allow it time for a statement and strategy charges to be agreed on and approved by the board and released.

Which happened first thing on Monday which saw the shares fall 9% at the opening before a small recovery for a close down just on 7%.

Treasury Wine Estates made it clear in the statement that the company is pivoting away from China, which will cost it sales and profits.

And it is preparing for the penalty duties to remain in place for years. (TWE’s wines are subject to a 169.3% extra impost).

TWE is going to try and boost sales in the United States, Europe, and fast-growing markets such as Vietnam and Thailand.

Companies large and small exported wine from Australia to China in 2019, Australia’s biggest export market, but they now face a tariff slug on their exports of between 107.1% and 212.1%.

“TWE expects that while the provisional measure announced remains in place, demand for its portfolio in China will be extremely limited,” Treasury told the ASX on Monday.

Treasury’s wine has not passed through Chinese customs since early November, and Mr Ford said it was unknown how much of its wine would sell in China under the 169.3% tariff regime.

“We are extremely disappointed to find our business, our partners’ businesses and the Australian wine industry in this position,” Mr Ford said yesterday.

TWE got about two-thirds of its Asian earnings in 2019-20 from China, equal to about 30% of total earnings. Last financial year Treasury delivered EBITS (earnings before interest, tax and the agricultural accounting standard SGARA) of $533.5 million.

TWE primarily ships high margin premium wines to China, with luxury and masstige wines making up 63% of exported volume and 91% of revenue.

Treasury said it would cut its global costs of doing business, including overhead and supply costs, and reduce its future vintage intakes to soften the impact on its earnings. But the company and Mr Ford made it clear there would be no discounting to clear unsold stocks.

It hasn’t talked about job cuts (there were some after the downgrade in January in the US) but more can be expected.