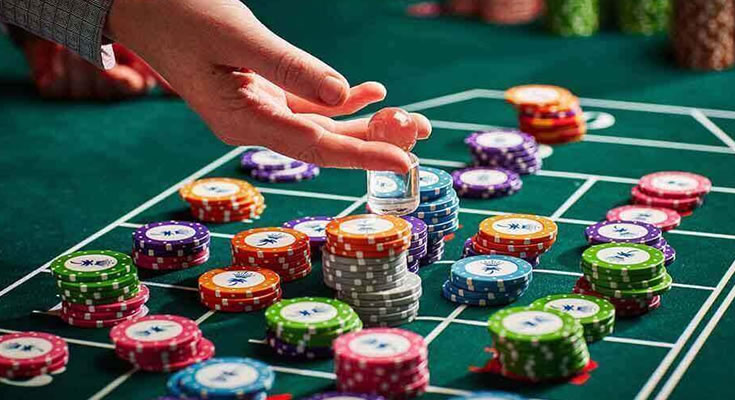 Is this the tocsin bell that sounds a warning to Australian casino operators like the embattled Crown Resorts, Star Group, Sky of New Zealand, and a couple of small players such as Lasseters and Federal Hotels?

Sheldon Addelson – one of Donald Trump’s biggest supporters and donors (and big supporter of embattled Israeli PM, Benyamin Netanyahu) is reported to quit Las Vegas in a $US6 billion sale aimed at cutting his group’s enormous near $US14 billion-plus debt pile.

Adelson’s Vegas Sands group will reportedly switch from the struggling US casino business to concentrate on Asia where it has two casinos – one in Singapore and the other in Macau.

The reason – the impact of COVID-19 on the airline and travel businesses and the realisation nothing is going to improve for a year or more while successive waves of the virus sweep through the US.

Adelson’s company did not explain why it ended plans to open an integrated resort casino in Japan last May but analysts say it was the weak prospects in Japan given the impact of COVID-19 on travel and tourism, even within countries (and the fact that Japan already has a strong domestic gambling business)

As the struggles of Crown (excluding the revelations in the NSW Commission of Inquiry), Star and other companies, the gambling industry has been one of the hardest hit because of COVID-19 impact on travel and tourism and the social distancing rules on large groups (at poker machines and gambling tables) have forced casinos to shut machines or whole sections of the gambling floors.

Adelson’s move has been confirmed by Reuters and Bloomberg which say the Sands Expo Convention Centre, the Venetian Resort Las Vegas and the Palazzo, are on the market for a reported $US6 billion.

The company reported a third-quarter loss on an 82% slump in revenue to just $US586 million. The net loss was $US771 million, a huge turnaround from the $US669 profit in the September quarter of 2019.

In August, rating agency Fitch Ratings revised the outlook on the company to ‘negative’ from ‘stable’ due to market conditions brought about by the pandemic.

Fitch had said back then that near-term prospects for the Adelson’s company’s business remained “dim” and “lacklustre” in Las Vegas.

That could be said about Australia, and Asian markets like Macau and Singapore where travel is nowhere near returning to pre-COVID levels.

Led by Crown, Australian casinos are facing tough times with national borders still closed, preventing inbound gambling tourists (so-called high rollers which are supposed to feed the tills at crown’s Barangaroo casino from the end of this year).

That’s not going to happen soon, nor will the slow re-opening of internal state borders happen fast and besides all casinos thrive on foreign not domestic tourists (except for the problem and casual small gamblers using poker machines. There are no poker machines at Barangaroo).

Fitch meanwhile Tuesday cut the outlook on Crown Resorts’ BBB credit rating from stable to negative as regulatory problems threaten to swamp the company, especially in NSW and with AUSTRAC.

Fitch said the move “reflects weaknesses in Crown’s governance structure” revealed the ongoing NSW government probity inquiry, which has examined among other things Crown’s failures to prevent money laundering at its casinos in Melbourne and Perth, and its partnerships with organised crime linked “junket” tour operators.

Fitch said its downgrade also reflected “the risks to Crown’s operations and financial profile from potential outcomes of the various inquiries, which could include fines, changes in operating conditions and regulations, or changes to or loss of licences.”

Fitch said on Tuesday that it “would consider downgrading Crown’s [Issuer Default Rating] should the regulators impose onerous regulatory conditions or fines or penalties that have a significant impact on the company’s business or financial profile.”

“The most severe regulatory action would be loss of licence. We believe there is low probability of this event, and hence have captured the risks under the Negative Outlook.

“Crown has announced measures to address the weaknesses identified. Failure to rectify these weaknesses could also lead to a rating downgrade,” Fitch said.