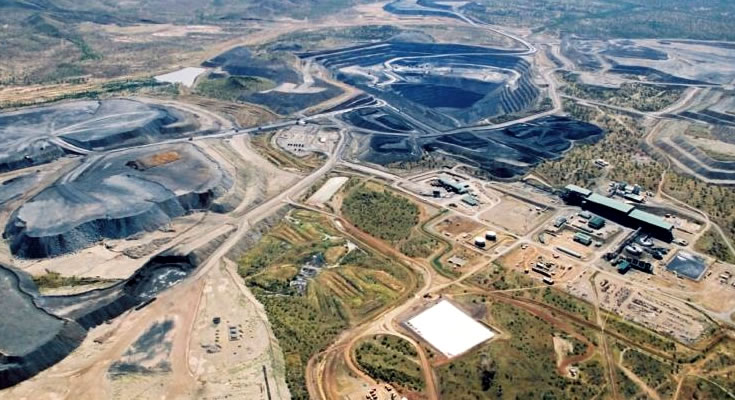 A major move for small Australian miner, New Century Resources which revealed on Tuesday that it is in talks with Brazilian miner Vale about buying the latter’s underperforming New Caledonian laterite nickel operations.

Brazil’s Vale said on Monday that it had it received non-binding offers for the nickel mining operations in April after putting them up for sale in December as the operation faced technical setbacks, a costly chemical spill, and violent protests from locals in the French South Pacific colony.

New Century is a zinc miner and says it will conduct due-diligence exclusively to buy Vale Nouvelle-Calédonie S.A.S., (VNC), which owns and operates the Goro nickel and cobalt mine.

New Century confirmed the approach in a statement to the ASX on Tuesday which saw the shares slump 10%. They later recovered a little to end down 8% at 23 cents.

No price was mentioned, but New Century did reveal plans for wholesales in the mining and processing plans for the resource.

The project’s financial viability has worsened in the past year or so and in February of this year Vale reported a surprise fourth-quarter net loss largely due to a $US2.51 billion impairment it took at the nickel operations in New Caledonia, where it also slashed full-year expected production levels.

That would help explain the initial thumbs down to the idea from investors yesterday.

The Goro mine has a processing plant and a port facility and is currently undergoing a Vale-initiated restructuring to expand the output of a mixed hydroxide product (MHP) used in the battery industry. The mine has significant support from the French government whose approval will be needed to make the deal happen.

New Century says Goro’s acquisition would make it a major supplier of nickel, and cobalt that has not been sourced from the Democratic Republic of Congo, the world’s biggest supplier of cobalt, for the electric vehicles industry.

But there are plenty of Australian sulphide nickel mining and processing operations (such as Minor, IGO Ltd, BHP Nickel, Western Areas, Panoramic Resources, which also has cobalt at its East Kimberly Savannah mine) which would be more competitive than a high-cost lateritic nickel operation.

Australian nickel miner IGO Ltd which became New Century’s top shareholder in April after taking an 18.4% stake, is reportedly supportive of the deal and intended to discuss MHP offtake arrangements in the future, New Century added.

New Century said if the deal happens, the financial terms would include a fiscal package to help with transitioning VNC’s operations from Vale Canada to the company.

The two companies also plan to consult the French government, since New Caledonia is among its territories, to confirm its continued financing support for the mine.