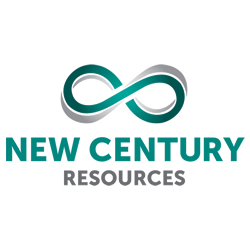 New Century Resources (ASX:NCZ) is an Australian base metal producer operating the Century Mine in Queensland with the aim of becoming one of the world’s top 10 zinc producers.

New Century acquired the Century Mine when it ceased production in 2016 and has executed an economic rehabilitation plan comprised of upgrading the mine’s existing world-class infrastructure. This rehabilitation was completed in August 2018 when the mine successfully entered production.

New Century Resources is initially focusing on the existing ore reserves to produce zinc in the lowest cost quartile globally. Substantial mineral resources exist on the mining leases which will provide a significant opportunity for mine life extension and metal production increases from the mine’s operations.