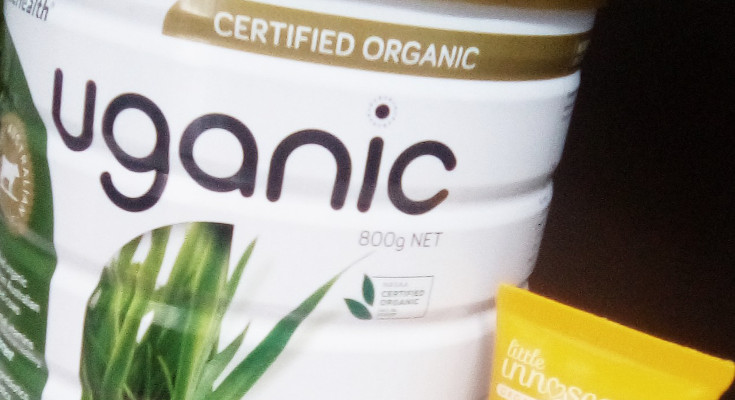 Usually referred to in the same breath as health, “wellness” is an amorphous term but that hasn’t stopped investors from flocking to listed exposures to trendy sectors such as organics, artificial meat, probiotics, vitamins and health supplements.

Strictly speaking, wellness is not a defined ASX sector and often overlaps the agricultural, biotech, nutrition and health industries. Perhaps it should be.

The revamped Eve Investments ((EVE)) highlights the difficulty of easily categorising such plays.

The former listed investment company and mining project incubator has discovered the sticky virtues of honey: not the standard variety we enjoy on toast but an organic upmarket version that taps the medicinal benefits of the oozy substance.

Given the Kerry Stokes-backed market leader Capilano Honey went private in 2018, Eve is the only ASX-listed honey exposure with similar ambitions to tap the Chinese market.

Eve’s operations are based on its acquired 2000 acres of plantation and wild melaleuca tea trees in the Bungawalbin Valley, near Ballina in northern NSW.

Some of the trees are more than 1000 years old. Tea trees are lauded for their antibacterial and healing properties, with the oils used for anything from preventing dandruff to air purification.

To date, Eve has sold tea tree oil to the US as a bulk product, but management realised it could reap much better rewards by value adding.

“The oil was being sold for $80 a litre, but the US companies repackaging and branding it were selling the stuff for $35 for 15 millilitres and making a big windfall,” says CEO Bill Fry.

Eve is seeking to tap the premium prices for product that is deemed not only as organic, but perceived as clean and green by offshore markets.

In the case of honey, beekeepers regularly move their hives to chase the best pollination, but that means the honey takes on the traits of the various trees and plants.

Eve’s hives don’t move from the tea tree forests and the honey – branded as Meluka – have distinct characteristics. Meluka, by the way, should not be confused with the more common Manuka honey brand, now the subject of a trans-Tasman ownership spat.

Unlike Capilano Honey or Beechworth Honey, you won’t find Eve’s output on supermarket shelves. It’s certainly not being panic-bought like a six pack of Quilton: stocked by health stores, a tub of Meluka honey for everyday consumption sells for around $15 for 275 grams.

A topical medicinal variant sells for $45 a tub – and you can eat it, too.

Eve stands to benefit from the ‘fake honey’ scandal which saw some producers (including Capilano) accused of selling adulterated product. Capilano said the fake honey accusation was fake news, while an Australian Competition and Consumer Commission probe was inconclusive.

“I think there’s more of a general movement globally towards natural raw ingredients,” Fry says. In the US, he notes, Amazon in 2017 bought Whole Foods Markets for an eye-watering $US13 billion.

“People are willing to pay and that’s what’s really driving the movement.”

In December, Eve’s Chinese distributor Yandi Bioengineering lodged its first order for 20,000 units of honey. The company expects to be selling its branded tea tree oil in China and the US this year.

Eve also plans to release variants including fermented probiotic drinks and – for a real buzz – cannabis infused honey (the company has a tie up with listed pot stock THC Global Group ((THC)).

Eve itself had a close shave with the summer bushfires, with flames licking the outskirts of the NSW property. Fry says some old growth forest was singed, but there’s been rapid regrowth with rain falling in biblical proportions ever since.

The organic dairy group has showed how a listed company can maintain the worth of its shares during a market meltdown: keep ‘em suspended!

Wattle shares have been frozen at 53c since October 2 last year, which belies the flurry of corporate activity which last week culminated in a deal with the Shepparton Partners Collective, better known as SPC or the former Shepparton Preserving Company.

Wattle’s saga started in November last year when the company tried to raise $62 million in a rights issue, but managed only $11.6m.

The whip ‘round was aimed at moving to majority ownership of Melbourne’s Blend and Pack, the country’s biggest independent infant formula canning plant. This involved taking out the Hong Kong based Mason Dairy Holdings’ 75% stake.

Wattle then launched a revised $40m rights raising in January, also at 40c a share. But on April 3 this one was declared extinct. Given the deal included $US15m of shares (valued at 40c apiece) and an $US30m deferred payment, one can understand the vendor’s reluctance to forge ahead in the current market climate.

In a denouement of sorts, Wattle this week said it had raised $4.86m in a placement at – ahem – 15c apiece. The SPC deal involves jointly expanding and marketing the parties’ product portfolios, using the strength of SPC’s distribution network.

The frantic chain of events makes for a lively baptism for new Wattle chief McKenna, who replaced Wattle founder Lazurus Karasavvidis in the role in January.

“I’m fully aware the company has been through a lot of challenges,” McKenna told investors at the time.

On the bright side, sales of Wattle Health’s Uganic (infant formula) and Little Innoscents skincare lines remain robust and in the longer term the industry dynamics look favorable.

Wattle has forged a tie-up with Chemist Warehouse, which will stock Wattle’s infant formula and skincare products for at least ten years. The ubiquitous pharmacy chain also gets up to 20 million Wattle shares, mainly in return for marketing support.

Wattle has also entered a joint venture with the Shanghai based Nouriz Fine Foods, which enables access to 8000 Chinese stores through various distributors.

Wattle’s pitch to struggling dairy farmers is that while it takes at least three years to convert a pasture to organic production, they will enjoy premium returns thereafter.

“We want to give them an opportunity for more revenue and as an organic farmer you do get that,” McKenna says.

He’s not surprised that national milk production has fallen to eight billion litres annually, from 12 billion litres a decade ago. “It’s a really hard slog. Whether it’s the cost of feed or water, it’s really challenging,” he says.

On the demand side, Chinese parents are craving organic product in a market that’s still scarred by past contamination scandals. Organic milk accounts for only one per cent of Australian production, but of this pail 65% is – or was — shipped to China.

The coronavirus is also heightening awareness of unadulterated foods but the flipside of course is supply chain chaos.

Wattle has its milking hand on the country’s biggest organic supply, via a tie-up with the Organic Dairy Farmers of Australia (ODFA) co-op.

Corio Bay Dairy Group, a joint venture between ODFA and Wattle, is building the country’s first organic milk spray dryer. In return for receiving up to 40 million Wattle shares based on revenue hurdles, SPC will “assist” Wattle to secure a $20 million loan to ensure the plant is completed.

Management expects the company to be “cash-flow neutral” by June of this year and profitable by December 2021.

Given the valuation implied by the capital raising, the SPC news and the general COVID-19 climate, only a mad punter would guess where Wattle shares end up when trading resumes after such a long hiatus.