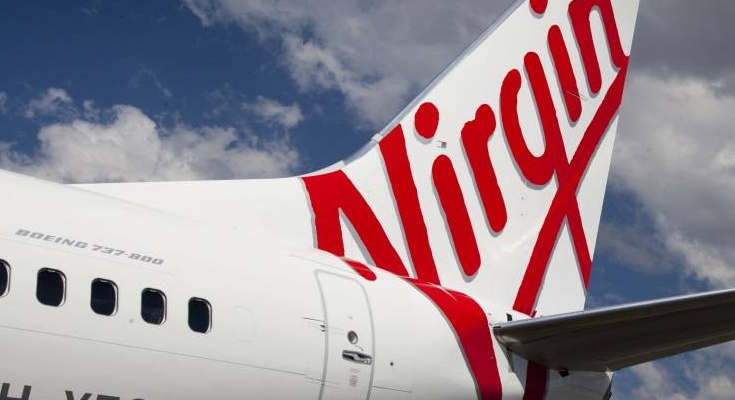 Virgin Australia wants a bailout from Canberra, regional operator, Rex does as well, while Air New Zealand, which last week received a $NZ900 million capital injection from the Kiwi government, has started following its Australian rivals and slashing staff numbers.

It emerged yesterday that Virgin had asked the federal government for a $1.4 billion loan to help it survive the coronavirus crisis.

For a while yesterday Qantas wasn’t in the news yesterday – a week ago it raised $A1.050 billion in new debt and starting cutting staff – until Virgin’s bailout pleas drifted into the public gaze.

But once it heard to the Virgin request for aid, out came the begging bowl which media reports said the airline wanted filling by $4.2 billion in support.

Qantas says that if its rival gets aid, the government should give the aid based on size and seeing Qantas is around three times the size of Virgin, then it should get around $4.2 billion.

There is an irony here – Qantas really doesn’t want help and CEO Alan Joyce has been campaigning actively against aid to Virgin from Canberra.

Virgin says the loan could be in a form of convertible securities that would allow the government could convert the loan to an ownership stake in the country’s second-largest airline if not repaid in two to three years.

Virgin made a formal request to the federal government in a letter sent last week and is pushing its rescue as part of a broader $5 billion airline industry support package. The sector has already received close to $1 billion in fee cuts, reversals, and suspensions.

A Virgin spokesman would not provide further details on the request but said it would be “necessary for the industry if this crisis continues indefinitely, to protect jobs and ensure Australia retains a strong, competitive aviation and tourism sector once this crisis is over”.

Singapore Airlines was bailed out last Thursday night by the Singapore government via its Temasek Holdings investment fund (which already had a 55% stake in the airline) and by a big government dominated bank which lent SIA $S4 billion in a bridging loan to enable it to continue in business. Temasek owns 29% of DBS, so the loan was part of the government bailout.

HNA is broke and asked Chinese governments for rescue and financial aid in February. Etihad and Virgin are, like other aviation groups, struggling as well.

For Australian regional operator, Regional Express Airlines (Rex), the problems got worse on Tuesday and it is no doubt looking to join Virgin for a bailout.

The airline said in a statement its cash flow had nosedived due to “the spectacular drop of patronage” as a result of novel coronavirus restrictions and border control measures.

“While the federal government has announced several assistance packages for airlines, no concrete details have been forthcoming and more importantly, not a single cent has been disbursed,” the company’s statement said.

“With cash fast running out and no immediate prospect of a workable solution from the Queensland government, Rex has no choice but to declare a force majeure event for the contract.

“[We will] suspend all services on Queensland regulated routes indefinitely until it has the ability to service the contract in a commercially viable manner.”

Across the Tasman and Air New Zealand has started cutting staff with the announcement that a third of its employees, about 3,500, will be laid off in the coming months, as it the impact the coronavirus has had on air travel at all levels.

The airline employs 12,500 people and said yesterday the number of cuts was a “conservative” assumption, and that it could rise if the domestic lockdown and border restrictions were extended.

Large scale layoffs of its global staff will start this week, the company said.

“Unfortunately, COVID-19 has seen us go from having revenue of $NZ5.8 billion (($5.7 billion) to what is shaping up to be less than $NZ500 million annually based on the current booking patterns we are seeing,” Chief Executive Officer Greg Foran said in an email to staff and customers.

We have had to cut more than 95 percent of our flights here in New Zealand and around the world. The only flights remaining are in place to keep supply lines open and transport options for essential services personnel,” Mr. Foran added.

Earlier in March, the New Zealand government offered the airline a $NZ900 million lifeline to keep it in the air.

The company also noted that “every dollar we use from this loan facility comes with interest (more than double current interest rates for a household mortgage) and must be repaid.”