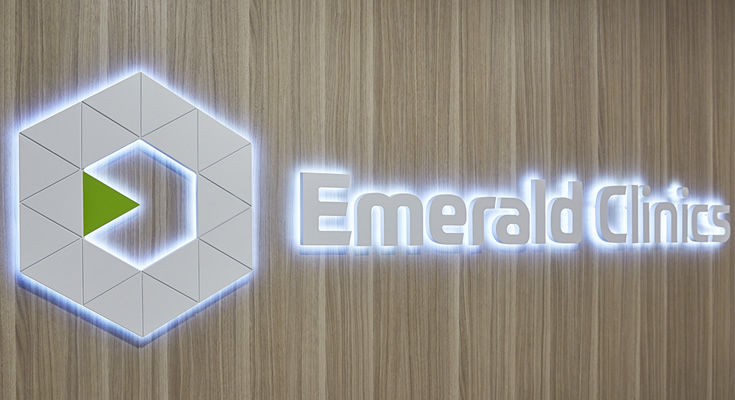 Having been long on promises but short on deliverables, the ASX listed cannabis sector is taking an evolutionary step from growing the stuff to proving that pot is indeed the healing herb it is meant to be.

To date, the use of medical marijuana has been supported anecdotally but formal clinical evidence has been lacking. So it’s a race to build so-called ‘real world evidence’, which is data on how the therapies work (or don’t work) with everyday patients.

In this context, Emerald Clinics (EMD, 10.5c) staged its much anticipated ASX debut after raising $6 million of the maximum $8m. The news for shareholders so far is not good, with the 20c stock opening at a 30 per cent discount and continuing to wilt since as pre-IPO investors who got in at 10c/sh take their chance to exit.

The backdrop to the Emerald Clinics story is that the powerful US Food and Drug Administration is more inclined to accept real world evidence. It’s no coincidence that at CSL’s interim results CEO Paul Perreault this week was also banging on about the need for the biotech giant to bolster its data analytics.

While the federal government legalised medical pot in late 2016 and about 130 cannabis drugs are accessible, the Therapeutic Goods Administration has only approved one of them (Sativex, for muscle spasticity related to multiple sclerosis).

As a result, patients need to access unapproved cannabis drugs via a special access scheme, in which the TGA allows usage on a case-by-case basis. GPs remain wary of pot therapies, which is not surprising given the sceptical view of health regulators globally.

Emerald differs to its pot peers in that it operates specialist cannabis clinics for patients referred from elsewhere. But its real growth prospects lie not in consultation fees, but accruing de-identified data on how the patients are faring under the various drugs and dosages.

To date, Emerald is the only party real world evidence in the cannabis sphere. The plan is to sell this growing data to parties such as drug developers, who can use the stats as an alternative to expensive formal clinical trials.

Emerald opened its first clinic in Perth’s West Leederville in December 2018 and now has three more, in Sydney’s Woolloomooloo, Richmond in Melbourne and Tintenbar in northern NSW.

The company has slated two more local outlets, as well as one in Britain which has broadly similar (but stricter) regulations.

Emerald claims about 1000 active patients on its books. Aged 70 on average, these patients have tried every other therapy for conditions such as non-cancer and cancer pain, cancer induced nausea and vomiting, neuropathic pain and anorexia and wasting resulting from chronic illnesses.

Many of them are in palliative care.

“Cannabinoid medicine has not penetrated mainstream medicine,” says Emerald executive chairman Dr Stewart Washer. “The majority of doctors don’t believe there is enough evidence. They are not willing to prescribe to patients but they are willing to refer them (to specialist clinics).”

As Emerald’s prospectus notes, there have been few well-designed medical cannabis trials and thus limited evidence on effective forms and dosages of the weed.

“Therefore to increase the number and range of indications of medical products in Australia, more clinical evidence is required to support the use of each product.”

One risk for investors is that demand will be subdued because the therapies are not subsidised under the Pharmaceutical Benefits Scheme and are not covered by private health insurers.

Happily for patients, there’s no shortage of raw cannabis supply globally and plenty of drug development work which means the cost of treatment is declining. Emerald patients pay an average $200 to $300 a month, compared to $400 a mere six months ago.

Despite medical pot’s tentative start, usage is creeping up. In December 2019 the TGA approved 3685 applications, 8 per cent higher than the November tally and seven times higher than the previous December.
Cumulatively, 28,000 patients have received a prescription, 90 percent of these in the last 12 months.

Emerald, meanwhile recorded modest receipts of $109,909 in the 2018-19 year and burnt $2.59m of cash. To remove the risk of overzealous prescribing, the clinicians are paid per day rather than per consultation or per scrip.

In terms of monetising the data, Emerald has a deal with Spectrum Therapeutics a division of Canada’s Canopy Growth (the world’s biggest pot stock).

Emerald also has a tie-up with listed pot stock Zelira (formerly Zelda) Therapeutics, in view of Zelira accessing data for patients treated with pain and insomnia.

Washer says the insurers are highly receptive to reimbursing the drugs that are proven to work, especially when they are an alternative to opioids for conditions such as chronic back pain. It’s no coincidence the board includes the British clinician Sir John Tooke, who sat on the board of the health insurance giant BUPA.

Given the weighting of pain-related conditions the treatments to date have been heavy on the THC, the psychoactive element of the weed. But Emerald’s data suggests that other cannabinoids in the plant – of which there are hundreds – are effective as well.

“We are seeing quite interesting and profound effects in a range of people with funky diseases I have never heard of.”

The FDA has green lighted only three cannabis drugs to date. The first to be approved, the epilepsy treatment Epidiolex has become an $US300m a year cash cow for its owner, GW Pharma.

Washer says while few drug companies would risk hundreds and millions on a fully- fledged pot trial, the Epidiolex experience highlights the size of the price.

“As a cannabis company you can either play a commodity game and be the cheapest … or move away from the masses and put real clinical evidence beside it.”

Washer says there’s nothing to stop Emerald from amassing data on novel non- cannabinoid treatment such as the use of psilocybin to treaty anxiety and depression.

Psilocybin? Ageing hippies will know them better as magic mushrooms.

Washer needs no introduction in the biotech world. Apart from being the son of former Howard era health minister Mal Washer, Washer is on the boards of the listed Orthocell and Cynata Therapeutics and previously was a Zelira director.

Washer and his family interests account for 26 per cent of Emerald’s register, down from 36 per cent previously because of the dilution.

In our opinion, it’s too early to tell whether it’s more than a concept stock with good intentions.

The WA based pot pioneer is slated to list on February 20, based on its paddock-to- prescription model of growing the weed and refining it into medicines for local and export markets.

Little Green Pharma is somewhat of a little green pioneer, having been the first cannabis stocks to harvest a commercial stock (in May 2018) and derive a therapy from the local product.

The company has raised its targeted $10 million; in fact, the issue was oversubscribed. The funds will be used to expand its indoor hydroponic facility in WA to support annual output of 110,000 bottles of its branded cannabis oil.
Having won an export licence in January last year, the company is preparing to ship its first order to Germany, where medical dope is legal but growing the stuff is verboten.