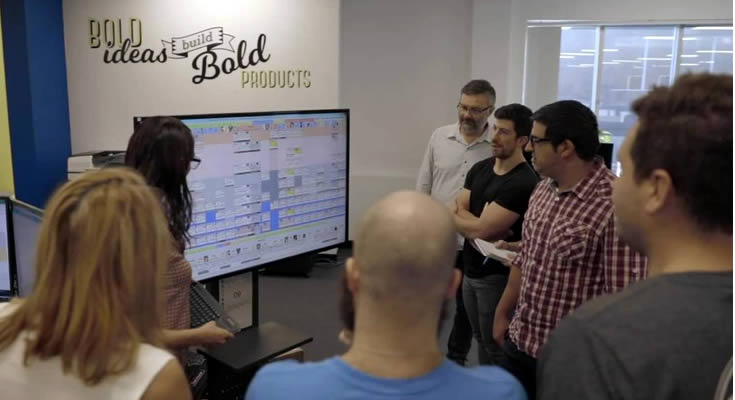 The pressure on shares in WiseTech Global boiled over yesterday, sending them down by more than 12% before the company asked for a trading halt to allow it to make a second reply to allegations from a Beijing based US-Australian hedge fund called J Capital.

The shares ended at $26.30, down 12.3% after WiseTech said it would release another statement (the first was after the close of trading last Friday) by tomorrow morning.

J Capital Research on Monday published a second research report into WiseTech, claiming the 34 freight-forwarding platforms WiseTech has acquired for $400 million in recent years have been poorly integrated.

“WiseTech’s acquisition spree looks like a frantic effort to maintain the narrative that this is a fast-growing technology business,” J Capital wrote in the report titled “The Closer You Look the Uglier It Gets”.

The $26.30 before the halt was a four-month low for the shares which have lost 22% in value in the past two trading sessions and nearly 30% in the past month. That’s more than a billion dollars off the market value of WiseTech.

In its Friday statement, WiseTech called J Capital’s prior report an “unconscionable” attempt to manipulate the market by a short seller that acknowledged it stood to realise financial gains from a declining share price.

“We acknowledge the right to differing opinions, but we are deeply concerned about the extensive value destruction that can be wrought from short-seller reports that potentially damage our shareholders large and small and the integrity of investment markets,” WiseTech chief executive Richard White said in that statement.

Yesterday was the first traders had to react to Friday’s statement but the second JCapital statement hit like a shock (as it was no doubt intended to do).

“We would ask the relevant regulators and government, not just for ourselves but for the many listed Australian corporations regularly subjected to similar attacks, to consider the complex issues raised and damage caused by reports of this type issued by the US or overseas short seller,” Mr. White said in Friday’s statement.

Ms. Stevenson-Yang said she interviewed 14 executives who work at seven companies acquired by WiseTech, and “the feedback was consistent: Integration has been slow or non-existent, promised features never get added, and WiseTech’s vertical management style makes decisions slow and bottlenecks hard to breakthrough.”

“WiseTech’s acquisition spree looks like a frantic effort to maintain the narrative that this is a fast-growing technology business,” said the J Capital report.

J Capital was founded in late 2007 by Ms. Stevenson-Yang, an American living in China, and Tim Murray, the former Labor candidate for the federal seat of Wentworth in the 2018 by-election and the May 18 federal poll.