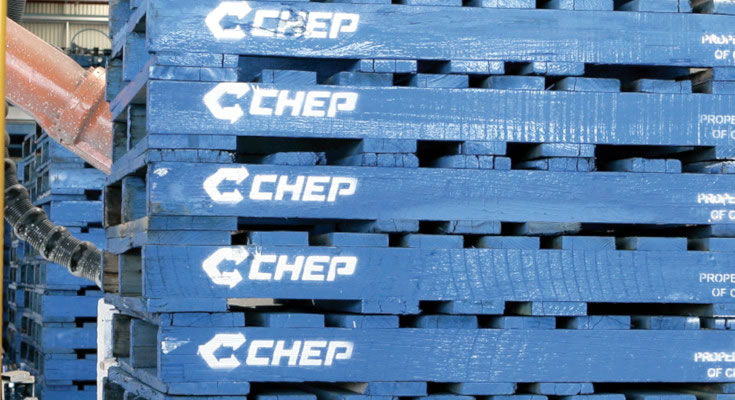 Brambles has joined Seek in revealing plans to cut dividends to shareholders from this financial year onwards.

The decision came on the day the company revealed a modest rise in profits for the year to June and a steady final and annual payout to shareholders which at 29 cents a share may be as high for a while.

Brambles will adopt a new dividend policy from its next interim dividend onwards, indicating in Wednesday’s announcement that it would target a payout ratio of 45-60 percent of underlying profit after finance costs and tax.

It said this was in line with its historic payout levels of about 55%.

The slow realisation by investors of the sliced payout range saw the shares sold down in late trading to where they ended the session off 9.4% at $11.79

With the new parameters in place, Brambles could continue to pay a dividend of 14.5 cents a share as an interim for the December half and a similar-sized payment in a year’s time for an unchanged 2019-20 payment.

That could certainly be the case in a year’s time with the company releasing a weak outlook for 2019-20.

The company said yesterday that it is looking for 2019-20 to produce “Sales revenue growth to be at the lower end of its mid-single-digit growth objective, taking into account the ongoing slowdown in global economies and the automotive industry; and Underlying Profit growth to be in line with, or slightly above, sales revenue growth. “

That reads like Brambles is really warning the coming year will see little or no growth at best and perhaps a dip in revenue and earnings at worst – thereby justifying the decision to change the dividend payout parameters.

But the wider range gives it the ability to trim payouts and this year could see that happen if the rising level of global uncertainty triggered mostly by Donald Trump’s trade wars with China, the EU and other countries (which has encouraged other disputes) hits global trade flows and output.

So while WiseTech global sees gains in the current global trade wars and tariffs, Brambles CEO, Graham Chipchase sees problems ahead for the logistics group and its place at the heart of the global economy.

Mr. Chipchase said he fears a “contagion effect” generated by the US-China trade war could trigger a wider slowing in the various global economies in 2019-20.

Brambles reported the full year 2019 underlying profit of $US804 million ($A1.19 billion), up 2% on a constant currency basis from the previous year but down 3% on a statutory basis.

The company said continuing supply chain efficiencies had once again achieved helped offset cost inflation in the regions where it operated.