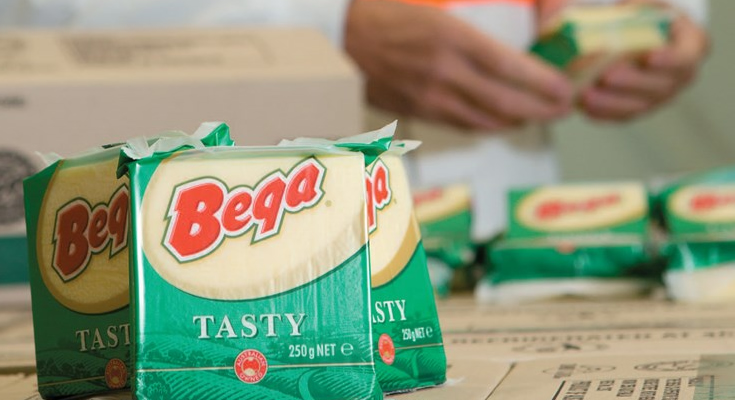 The shares had a good day out in yesterday’s rebounding market after a Federal Court win in a delicate court case involving “trade dress”.

The shares were given a big early boost from the news it won a case against Kraft Heinz. As a result, Bega can now use Kraft’s Peanut Butter packaging, which was purchased as part of a deal with Mondelz in 2017, when it also bought Vegemite.

The win applies to the look and packaging for its Smooth and Crunchy Peanut Butter.

Kraft Heinz had claimed ownership “of the legal rights in the peanut butter trade dress associated with the product packaging, comprising a jar with a yellow lid and a yellow label with a blue or red peanut device with the jar having a brown appearance when filled”.

Mondelezt tried to stop Bega using the existing packing, but the Federal Court has ruled it can continue to use what is known as trade dress.

“The Federal Court judgment, which was delivered today, has rejected this, and determined that Kraft Heinz’s use of the trade dress is misleading or deceptive under Australian law,” Bega said in yesterday’s statement.
“We look forward to continuing to produce and supply our customers with our much-loved peanut butter products.”

Bega said it “will review the lengthy Federal Court judgment and make any necessary further announcement following this review.”

A bust of early enthusiasm yesterday for Mineral Resources shares ran out of puff by the close after the company told the Macquarie investment conference in Sydney that its earnings outlook was looking a little better.

That was after Mineral Resources told the conference and the ASX that earnings before interest, tax, depreciation, and amortisation for the full year were now expected to be between $360 million and $390 million.

Analysts were expecting lower than this and the share price has jumped by 3.5% on opening.

Mineral Resources said this latest estimate this result presumes spodumene (lithium) concentrate is priced at $US682.38 per tonne, 62% iron ore plus the price of shipping (CFR) is at $US83.89 per tonne (Over $US93 a tonne at the moment), and the Australian dollar stays around US72.3 cents. It is currently around 70 – 70.50 US cents.

Securities in Dexus, the country’s biggest office investors went into a trading halt yesterday until today on reports it was looking to raise around $1 billion.

The trading halt is due to end today. The securities ended Tuesday at $12.50 each.

At that price, Dexus was valued at $12.7 billion so the fundraising can be made to major investors without shareholder approval (being less than 15% of the value of the company.

The reports said the cash raised will be used to help purchase the $1.3 billion office development at 80 Collins Street, Melbourne.

On March 28 Dexus confirmed reports it was in due diligence on the project with capital partners.

The 80 Collins Street property includes a 52-story tower leased to private and state government tenants. There is a mixed-use project, comprising a 39-story office building, with a 300-room hotel and a retail complex being developed nearby.