CSL shares rose yesterday despite the company revealing itself to be a victim of the strong Australian dollar with earnings growth slowing because of the rise in the currency.

A few hours after the currency hit a 14 month high of well over 91 US cents, CSL said that the growing success of its business overseas could affect its annual profit, and it would not frank its interim dividend as a result.

CSL said despite the higher earnings offshore, profit could be affected by the strengthening Australian dollar.

At the company’s annual general meeting yesterday CSL said trading had been in line with expectations at the end of the first quarter of the current financial year.

Investors seemed to focus again on the warnings the current strong exchange rate could hurt profits over the remainder of 2010, especially with 80% of sales now made offshore

"However, if currency rates on October 9, 2009, were to apply for the balance of the fiscal year, the net profit after tax range referred to earlier would be in the order of $970 million to $1.07 billion."

CSL is not going to be the last internationally active company, either exporter, investor or multi national that will reveal such an impact on sales and earnings.

Given that forecasts are for the Australian dollar to continue at current or higher rates against the US dollar, investors should expect confirmation of a profit hit for the interim next February-March and for the final later in 2010.

No one expects the Aussie dollar to fall, unless there’s a sudden fall in investor confidence around the world or a sharp slowdown in the hesitant international recovery.

The blood products and pharmaceutical group also said that, as the business grows successfully offshore, its ability to provide fully franked dividends declined.

“As shareholders would know, franking is a function of Australian derived profits.

"During the 2008/2009 fiscal year approximately 80% of CSL Group sales were derived offshore.

"It is CSL’s present intention that franking credits generated from these activities will be passed on to shareholders as and when they are generated.

She warned that following the rollout of the human papilloma virus vaccine program in Australia, CSL’s sales of the high profile Gardasil vaccine is expected to "decline substantially" as the catch-up program drew to a close.

This has been a highly successful public health campaign with more than 70% of females aged 12 to 26 now vaccinated. CSL also received royalty payments of $161 million from the international sales of human papillomavirus vaccines.

But the novel H1N1 influenza vaccine was expected to provide a strong contribution in the current financial year.

The company also announced on Wednesday that it would donate three million doses of swine flu vaccine to the World Health Organisation for use in developing countries in the South Pacific and South East Asia.

In August, CSL reported a 63.3% jump in annual profit to $1.15 billion and declared a final dividend of 40 cents per share, unfranked, taking the total for the year to 70 cents.

CSL’s revenues were up by 32% to $5.04 billion :"Underlying operational profit was up 45% to $1.02 billion, after adjusting for several  one-off beneficial items. Cash flow from operations grew 49% to $1.03 billion. CSL remains well positioned with a very strong balance sheet," the chairman told the AGM yesterday. 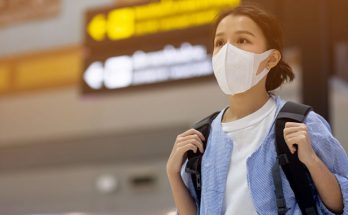 NetLinkz Helps Beijing Government Get People Back To Work